Paul de Lagarde: Banking Should be a Government Enterprise

Introduction by Hadding Scott: Paul de Lagarde (1827 – 1891) was a professor at the University of Göttingen and highly respected in the field of ancient Near-Eastern languages. He was chiefly concerned with elucidation of the Bible, but also wrote books about the ancient Persians and Armenians, among others. He urged that Christianity be purged of Semitic elements.

He was a member of the Conservative Party, and the original proponent (in 1885) of the mass-deportation of Jews from Europe to Madagascar.

Paul de Lagarde and the Banks

by Alfred Rosenberg
Völkischer Beobachter, 8 May 1921

NOT INFREQUENTLY have nationalist leaders had to struggle with the reproach: “Why do you people come forth with your demands only now? Why didn’t you tell us this before?” And always the response then must be that almost all the demands were already made decades ago, but nobody paid attention to those lone strugglers, because the entire world was intoxicated with cheap slogans and liberal mantras.

Even nationalization, which means governmental control of the entire banking system, as the fundamental prerequisite for a national economy that would be independent from Jewish speculators, is an old demand. In this context it is an honor-bound duty also to remember the man who was one of the most determined and righteous Germans that the 19th century gave us: Paul de Lagarde.

According to Lagarde, the Reich had to secure for itself, in addition to all other monopolies, the monopoly of money and credit:

This answers the requirements for a steady source of revenue to cover regular governmental expenditures, first, in regard to the fact that money and credit worth the same as money [are] used by everybody*, so that what is meant to serve all according to their share in the economic life of the state is likewise absorbed proportionally…. The postal service, telegraph, railroad, are all entirely in the hands of the Reich. The transactions of people with each other and the movement of wares has grown into such a big thing that there is nobody that does not take part in it. Everything however that concerns all of us is the prerogative of the state. Therefore, just like the three modes of transaction, so should money and credit be under the administration of the government.[1]

How to implement the necessary arrangements is easy to discover:

If the so-called Reichsbank – a private institution strongly entangled with Jewry – has main and branch-offices throughout the entire Reich, so too can a genuine, completely judain-free Reichsbank – a state institution – have main and branch offices throughout the entire Reich. If there are post-office savings-banks, so can there also be Reich savings-banks.[2]

Furthermore, the monopoly on credit will bring in more money for the government, while cutting out the noxious intermediary Jews:

What the Reich gains, the Jews of course will not gain.[3]

A further advantage of the monopoly on credit would be the limitation of financial trading. Many shady stockmarket-players would refrain from their unclean business if Reich officials had the right to investigate their arbitrages [Differenzgeschäfte].

The need of creditworthy borrowers for money would be satisfied by impartial officials of the Reich, not by bloodsuckers of foreign nationality, whereas loans would be denied to unreliable and weak hands. Through the latter, only seemingly harsh measures, that misery would be averted which the Jewish money-man so often now calls forth by lending to rash youth in the expectation of eventually forcing the borrower’s honorable but poor family to cover his ill-considered debts to preserve their reputation….[4]

Compensation would not be granted to the owners of currently outstanding debts. The sponge has soaked up entirely enough so as no longer to be in need of water. Whomever anger about our injustice would drive from our borders, yes indeed he should go; he does us a favor by his absence.[5]

As one sees, Lagarde discerned long ago the point where the lever should be placed so as to move the German people to recovery. With just a few others he stood alone; the octopus of the banks however embraced the folk with tentacles becoming ever tighter. And thus the German folk entered the war in 1914 and – something that worried the cadre of resistance against a world of enemies – was handed over to the Jews’ banks. The Ballin-Rathenau System subjected Germany to usury and undermined the foundation of the German house. Discontent grew. This discontent was in turn stoked by Jews and, with the help of all the Jew media, urged onto the wrong track. As Rathenau later cynically stated: world history would have lost its meaning if Germany had won![6] These words no German should forget.

Regarding Ballin-Rathenau, I refer to the disturbing book by D. Arnim: Die Juden in den Kriegsgesellschaften. What is to be noted concerning the banks, is that 280 Jewish bank and exchange houses constitute the basis of Berlin’s entire monetary system, among them the firms Warschauer, Mendelsohn, Bleichröder, Oppenheim, Heinemann, and Goldschmidt. The 100 banks of Frankfurt are almost all Jewish. Hamburg has around 40, Hannover 30, Munich 20, Leipzig 12, Nuremberg 25 Jew-banks. Besides those, another 400 of Germany’s banks are found in the hands of the Chosen People. The situation is exactly the same in all other countries.

Among the most courageous pioneers of this national-socialist idea should be counted, even ahead of others, Paul de Lagarde. German posterity will erect a monument to him.

1. Deutsche Schriften, p. 378.
2. Ibid., p. 497. Judainfrei seems to be a word that Lagarde invented. Since Judain would mean some distilled Jewish essence, Lagarde’s word judainfrei means free of Jewish poison. That word appears in the essay, “Die nächsten Pflichten deutscher Politik” (1885). Friedrich Nietzsche was probably in some way imitating Lagarde when he coined the word moralinfrei (free of moral poison), which appears in Der Antichrist (1888).
3. Ibid., p. 498.
4. Ibid., p. 498.
5. Ibid., p. 499.
6. Ibid., p. 499. What Rathenau said in the fall of 1914 was: “The moment will never come when the Kaiser and his Paladins on their white chargers ride victorious through the Brandenburg Gate. On that day world history would have lost all meaning.” Ludendorff understood this as an expression of defeatism, but Rathenau’s defenders have claimed that it only indicated his disapproval of the Kaiser. It seems to show a lack of enthusiasm for the German cause in any case.

*Literally it says “all the world,” but since only Germany is meant, I take it to be a calque of French tout le monde, thus carrying the same connotation, “everybody.”

"Long Live Freedom of Speech": UK Bank Closes All RT Accounts
What Does Alfred Rosenberg's Diary Say About the Holocaust?
To All Europeans: United, We Can Defeat the Banks
Europe: Banks Now Canceling Accounts of Racial-Nationalists
US Credit Card Debt Balloons to $917 Billion
Jew After Jew After Jew After Jew
The Bankers' Secret Laws
Opting Out of the System
Tags:Alfred RosenbergBankingPaul de LagardeUsury

Why Did All of Biden's Children Marry Jews? 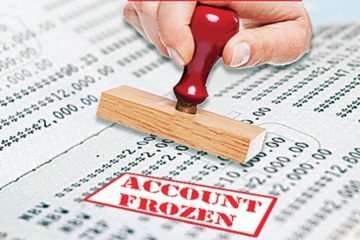 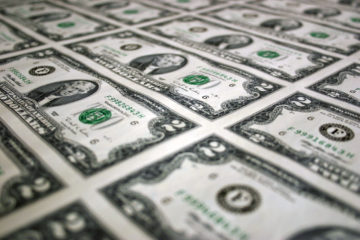 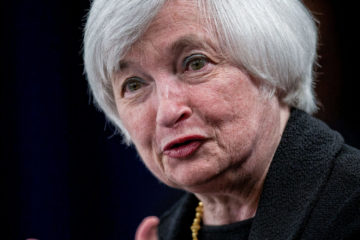 http://www.theoccidentalobserver.net/2015/03/06/jews-and-moneylending-a-contemporary-case-file-part-1-of-3/ Jews and Moneylending: A Contemporary Case File, Part 1 of 3 March 6, 2015 by Andrew Joyce, Ph.D. “Interest on debts grows without rain.”-Yiddish Proverb Some things never change, and one of these things seems to be the Jewish connection to usury… Likewise, when mass Jewish emigration to the United States occurred, beginning in the 1850s, pawn-broking very quickly became dominated by Jewish immigrants as family networks and interest-free loans between Jews facilitated the buying up of the industry. A New York Times report in 1866 on the trade in stolen goods observed that Jews had “a monopoly of the pawnbroking business in this City.”[19] Wendy Woloson notes in her excellent history of pawning in America that in the United States, by 1860, “pawnbrokers and resale traders in most… Read more »

The current model of banking and currency is based on the Bank of England model, founded in 1694. Benjamin Franklin stated that the main reason for the American Revolutionary War was the insistence by George III that the American colonies accept Bank of England banknotes, which were issued as promissory notes, rather than use the increasingly successful American fiat script, issued by the colonies in the CORRECT quantity and not bearing debt! We must be prepared for a new monetary system, an honest one, when our present debt-based banking cartel collapses. Kindly read and critique this proposed Constitutional Amendment. But first, a little background… From “The Truth in Money Book” by Theodore R. Thorsen and Richard F Warner: QUOTE Someone had to borrow at usury to bring that money [checkbook… Read more »

Paul de Lagarde: Banking Should be a Government Enterprise