As we see so often in America, the ostensible reasons given — by both sides — are almost never the real reasons. The battle for control of power and symbolism proceeds as always along racial lines, but Whites (and often other non-Jews) are compelled to deny their real motivations and interests, which severely limits their effectiveness. This controlled media piece shows a small, likely temporary, dent being made in the anti-White tsunami — and it truly is sickening to hear the supporters of the reversion say they “want to find another way to honor Dr. King.”

KANSAS CITY voters on Tuesday overwhelmingly approved removing Dr. Martin Luther King’s name from one of the city’s most historic boulevards, less than a year after the city council decided to rename The Paseo for the civil rights icon.

Unofficial results vote showed the proposal to remove King’s name received nearly 70% of the vote, with just over 30% voting to retain King’s name.

The debate over the name of the 10-mile (16.1 kilometer) boulevard on the city’s mostly black east side began shortly after the council’s decision in January to rename The Paseo for King. Civil rights leaders who pushed for the change celebrated when the street signs went up, believing they had finally won a decades-long battle to honor King, which appeared to end Kansas City’s reputation as one of the largest U.S. cities in the country without a street named for him.

But a group of residents intent on keeping The Paseo name began collecting petitions to put the name change on the ballot and achieved that goal in April.

The campaign has been divisive, with supporters of King’s name accusing opponents of being racist, while supporters of The Paseo name say city leaders pushed the name change through without following proper procedures and ignored The Paseo’s historic value.

Emotions reached a peak Sunday, when members of the “Save the Paseo” group staged a silent protest at a get-out-the-vote rally at a black church for people wanting to keep the King name. They walked into the Paseo Baptist Church and stood along its two aisles. The protesters stood silently and did not react to several speakers that accused them of being disrespectful in a church but they also refused requests from preachers to sit down.

The Save the Paseo group collected 2,857 signatures in April — far more than the 1,700 needed — to have the name change put to a public vote.

Many supporters of the Martin Luther King name suggested the opponents are racist, saying Save the Paseo is a mostly white group and that many of its members don’t live on the street, which runs north to south through a largely black area of the city. They said removing the name would send a negative image of Kansas City to the rest of the world, and could hurt business and tourism.

Supporters of the Paseo name rejected the allegations of racism, saying they have respect for King and want the city to find a way to honor him. They opposed the name change because they say the City Council did not follow city charter procedures when making the change and didn’t notify most residents on the street about the proposal. They also said The Paseo is an historic name for the city’s first boulevard, which was completed in 1899. The north end of the boulevard is listed on the National Register of Historic Places.

The City Council voted in January to rename the boulevard for King, responding to a yearslong effort from the city’s black leaders and pressure from the local chapter of the Southern Christian Leadership Conference, a civil rights organization that King helped start.

U.S. Rep. Emanuel Cleaver, a minister and former Kansas City mayor who has pushed the city to rename a street for King for years, was at Sunday’s rally. He said the protesters were welcome, but he asked them to consider the damage that would be done if Kansas City removed King’s name.

“I am standing here simply begging you to sit down. This is not appropriate in a church of Jesus Christ,” Cleaver told the group.

Tim Smith, who organized the protest, said it was designed to force the black Christian leaders who had mischaracterized the Save the Paseo group as racist to “say it to our faces.”

“If tonight, someone wants to characterize what we did as hostile, violent, or uncivil, it’s a mischaracterization of what happened,” Smith said. “We didn’t say anything, we didn’t do anything, we just stood.”

The Rev. Vernon Howard, president of the Kansas City chapter of the SCLU, told The Associated Press that the King street sign is a powerful symbol for everyone but particularly for black children.

“I think that only if you are a black child growing up in the inner city lacking the kind of resources, lacking the kinds of images and models for mentoring, modeling, vocation and career, can you actually understand what that name on that sign can mean to a child in this community,” Howard said.

If the sign were taken down, “the reverse will be true,” he said.

“What people will wonder in their minds and hearts is why and how something so good, uplifting and edifying, how can something like that be taken away?” he said.

But Diane Euston, a leader of the Save the Paseo group, said that The Paseo “doesn’t just mean something to one community in Kansas City.”

“It means something to everyone in Kansas City,” she said. “It holds kind of a special place in so many people’s hearts and memories. It’s not just historical on paper, it’s historical in people’s memory. It’s very important to Kansas City.”

This Could Have Been a Mistake 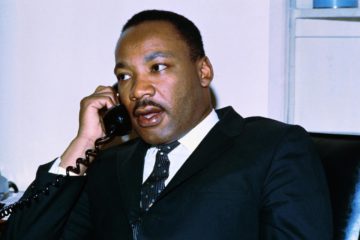 Another day at the office. Austin City Council, an enemy of the ol’ Southern Confederacy, is renaming streets as fast as the law allows. Buildings too. It’s an on going antiWhite project across the kinfolk states.

Negroes as a group have some VERY serious issues and shortcomings they should be addressing, but their low IQs and tribal-thinking cause them to focus on idiotic issues like whether a certain street is named after one of their “heroes.”

Truthweed
Reply to  The Eye

We are not enemies of African Americans. They deserve their own life and a happy life!

in Africa, away from all white people

Thomas Lawrence
Reply to  The Eye

Blacks desperately need, and want a non-hate filled, non-racist leader. One who speak and defend their race, such as Kandace Owen. With this they should inhabit their own and segregated land. Blacks and Whites could peacefully coexist if they managed their own structured land-space. Apart from the dominant populace. As they say, east is east and west is west and never the twain shall meet.

Jesse Lee Peterson is an excellent man. The problem he really admires and likes white people and that is a big NO against him in the eyes of the black people brainwashed by the Jewish media

Naming streets after well-known Negro figures is of great benefit to the civilized populace. When traveling to areas a person is unfamiliar with avoiding the general area where those Negro-named streets are located greatly reduces the chances of being exposed to the feral, bestial activities so common with the Negro cohort.