According to the DOJ, Milon Miah, 39, a Bangladeshi national residing in Tapachula, Mexico, was arrested on his arrival at George Bush Intercontinental Airport in Houston to “face a superseding criminal indictment for his role in a scheme to smuggle aliens into the United States.”

Miah is charged with having brought in 15 Bangladeshi nationals to the United States at the Texas border in exchange for payment.

Miah maintained a hotel in Tapachula, Mexico, where he housed and fed the invaders, and provided them with plane tickets to locations in northern Mexico where they were met by other smugglers who transported them to the US border.

One of Miah’s co-conspirators in the smuggling operation, Moktar Hossain, has already pleaded guilty to the same offence and several related smuggling charges, the DOJ statement said.

At the same time, the DOJ announced that Dongyuan Li, a Chinese national resident in  Irvine, California, had pleaded guilty to federal criminal charges for running a “birth tourism” business that catered to wealthy pregnant clients and Chinese government officials, charging them tens of thousands of dollars to help them give birth in the United States so their children would get US citizenship.

Li’s company, known in China as “You Win USA Vacation Services Corp,” would assist pregnant foreign nationals – typically from China – to travel to and remain in the United States to give birth so their children. You Win advertised that it had served more than 500 Chinese birth tourism customers seeking US birthright citizenship for their children.

Li used 20 apartments in Irvine, charged each customer between $40,000 and $80,000, and she received $3 million in international wire transfers from China in two years.

You Win customers were coached by the company made false statements on their visa applications and to US immigration officials, and were advised on how to pass the US Consulate interview in China, including by falsely stating that they were going to stay in the United States for only two weeks, when in reality, they planned to stay for up to three months to give birth.

Li further admitted that her customers bypassed US immigration controls by booking two flights – the first from China to Hawaii and the second from Hawaii to Los Angeles International Airport – because they thought it would be easier to clear US Customs through Hawaii. Li’s customers also were coached how to trick US Customs at ports of entry by concealing their pregnancies, according to the plea agreement.

As part of her plea agreement, Li agreed to forfeit more than $850,000, a Murrieta residence worth more than $500,000, as well as several Mercedes-Benz vehicles.

Secret Tapes: Left and Right Once Spoke Realistically About Race 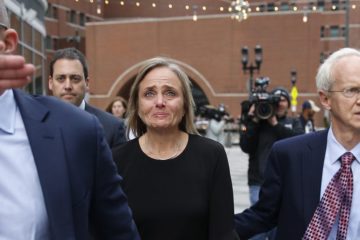 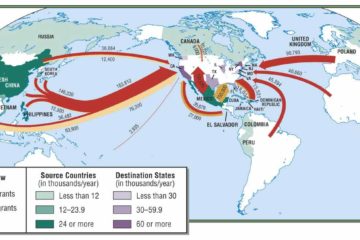