Moral Prism of the Parasite

I REMEMBER that once, many years ago, on Ted Koppel’s Nightline television program, Ted was interviewing a Jewish man who claimed to be a “Holocaust survivor.” The Jewish man related a story about how, while he was living in South America, he had wormed his way into the trust of a German man who had employed him. This German man had been an SS officer during the Second World War.

At some point, the Jew told Ted Koppel, his German employer trusted him enough to take his children on a boat ride. While he and these children were out on the lake (or whatever), it occurred to the Jew that he could easily kill them, and he believed that he would be acting righteously in doing so “because of the Holocaust.” But suddenly the Jew heard the voice of God, telling him that he must not do it. So the Jew didn’t murder the children, after all.

Later, on Nightline, he related this tale to Ted Koppel. And Koppel, and whoever was producing the program for ABC News, praised him for his forbearance.

Now, if this had been a White gentile man, we wouldn’t assume that he was due any special praise for not killing innocent children. This is simply expected on the basis of minimal moral standards. But when a Jew exhibits similar circumspection, suddenly it is time for the Nobel Peace Prize.

Note: Ted Koppel, himself, was born into a Jewish family that lived in Germany prior to the Second World War, which might explain why he found his fellow Jew’s story so appealing.

Polanski, Weinstein, Schneiderman: Anyone Noticing a Pattern Here?
Transgender Freaks Prove the Opposite of What They Intend: Sex Differences Are Real
Two Ridiculously False Narratives
Homosexuality: Being Mentally Sick in One Way Often Means Being Mentally Sick in Multiple Ways
Jewish Rat Stabs America in the Back and Twists the Knife
It's All Biological, part 4
There Are No Transgender People
Why the Attacks on The Turner Diaries?
Tags:David SimsParasites 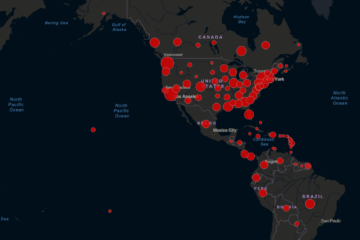 Yes pj, if any white person had even admitted having such murderous thoughts then they would probably be arrested and subject to examination by jewish psychiatrists.

Just an afterthought for us. Smile! Smile when you are being observed and photographed. It infuriates them. Strength through joy.

I tell people all the time, it’s hilarious to see some of them GASP! LOL

The absurdity of what we allow these mutant Rat-People to get away with is psychologically crippling….i harbor serious doubts that this verminous race is even human….

And til the day i die, i will never be able to process why and how we let these insects subvert and destroy our lands/cultures.

Its too late for our lifetimes…though fatalism dictates that something needs to be done.

Moral Prism of the Parasite