PERHAPS NEVER in American history has there been such an utter disconnect between the words of the President and the policies pursued by his administration. President Donald Trump appears to have almost no control or awareness over what the American government does.

Hungary’s Viktor Orbán personifies the battle against the Islamization of Europe and has withstood tremendous pressure from the European Union. He’s also a role model for those opposing Cultural Marxism in the universities. President Donald Trump hosted him at the White House and supposedly supports him.

Nonetheless, American taxpayer dollars will be spent to try to overthrow him.

During the Cold War, the United States beamed its own radio service to Eastern Europeans starved for any information that did not slavishly adhere to the line of their authoritarian leaders.

In Hungary, after the fall of the Berlin Wall, it rolled up that service, Radio Free Europe/Radio Liberty, in 1993, considering the collapse of Communism to be mission accomplished.

So it is likely to be taken as something of an affront to the current government under Prime Minister Viktor Orban that the United States may relaunch the pro-democracy news agency.

The move by the United States Agency for Global Media, an independent federal agency, reflects Hungary’s drift away from a free and open government, and is a blow to President Trump’s outreach to the country’s far-right prime minister.

The service’s relaunch in Hungary still awaits a greenlight from Congress, but that may come this month.

“We’ve done our homework, and we know this has broad backing, and we’re preparing to move forward,” said the agency’s chief, John Lansing.

He said that the service’s initial budget could run up to $750,000, and that a bureau would be established in Hungary. He expects a soft launch of the service in May 2020, with a hard launch one year from now.

Think of how remarkable it is that a government agency can implement policies to try to undermine the Chief Executive. Also note the doublespeak about Hungary being “less free.”

Less free? Hungary is one of the last free countries in Europe. In Belgium, they ban political parties they don’t like. In the United Kingdom, they arrest you for peaceful political speech. In Germany, government agents barge into your house if you post naughty things on Facebook. In France, even national icons like Brigitte Bardot are hauled before judicial tribunals for not being sufficiently deferential to the Muslims colonizing the Republic.

The real problem? Hungary’s media is not as monolithically leftist as that in other countries. So suddenly the Free Press needs to be subsidized by the American government. Today, Mr. Orban’s allies control the public media and most of the country’s private news media, creating a centralized pro-government echo chamber for hate speech, ethnic identity politics and conspiracy theories, harping on anti-Semitic tropes and extremist rhetoric to bolster his party’s base.

Keep in mind, this is supposed to be a straight news piece, but prose in The Gray Lady sounds more and more like some Maoist college newspaper every day. A country ceases to be “democratic” or “free” when it votes for people American journalists don’t like.

Also remember that this attempt to delegitimize a foreign government is championed by the same paper still screaming since Election Night 2016 about “Russian interference” [“Russia’s playbook for Disrupting Democracy,” by Matt Apuzzo, New York Times, September 9, 2019]

What about U.S. government interference in European elections? For that matter, why do we bother having elections here if the outcome has no impact on what our government does? Finally, why do we have money to subsidize leftist journalists, but no money for a border wall?

FBI Says That Citizens Should Have No Secrets That the Government Can’t Access: The Orwellian Cyber ...
Soros: Trump Will Win Popular Vote, Lose Electoral College
So, Who is Really Running this Sideshow?
US Congress Quietly Passes Bill That Could Target Anyone for Disseminating "Russian Propaganda"
Assange: I Will Bring Hillary Down Before the Debate on September 26th
Muslims and Jews Demand Resignation of Trump Advisor Gorka
Smell the Blood!
The Clinton Foundation Racket and Trump’s Failure to Drain the Swamp, Part 2
Tags:Donald TrumpHungaryPropagandaU.S. GovernmentViktor Orban 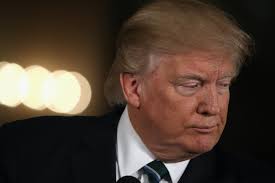 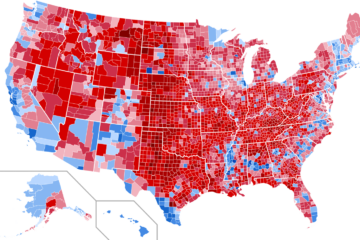 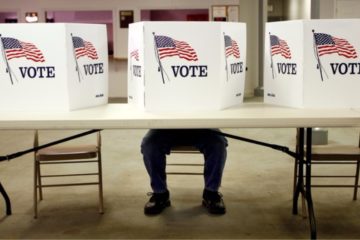 Meditations on the Five Percent

It’s all about Warburg’s warning to the world about the formation of a one world government ; it’s coming and you cannot stop it. Viktor Orbán is a HERO of the human race. He’s not taking any sh*t from Soros and the Jews, God bless the man. If only some of what he is doing would rub off on the American psyche, instead of the brainwashed decadence and sickening Jewish subversion we adhere to now, things would be a helluva lot different over here, but no no no, whatever the Jews want, the Jews get !! Welcome to the MOB !

“He said that the service’s initial budget could run up to $750,000, and that a bureau would be established in Hungary. He expects a soft launch of the service in May 2020, with a hard launch one year from now.”

If this bureau is to be established in actual Hungary proper, then Viktor Orbán should deny it, any kind of permit to actually be put into the country proper ! If they are transmitting outside of Hungary, then Hungary should jam the broadcast such as to prevent the population from hearing the propaganda. Better to be safe than sorry — while they’re at it, it would be wise for Eastern Europe to begin broadcasting into Western Europe to expose the EU for its lying evil ways.