HAS THERE ever been anything more preposterous than American Blacks’ demands for slavery reparations? Well there is actually: Their protests at Whites expropriating their “culture”. Future historians will scratch their heads, baffled that an advanced people gave serious consideration to the proposal that those who never had slaves hand over money to those who never were slaves in compensation for slavery. Those future historians would surely think that descendants of slaves, far from deserving reparations, have actually struck the jackpot. Because they now enjoy the advantages of an advanced affluent culture in which they enjoy favourable treatment through a plethora of affirmative action measures. Had their antecedents been smarter or fleeter of foot they’d have avoided capture and their descendants would be now subsisting on grubs and bush meat in the West African jungles.

In an non-insane world it’d be the other way around — America’s Whites would be seeking reparations from Blacks. Considering the trillions, yes, trillions of dollars they’ve spent on the futile attempt to ‘bridge the achievement gap’ between the races and to keeping Black criminals off the streets, the disruption suffered by having to flee neighbourhoods invaded by Blacks and seeing their kids dragged down academically and physically endangered through forced school integration. The potential claims list is endless.

The cultural appropriation wheeze is upside-down as well. Tell me, what “culture” do Whites appropriate? I’m pressed to think of anything beyond fuzzy hairstyles and primitive jungle rap “music”. Can you think of anything else? The Black contribution to building America was equivalent to that of the carthorse yet they benefit from advanced infrastructure, telecommunications, health care, free institutions, organised sport, complex musical instruments, writing (actually scrub the last two). In other words White civilisation. The thing that thousands of Africans risk their lives to gain entry to. Yet America’s Blacks benefit from it free of charge. How about charging them a license fee for its use?

But I wouldn’t hold my breath waiting for Tyrone to cut a cheque.

I long for the day when someone — anyone — will tell them to take a jump. All the way back to Africa if possible.

Not a Satire: Black Woman Oppressed by Watermelon Shame Thanks to Legacy of Slavery 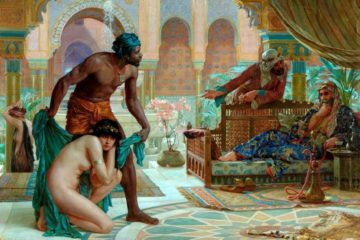 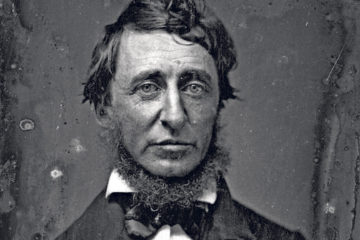 Slaves in America had a much greater standard of living than if they remained slaves back in Africa. While not releasing them from the burden of being slaves, we did give them a better life than they would have had otherwise.

Move back to Africa THEN we’ll give you “reparations.”

Short of that, not a cent!

And that is not a bad policy. I wouldn’t pay reparations, but I would pay relocation expenses with the proviso of no returns. If it is so awful here, I would pack my bags and head back home.

Reparations were paid IN FULL in both BLOOD & CHECK during the Civil War & in he 1800s to reformed slaves.

KNOW WHO ENSLAVED YOU BLACK MAN! YOU TUBE: Muhammad: The White Prophet with Black Slaves (David Wood) 340,503 views Acts17Apologetics Published on Feb 12, 2016 Western Muslims are shocked to learn that Muhammad was a white man who bought, owned, sold, and traded black African slaves! Many people who don’t read the Muslim sources assume that Muhammad, the self-proclaimed prophet of Islam, was dark-skinned. This myth has been spread both by orthodox Muslim preachers trying to deceive Western listeners and by racist cults such as the Nation of Islam (and its early activists, such as Elijah Muhammad, Malcolm X, and Muhammad Ali). However, according to Islam’s most trusted sources, Muhammad was white. These same sources show that Muhammad also owned black slaves. How can we reconcile these facts with the… Read more »

Since jews started the slave trade and grew so wealthy from it, they should be taxed for reparations. After that, they can begin to pay reparations for murdering 60 million Russians.

I want ni99ers gone from the West NOW!