AS OUR DYING NATION gets darker and dumber formerly trustworthy institutions are going to sag under the Brown burden and eventually collapse. For example, I often discuss the 90 I.Q. police heroes responsible for protecting us from the encroaching rot. As it turns out, the numerical indicator of the “g factor” that I assigned to the Blue Lives is probably already hopelessly optimistic and certainly will be in a few years time. It seems expecting Officer Friendly to approach low average intelligence is “racist,” so the standards must be lowered until the number of People Without Color badge champions protecting sodomite parades and antifa terrorists has been suitably reduced to reflect our country’s nosedive into the unforgiving ground below.

The U.S. Department of Justice filed a race discrimination lawsuit against one of Maryland’s largest police departments.

The opening sentence implies that evil White bigots who wear bedsheets on weekends have attempted to make “We ain harin no niggas” the official policy of the Murdaland constabulary. Keep this intentional and highly dishonest obfuscation in mind as we go forward and the actual “racism” is revealed.

The DOJ is claiming the Baltimore County Police Department discriminated against black applicants for years.

But first, more deceitful and incendiary hyperbole from the Jew-run fraud news. Years of discrimination against highly qualified tar monsters. In a dying kosher economic zone where an unkind glance directed at the genetic aliens can immediately destroy your future. You’re honestly expected to believe this.

“We are in the process, also, of releasing information to the public about the numbers and the practices of what our department looks like. We believe transparency, we’re committed to diversity and we’re going to get it done,” Baltimore County Executive Johnny Olszewski said Wednesday.

The stale and pale White devil careerist springs into action, with inspiring groveling and total capitulation to our planned destruction. Bawk, pretty bird! Committed to “diversity,” bawk, bawk! Want a cracker, want a cracker! Going to get it done, bawk! Those crumbs falling off the Jewish plate to the dogs below must be really something to warrant this pathetic abasement.

The lawsuit filed by the DOJ’s Civil Rights Division blames a written exam that it said led to hiring fewer African-Americans as entry-level police officers and cadets, alleging the pass/fail exams were a discriminatory screening device.

Several paragraphs in, we finally confront the horrifying discrimination: a no doubt extremely rigorous written exam. For some reason, the “African-American” is performing at a lower level, just like in every other measure of intelligence. Could the full standard deviation in I.Q. be the culprit here and not “racism?” No, we’re all equal, go ask g*d’s chosen if you don’t believe me. We must change the exam so a creature straight from a nightmare with the mind of a retard can pass. Is this a basketball, followed by pictures. Would you drink, smoke, or fornicate with the following items (King Cobra 40 ounce, Newport cigarettes, “ratchets,” crack rocks…)? Even that’s probably too difficult. Let’s just remove all standards so we have more hopelessly unqualified dark dullards acting as hired muscle for big Jew. As long as they can enforce the Cohen Act when the time comes, that’s all that matters.

According to the DOJ, written exams used by the Baltimore County Police Department to screen and select applicants led to the county hiring: “Fewer African American applicants as BCPD entry-level police officers and police cadets since January 1, 2013 than it would have had it used a nondiscriminatory screening device.”

Our new nondiscriminatory screening device will be putting a brown paper bag on your arm and making sure you’re dark enough.

You have to wonder what Chinese historians will make of this insanity after their ant people armies sweep through our dead cities, stripping them of valuable resources and gunning down the Brown. We committed suicide to appease ghost slaves and the merchant.

Olszewski said the county stopped using the test before the lawsuit was filed, and the county has since hired a diversity inclusion officer and another will be hired specifically for the Police Department.

Sometimes I wish the total collapse would just begin already. Here’s a fewer-Whites kommissar who will be paid big shekels to reduce the number of Whites. Whites are bad. White nationalism is the biggest threat to our “multi-culti” bazaar. Let it all burn.

In a statement, the Assistant Attorney General Eric Dreiband of the justice department’s Civil Rights Division said: “Employers must be mindful that an employment selection device, like a test, must be shown to be job-related if it disproportionately excludes members of one of title seven’s protected groups.”

The DOJ wants a judge to order the county to adopt non-discriminatory measures to correct the current effects of past policies and practices, including using selection procedures that comply with title seven and provide individual remedies to applicants who suffered loss as a result of the alleged discrimination.

Now it’s time for Semitic lawsuits from 70 I.Q. animals who were unfairly denied a chance to “bee dat fuddin five oh, beeech.” The death of a nation has a dignity all its own.

Even White Racists Have Freedom of Speech — But Only If They Use It
'We Are All, in a Sense, Jews By Choice'
The Origins of the Word "Racism"
Wikileaks: Washington Pushing Estonians to Accept "Diversity” and Multiculturalism
Western Civilization is White Civilization
Bedrock Theories of History: How Children and Adults Are Programmed to Believe
Our Democratic Processes
Code 291: Swedish Police Cover-Up Thousands of Crimes Involving "Refugees"
Tags:BaltimoreDiversityPoliceRacism

The Greatest Mass Murderers of all Time were Jews, says Jewish Columnist

Tiptoeing Around Our Problems 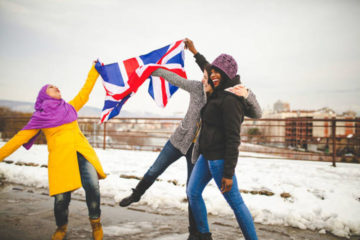 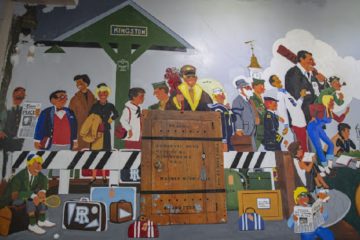 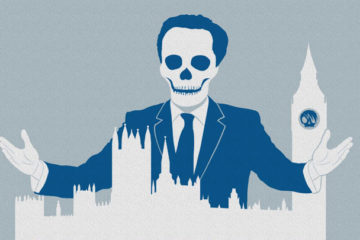 That’s just the problem: groid cities like Baltimore no longer want any crackers.