Historically speaking, I believe there was no nation that could ever subsist on Democracy. This lesson will have to be learned under penalties. England will either have to learn it, or England will cease to exist among nations. (Thomas Carlyle)

There were three principles promulgated by the Republicans [the French revolutionists] which to him were profound absurdities. The first was the doctrine of equality; not simply of quality in the eye of the law (that he accepted), but of absolute equality.

The second revolutionary principle was the doctrine of government by the people. He believed in no such governmental power. Even when you kill the king, he says, you do not know how to rule in his place. . . . He pointed to the fate of France as a lesson both to governors and the governed, but more even for the latter than the former. The rulers were destroyed, but who was there to protect the Many against the Many? The Mob became the tyrant . . . What wonder then if he felt repulsion to all the Apostles of Freedom, when on close scrutiny he found they all sought nothing but license? . . .

The third revolutionary principle was, that political freedom is necessary to man . . . through life we find him insisting on the fact that no man can be free; the only freedom necessary is that which enables each to go about his business in security, to rear house and children, to move unconstrained in his small circle. (G. H. Lewes — The Life and Works of Goethe)

IN THIS CHAPTER and the next I want to make it clear what I understand by democracy, on the one hand, and by aristocracy, on the other, and what are the considerations that slowly undermined and finally overthrew my belief in the former, and massed themselves in my mind in support of the latter. The lapse of another twenty-odd years since I first declared myself on this issue, together with the opportunities they brought me for further observation, study and reflection, has only clarified and more deeply entrenched my conviction that no people can make a great record except as it is guided by the aristocratic principle.

Many men would be inclined to ask, Why bother to write on this subject? And the question has considerable point if one believes not only that the issue is already decided against me, but that we are traveling away from everything aristocratic just as fast as the ever-quickening tempo of “modern progress” can carry us. And indeed I am very much of that mind myself. Populace is unquestionably in the saddle. The article by Mr. B.F. Wilcox, “All Men Are Created Equal,” in The Friend’s Intelligencer of November 29th, 1941,1 only states, with the usual assortment of truths, half-truths, and ignorant lies, what is the almost universal persuasion not merely of the masses on the street, but as well of politicians and statesmen, of journalists, editors, playwrights and radio commentators, and even of preachers, poets and professors. All men are equal. And the inevitable fruit of this doctrine is that mass-man takes over.

Furthermore, even our children will not live to see a world in which men generally will again look for guidance to any aristocratic principles. Our scientists and engineers go on talking about the “bigger and better” things of all sorts with which their technics and industrialism are soon to favor us. But, in my judgment, little of their dreams will come to pass. Even if technics did fulfill its promise, what would it signify but the ascendancy of mechanism over man, bigger and better machines but ever smaller and meaner men, ever less capacity for that aspiration and stern self-discipline that form the root of the aristocratic — in short, the smothering of nobility under a rank growth of rabble values?

But for reasons that I shall undertake to set forth in a future chapter, I believe our technics is not going to fulfill itself. It is not, as everybody seems to take for granted, to go on and on to its ever greater marvels. The stark fact is that even we as a people, not to speak of our technics, are already very near the end of our run — not merely the United States but the whole White man’s world, and the White man himself. The two world wars were a “roaring plunge into barbarism.” We long ago moved into an era of mass-deception, wholesale betrayal, and naked brute force, in which aristocratic values will be regarded increasingly as a luxury few can afford. We shall soon be locked in a struggle for sheer survival, and shall hardly escape catastrophe. Perhaps Russia will continue to avoid direct open confrontation with us, but if so we shall only the more certainly be maneuvered into yet a third world war, in which the Communist-instigated and Communist-led colored hordes of virtually the entire Earth will press upon us from every side, and at the same time our defense will be sabotaged and paralyzed by Communist traitors planted at key points within our walls. Sooner or later, in one way or another, our gates will be forced and our city put to the torch and sword. Our civilization will go up in flames, and the proud White man who created it, who for long thought himself (and virtually was) invincible, will have to bend his neck to a yoke in order to live. Spengler foresaw with the eye of clairvoyance when he predicted starkly that our “machine-technics will end . . . and one day will lie in fragments, forgotten — our railways and steamships as dead as the Roman roads and the Chinese wall, our giant cities and skyscrapers in ruins like old Memphis and Babylon.”

And lest anyone be minded to answer lightly that, if it came to the worst and were an issue of life or death, we could surely save ourselves by resort to the atom bomb, let me declare my conviction that the use of the atom bomb has always been under pretty firm control, and that those who control it can be depended upon to see that it is not used to destroy the world that they are determined to rule, and to enjoy the benefits of ruling by exploiting. For precisely this reason, I did not long share the general alarm over the prospects of a nuclear holocaust. I soon saw, rather, that fear of the bomb was being deliberately whipped up, to the point of hysteria, in order to stampede the sheep into the corral of world government. And today it is sheer fantasy to suppose that the bomb will ever be used to save us, the White peoples, especially those of Europe and the U.S., who together form the last serious obstacle to the manipulators’ advance to their goal, and who were long ago marked for destruction.

We are now about to pass into eclipse. The blackest hour in our history is almost upon us. But even in the hours of my darkest brooding over the onrushing tragedy I am sustained by a hope — perhaps even a faith — that no possible conquest of the White peoples will ever permanently break their strength. Into their humiliation and their agony they will carry their most ancient traditions, the glory of their past, and their memories of the days when their whole world was shaped by their deep instinctive belief in the superior man, and their destinies guided by the noblest and strongest among them. In time, thus, they will awake to a realization of the mistakes that brought them low, and at last see clearly that one of the most ruinous of these was the doctrine of human equality, and the practice of popular government that grew out of it. And as their vision clears and their faith returns, they will spit upon the doctrine of equality their contempt and disgust, and in their new-found strength rise up to grapple with their conqueror, and overthrow him. And then, as they once again lift their eyes to the heights, new heights, higher than they ever looked to before, and begin to cast about them to set their course, they will vow ever to search out the best men among them to be their leaders.

The Making of Presidents
Equality: Man’s Most Dangerous Myth
The Inquiring Mind of Aldous Huxley
What Is Needed
Democracy is a Kind of Death, part 5
Democracy and Propaganda
Pauline Hanson Wins Australian Senate Seat
A Few Remarks on Democracy
Tags:DemocracyEqualityGovernmentWilliam Gayley Simpson

Daniel Radcliffe and the "Anti-Semitic" Suicide 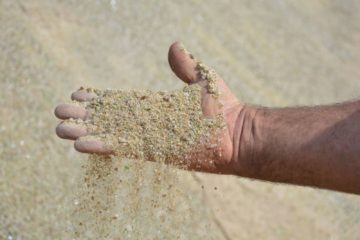 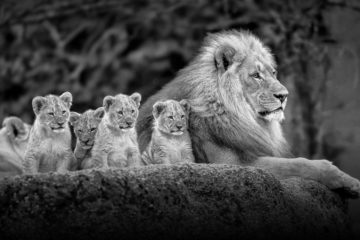 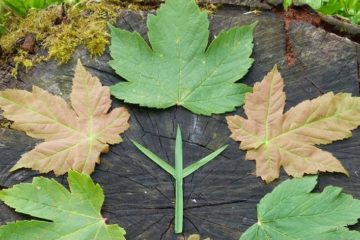 The Task of the National Alliance, part 1