THERE ONCE WAS A MAN who fought against Adolf Hitler.

In 1940 he left college to join the U.S. Navy, so he could fight and kill Germans and help destroy their Leader. Starting out as an ordinary recruit, he rose through the ranks, eventually becoming a full naval commander.

But when he returned to civilian life, something didn’t seem quite right. All the horror stories and comic-book images of wartime propaganda just didn’t add up. The countries he thought he had gone to war to save­­ hadn’t been saved, but were now under the most brutal Communist dictatorship and repression.

He began to ask questions and seek answers. One day he came upon a book which was to change his life forever. He discovered that its message had been deliberately distorted and that he,­­ like millions of his fellow countrymen,­­ had been lied to and tricked. That book was written by the greatest anti-Communist of all time: Adolf Hitler.

At the same time, he found out who Hitler’s enemies were­­ and why. Far from being the evil, inhuman monster portrayed by Hollywood propaganda, he discovered someone who was, in fact, the most noble, honorable and farsighted figure of modern time. He decided to become a part of this man’s Cause.

And so in 1958, standing solemnly before a beautiful Swastika banner in his Arlington, Virginia, home, he pledged his life to the very man he had once fought to destroy. Now, instead of fighting against him, he dedicated himself to fighting for Adolf Hitler and to spreading his message to Aryan men and women everywhere. The man’s name was — George Lincoln Rockwell.

Every upstanding Aryan man and woman should pay this pioneer due honor and support his cause, that great and wonderful cause he restored when he raised anew the National Socialist banner up out of the ashes of defeat and despair. William Pierce heard that call — and acted. So should you.

Source: based on an article at New Order

To Raise Up Broken Hearts and Despairing Souls
The Absurdity of Hitler-Bashing
"I Will Bless Them that Bless Thee"
What Was Auschwitz Really Like?
The Führer's English Martyr
The Measure of Greatness
The USSR Did Not "Save the World" from Fascism; the Soviet Union Was Saved from a One Front War with...
Britisches Freikorps
Tags:Adolf HitlerGeorge Lincoln RockwellNew OrderWartime Propaganda

You would think that a lot more people would have the insight to see that we were on the wrong side in that war.

I guess there were many reasons why Americans didn’t understand at the time & the real fallout wasn’t felt until much later. I remember a perpetual refrain growing up that if Hitler had succeeded we would all be speaking German, as if that was a horror in and of itself. That, and the holocaust, which most certainly did happen.

It’s hard to imagine that anybody with a functioning brain today doesn’t comprehend how utterly detrimental the jewish stranglehold on our country really is.

But, yeah – all praise to George Lincoln Rockwell.

Not sure what your meaning is when you say
“The holocaust most certainly did happen.”

Surely you’re not referring to the fake, ridiculous
holocaust that the international jew invented
To demoralize the Aryan race?

I’ll give you the benefit of the doubt, and assume
you are referring to the Kike-financed
Holocaust of Dresden and Hamburg etc… 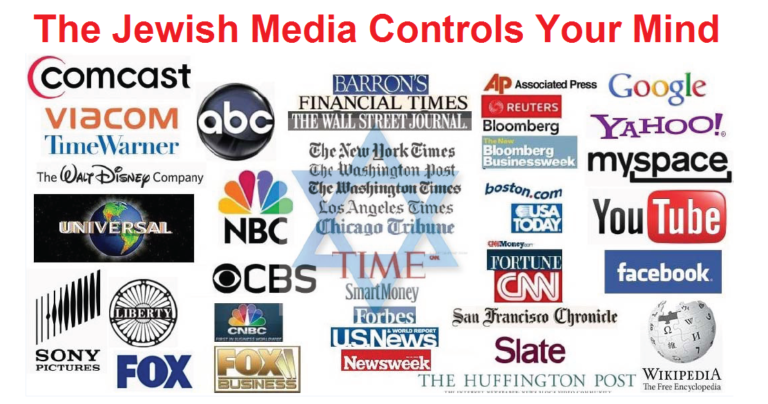 Those who can make you believe in absurdity http://www.theoccidentalobserver.net/wp-content/uploads/2012/06/Tissot.jpg will also persuade you to commit atrocities. Voltaire, Questions About the Miracles, 1765 https://nationalvanguard.org/2016/06/national-socialism-and-animal-rights/#comment-28619

You would think that a lot more people would have the insight to see that the holocaust (TM) did not happen and it’s just more war propaganda, an extortion racket and a glimpse into the perverse jewish mind.
The real holocaust was forcing the jews to do manual labour.

Lincoln Rockwell was not the only combat veteran of World War II to come to the realization that the US had fought on the wrong side. Others included Rear Admiral John G. Crommelin and Willis Carto. But most of those who were aware of the Jewish nature of communism (for example), were intimidated by Jewish power. The suspicious death of Gen. George Patton – perhaps the most famous of the “woke” military men – served as a warning to those who dared speak out. Also, the American military does not have a tradition of involvement in politics. The sad truth is, the senior military leadership was more concerned with their post-career pensions than they were with their honor as soldiers. When it came to the Jews, the military leaders of… Read more »

Christ forbid these filthy Rat-People had to
pick up a shovel or a trough…and be actual
human men…
The superior German Race embarassed these
filthy conscienceless insects…and they simply
have never got over it..
The Germans killed no jew intentionally.
Who would want the blood of these maggots
on their hands?

We dont even need to get in to how ridiculous
the queer Talmudic six million number is.

A war the Jew hisself fomented and financed…if i may
add.

It is not enough to claim, it is urgent to prove https://webcache.googleusercontent.com/search?q=cache:Mc1eo5-VrywJ:https://doctrinanacionalsocialista.blogspot.com/2017/02/la-fijacion-fecal-de-los-elegidos.html%3Fm%3D0+&cd=1&hl=pt-BR&ct=clnk&gl=br

This book http://archive.is/PIIpv is a sword of fire, which in the darkness of lies now illuminates the path of each people. “The land has not yet generated such a people that it would be so impure and it was so dirty inside, so vile and disgustingly depraved. And here the Jews are “ahead” of everyone. see chap. VIII https://archive.is/PIIpv#selection-4035.0-4035.165 save it before it blocks and spread it

The Semites “- according to Helena Petrovna Blavatsky in UNVEILED SIS -„ the least spiritualized race – have never managed to elaborate a language, through which high moral ideals can be formulated and intellectuals

This is an impressive page to visit. A new and returning customer 卍
Can I help you in anyway with transalations? Anything?
HEIL HITLER