Fish struggle to fertilize eggs three generations after exposure to contraceptive hormone, raising questions about the effects on humans.

A RECENT REPORT from the U.S. Geological Survey (USGS) found that birth-control hormones excreted by women, flushed into waterways and eventually into drinking water can also impact fish fertility up to three generations after exposure — raising questions about their effects on humans, who are consuming the drugs without even knowing it in each glass of water they drink.

The survey, published in March in the journal Scientific Reports, looked at the impact of the synthetic hormone 17α-ethinylestradiol (EE2), an ingredient of most contraceptive pills, in the water of Japanese medaka fish during the first week of their development.

While the exposed fish and their immediate offspring appeared unaffected, the second generation of fish struggled to fertilize eggs — with a 30% reduction in fertilization rates —  and their embryos were less likely to survive. Even the third generation of fish had 20% impaired fertility and survival rates, though they were never directly exposed to the hormone.

“This study shows that even though endocrine disruptors may not affect the life of the exposed fish, it may negatively affect future generations,” said lead author of the study Ramji Bhandari, a USGS visiting scientist and University of Missouri assistant research professor. “If similar trends were observed in subsequent generations, a severe decline in overall population numbers might be expected by the F4 generation.”

Conducted by scientists at the USGS and the University of Missouri, the research also examined the effect of bisphenol A (BPA), a chemical found in plastics that has been implicated in breast cancer, which was similar to the contraceptive hormone.

The study adds to a growing body of evidence that man-made endocrine-disrupting chemicals — those that affect hormone systems and numerous body functions, including conception — are damaging wildlife, wreaking havoc on reproductive, immunological and nervous systems.

Scientists have known for more than 15 years that humans are excreting their prescription drugs into American sewers and that water-purification systems are not equipped to filter the chemical effluents from drugs, including anything from birth-control pills and painkillers to psychiatric medicines.

In a landmark 1999-2000 USGS survey, 80% of water samples from 139 American rivers and streams in 30 states were found to be contaminated with drugs, ranging from antibiotics and antidepressants to contraceptives and hormone replacements.

But scientists are particularly concerned about the contraceptive chemical EE2 because of its ability to “feminize” male fishes and its association with plummeting fish fertility. A landmark 2007 study, for example, described a seven-year whole-lake experiment in northern Ontario, Canada, in which tiny amounts of EE2 induced “intersex” male minnows whose testicles contained eggs, as well as altered egg production in female fishes; this ultimately resulted in the “near extinction” of the species from the lake, as well as a threat to larger fish populations.

Numerous subsequent studies across the globe have linked birth-control hormones to impaired fertility, “transgender fish” and reduced fish populations. Minnesota pollution researchers looking for the endocrine disruptors found them even in remote lakes thought to be pristine; and when they lowered cages of male lab minnows into the lakes, most of them were feminized within three weeks.

By 2009, USGS scientists found that one-third of 111 American waterways they tested contained some intersex fish, particularly male bass. A year later, scientists were reporting that 80% of the fish in the Potomac River — whose water is pumped into the homes of 4 million people — showed “intersex” features.

The impact of EE2 has been demonstrated experimentally in mammals as well. In one 2009 study, for example, newborn rats exposed to the hormone in the first days of life developed small and abnormal penises and lowered sperm counts, and they struggled to reproduce.

The researchers compared EE2’s effects to those of diethylstilbestrol (DES) —  a notorious endocrine-disrupting chemical given to pregnant women to prevent miscarriage. The women themselves had an elevated risk of breast cancer, but it was their children who developed rare vaginal and testicular cancers and other reproductive anomalies after they reached puberty; and those children were 40 times more likely to be sterile.

It’s a comparison that the current Scientific Reports study researchers make as well.

“EE2 use during pregnancy can cause the same type of disruption of development that the drug DES caused in millions of offspring of women given this drug during the 1940s to 1970, when it was banned for use during pregnancy,” Frederick vom Saal, professor in the Division of Biological Sciences at the University of Missouri and one of the authors of the study of medaka fish, told the Register.

“Also, male reproductive organs are sensitive to estrogens, which interfere with normal function — estrogens have a contraceptive effect in males.” EE2 has also been linked to testicular tumors.

Toxicologists have dismissed the comparisons of EE2 in the water supply to DES because the DES exposures were in larger doses. However, tiny doses of hormones can produce large effects.

“That this is considered controversial by toxicologists is considered laughable by endocrinologists,” said vom Saal. “EE2 can cause effects in human tissues at concentrations in blood below one part per trillion, so this is an extremely potent drug.”

The Canadian lake study, for example, saw near extinction of a fish species with EE2 given in “environmentally relevant” doses of five parts per trillion — the equivalent of five drops in 20 Olympic-size swimming pools.

And according to one 2009 study of loss of fertility in rats due to EE2, about 3%- to 4% of women continue to take birth control inadvertently in the first trimester of pregnancy, raising concerns about their babies’ early exposure to endocrine disruptors, though it’s impossible to say how many babies and children are inadvertently exposed through drinking water and to what doses or what impact the hormones are having on adults, if any.

With unexplained soaring incidences of testicular cancer, infertility, childhood “gender dysphoria” in increasingly young children, who are confused about their sexual identity, and plummeting sperm counts, some scientists are asking if the fish in the study are like miners’ canaries: They are warning of a problem that has not yet been fully realized.

“Beyond the aquatic environment, the feminizing syndromes found in wildlife appeared to mirror reports of male infertility, genital abnormalities and testicular cancer observed in the human male population, collectively termed Testicular Dysgenesis Syndrome,” recounted Susan Jobling, director of the Institute of Environment, Health and Societies at Brunel University, London, in a 2013 paper for the European Environment Agency.

But in the absence of public awareness and outcry, little has been done about the problem in the U.S. or elsewhere. As long ago as 2004 the Environment Agency of England and Wales had accepted the evidence of the environmental harm from EE2 as significant enough to warrant consideration of risk management, Jobling recounted.

In 2012, the European Commission proposed to regulate EE2 as a European Union-wide “priority substance” for legislation, but the proposal was later amended — mostly due to a consideration of the cost of removing trace amounts of chemicals from water — and a decision on a regulatory “environmental quality standard” was delayed until at least 2016.

The effects of BPA from plastics are well recognized, but the impact of birth control on the environment and fertility has been downplayed and dismissed — a reaction vom Saal thinks is not based on science. “Clear evidence for equal potency is ignored by the industry,” he said.

“It’s strange how even the most ardent environmentalists suddenly go silent when confronted with evidence of how birth-control pills harm aquatic ecosystems. Instead of angry calls for the regulation of a pollutant that is causing a  ‘silent spring’ of hermaphroditic fish unable to breed, we hear nothing,” said Steven Mosher, president of the Population Research Institute. “The barren left is so wedded to contracepted sex that they will brook no criticism of the means they use to ensure their sterility, even though, as the science shows, they sterilize other species in the process.  Environmentalism meets the sexual revolution, and the sexual revolution wins.” 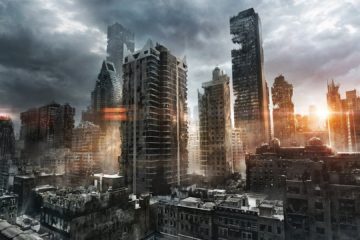 “BPA is a high production volume (HPV) chemical widely used in manufacturing polycarbonate plastics and epoxy resins used in nearly every industry. Humans appear to be exposed primarily through food packaging manufactured using BPA, although those products account for less than 5 percent of the BPA used in this country. Food packaging is under the jurisdiction of the Food and Drug Administration (FDA), not EPA. FDA recently explained the steps it is taking to address BPA. Releases of BPA to the environment exceed 1 million pounds per year.

“Why is EPA concerned? Because BPA is a reproductive, developmental, and systemic toxicant in animal studies and is weakly estrogenic…”

… This reduced environmental harshness for the poor and led to the innovation of contraception, which was better used by the less impulsive and thus more intelligent. Large families became a stupidity-based accident and intelligence began to decline. This was made even worse by dysgenic Third World immigration, smarter females limiting their fertility to pursue careers, and a lavish welfare state providing incentives—in the form of child benefits—for low IQ females to breed [At Our Wits’ End, Dutton & Woodley of Menie]. But specters are haunting this simple, evidence-based theory. One of them is a Welsh scientist called Barbara Demeneix (née Jenkins) who runs a laboratory at the Natural History Museum in Paris. As she tells the Main Stream Media what they want to hear, she has no problem broadcasting… Read more »

1940: Franz Rademacher (pictured in 1952), a German National Socialist foreign affairs official, proposes a plan to make Madagascar the new Jewish homeland, an idea that had first been considered decades before by Jewish Zionist leader Theodor Herzl.