To Please Yahweh, or Astound Him?

SOME SIX DECADES or so ago there was a rash of flagpole-sitting going on in the U.S. Some of the best known sitters were “Shipwreck” Kelly, who sat atop a flagpole for 12 days; “Spider” Harness, who perched for 16 days; and Miss Bobby Mick, who stayed aloft for nearly three weeks. These were noteworthy sitters, but they didn’t hold a candle to their forerunners in ancient times.

In modern times, the sitters sat because it was a lighthearted thing to do, and a fad. The ancients, on the other hand, did it for religious reasons, and for them it was serious business. They sat on marble columns or pillars, or sometimes on huge rocks. These were better than flagpoles, but still mighty poor in accommodations. Food and drink were passed up to them. Use your own imagination as to how they managed without toilets.

These notable sitters of antiquity belonged to a class of ascetics called “Pillar Saints,” and one reason they wanted a lofty perch was to be the first ones in their vicinity to get a glimpse of Christ at his second coming. Their main activities took place during the 5th and 6th centuries, and up into modern times there have been many standing columns in Egypt, Syria, and Asia Minor, particularly around Antioch, which had legends about them concerning one or more of these “Pillar Saints” who sat atop them for various periods of time. The main reason these “Saints” were able to pull off such stunts, so exposed to the elements as they were, is that the climate is generally mild in the Near East.

The best known of the “Pillar Saints” was St. Simon Stylites, or “Simon of the Pillar,” who was an object of both veneration and astonishment to not only the Christian elements of the whole Roman Empire, but to large numbers of pagans as well. It is said that many Persians, Caracas, Meeds, Scythians and Iberians all thought highly of him.

He was the son of a shepherd in Scilicet, on the borders of Syria, who was enthralled by Christianity at the age of thirteen. He went to an old man, a sort of local religious sage, to find out the best way for Christian happiness, and was told that continuous praying, fasting, humiliation, weeping and watching for the second coming was the way to achieve it, so Simon decided to withdraw from the secular world.

He repaired to a nearby monastery, and laid down in front of the gate for several days, without food or water, begging to be let in, stating his willingness to do the lowest work, and be a general drudge.

The abbot in charge admitted him, and he carried out his pledge to be the lowest servant of the house. After four months he was elevated above the worst drudgery. He memorized the Psalter early on, kept all the rules of the house by the letter, and made himself so useful that he became well-liked by all the monks.

After two years he switched to another monastery. Under the charge of a holy man named Heliotropes, who was said to be so removed from the world that he was utterly ignorant of the most obvious things in it. Here also Simon felt right at home, and increased his mortifications. One of them he started off with was to try to get by on less food than anyone else. The other monks ate only once a day; he ate but once a week. His superior, though, fearing for Simon’s life, ordered him to ease up on this score, which he did. But then he hit upon another mortification, which he could carry out secretly. It was to tie a rough rope around his naked body, which would remain hidden by his clothing.

He kept this up for a long time, no one suspecting anything, until the rope had eaten into his flesh. Even then Simon bore the pain and told no one, but the stench from the wound became strong enough to tip the others off that something was dreadfully wrong. They tried to remove his clothing, but found it stuck to the wound in a horrible way. Slowly and carefully, over a period of three days, the stinking mat of clothing, blood and pus was softened up with liquids until it could be removed. Then it was discovered that the rope was buried so deep in his flesh that a physician was needed to remove it. This caused Simon so much pain and anguish that he lay as though dead for a time. After he recovered, the abbot decided that Simon was a little too holy for the rest of them, and might be a bad influence, and ordered him to hit the road.

From here he went to a hermitage at the foot of Mount Telnescin, run by an abbot named Basses with two hundred monks in his charge. Whether it was from pity or some other reason, Basses took him in, and here he stayed for three years. After this time he went to the top of the same mountain, and began work on what was to become his famous “pillar;” or, more correctly, the first of four of them. Since there was no standing column from a ruined temple at hand, Simon had to build something on his own.

At first he simply threw some loose stones together, to make a crude wall or enclosure, which helped keep off the wind but offered no protection against the rain or sun. And to show that he meant business about staying put, he secured his right leg to a rock with a heavy chain. But he was told by Emetics, vicar to the patriarch at Antioch, that a firm will and God’s grace were all he needed to keep up his resolve, so Simon had a blacksmith come and remove the chain.

The saint was now becoming famous, and multitudes of pilgrims came from near and far, even from remote countries, to receive his blessing, and many sick claimed to have recovered their health. Usually he was simply gaped at, but some also wanted to touch him.

Simon was willing to go along with this up to a point, but it distracted his thinking about Yahweh, so in the year 423 he erected a pillar six cubits high, to be out of reach of the throngs. Here he dwelt for four years. Feeling it was not high enough, he built one twelve cubits high, and lived on it three years. A third pillar, twenty-two cubits high, supplanted this one. It satisfied Simon for a long spell — ten years — but in time he felt that it, too, was inadequate, so the people built another one for him. This one was almost twice as tall as the last one, being forty cubits high. Since the ancient measure of a cubit was from eighteen to twenty-two inches, this means that this last pillar was somewhere between sixty and seventy-three feet high, which put him in a very favored position to be the first to spot Yahweh, who was likely to come at any moment.

Here Simon lived out the final twenty years of his life. This last pillar was not quite three feet in diameter at the top, so Simon could not lie down extended on it, and he refused to sit. Maybe all or most of the other “Pillar Saints” did sit down at least part of the time, but Simon would have none of it. That would have made things too easy, and besides, what would his Jewish tribal god think? So he only leaned, or stooped, now and then, to rest a little.

At night, we can assume, he really did lie down some of the time, in a curled up position, or catch a little sleep in a kneeling position with his head touching down; but — who can say? There were no floodlights or flashlights in those days, so there was no way to tell, even on a moonlit night, precisely what Simon was doing all the time, that high up in the air.

It is a fact that many people can get by without regular bed rest. Napoleon sometimes went for up to two weeks at a time with no more sleep than what he could catch in the saddle. Dog tired soldiers, during long retreats or forced marches, have even claimed that they could sleep (a sort of twilight sleep) while walking, if a buddy would lead them by the hand. And apparently a scattering of people, if they have to or are determined to, can go for years or for lifetimes without deep or regular sleep, if they can just sort of “get easy,” some way or other, and doze a little bit occasionally. And note that Simon did not work while up on his pillar, so would not get tired in the usual sense.

At any rate, as if all the foregoing travails did not suffice to show his piety, he also wore an iron collar around his neck and used the skins of beasts for clothing. He bore all afflictions in silence, and once endured a terrible ulcer on his foot for a long time, even though it was swarming with maggots.

During the day he prayed often; one onlooker kept count for a whole day and stated that Simon had prayed 1,244 times. He also exhorted the people twice a day. One thing that turned him off, though, was women. Although he suffered their presence in the nearby crowd, he would never allow one to set foot within the enclosure which contained his pillar.

This strange penitent lived for thirty-seven years on pillars, but finally, in the year 459, on Wednesday, September 2nd, the end came. He was bowing, as though in prayer, when he fell dead.

You have to admire Simon’s fortitude and determination, even if you deplore the reasons behind them. He devoted his life to Yahweh, constantly telling him what a good god he was and how wonderful he was. He thought the world of this Big Jew in the sky, but we wonder what the Big Jew thought of him? Was he pleased by his actions? astounded? or what? You would think that the Jewish tribal god would have at least dropped Simon a few crumbs down from heaven now and then, or have given him an occasional pat on the back, or something. Strange, isn’t it? It makes no sense. One could almost get the feeling that maybe, just maybe, old Yahweh doesn’t exist.

Theological Balderdash
College Administrator: Christianity Compels Me to Fight Against Whiteness
Right Because He's Wrong
Awakenings
The Mysterious Stranger
'The Choice of Achilles': John Alan Coey Against the New World Order
The Businessmen of God
Faith of the Future
Tags:ChristianityReligionYahweh 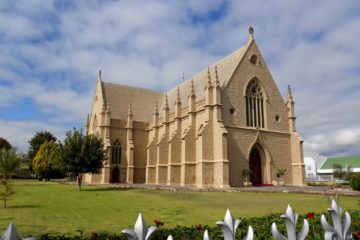 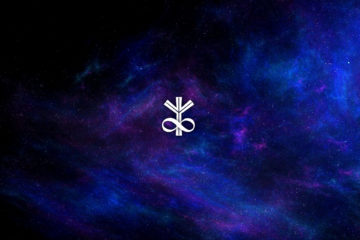 To Please Yahweh, or Astound Him?