EVER SINCE THEY established the demonization of Adolf Hitler through war propaganda, Jews and leftists have made a habit of using invidious comparisons to the great man as a means of intimidating conservatives. Conservatives in turn have developed the silly habit of using whatever flimsy excuse they can muster to characterize Democrats and leftists in general as “the real nazis.”

What does being a “nazi” really mean? It means making sense. It means defending your national survival in a rational manner.

If the caricature were less dismal this could be a pro-Hitler cartoon. It implies: If you want to save your country, you must rehabilitate Hitler.

ADL’s Abe Foxman has complained about the cartoon, not because Jew Foxman is in favor of controlling immigration but because he understands that linking Hitler to the impulse to stop illegal immigration helps the former more than it hurts the latter. Foxman does not want invidious comparisons to Hitler used so casually, he says, “no matter how odious, bigoted, biased and unconstitutional Arizona’s new law may be.”

Was Hitler Responsible for World War 2?
Two Quotes That Will Give You Chills
World War 2: Again and Again, Germany Tried to Prevent It
The Enigma of Hitler
Fake Hitler Quote About Slavery
A Party of Plutocrats Has No Future
What Kind of Socialism is National-Socialism? What are the Alternatives?
The Elephant in the Room: The Holocaust, part 1
Tags:Adolf HitlerIllegal ImmigrationNazis

Black People in America -- and the Misnamed "Civil Rights Movement"

On one hand, a man acts according to the Creator’s purpose, as Hitler did so well in support of life for our race. On the other, Jews since murdering Germany double down on their White genocide program in all parts of the world. Who really needs the rehabilitation here?

Martin, it has been such a pleasure for me to know and work with smart, morally courageous, racially responsible White men men like you and JM/Iowa, and Hadding over the years.

Yes, we all know what Mr. Hitler and William Pierce and other great men of our race knew: that our struggle is biological, it’s racial, We do not mind saying out loud the one biological fact that no politician or TV “news” reader can bring himself to say: that those mostly Mestizo invaders that are currently streaming across the U,S. southern border cannot make White babies. Were they to blurt out that simple common sense fact, the politicians would be drummed out of office and the careers of the personalities on the electronic Jew would be over. Fact! 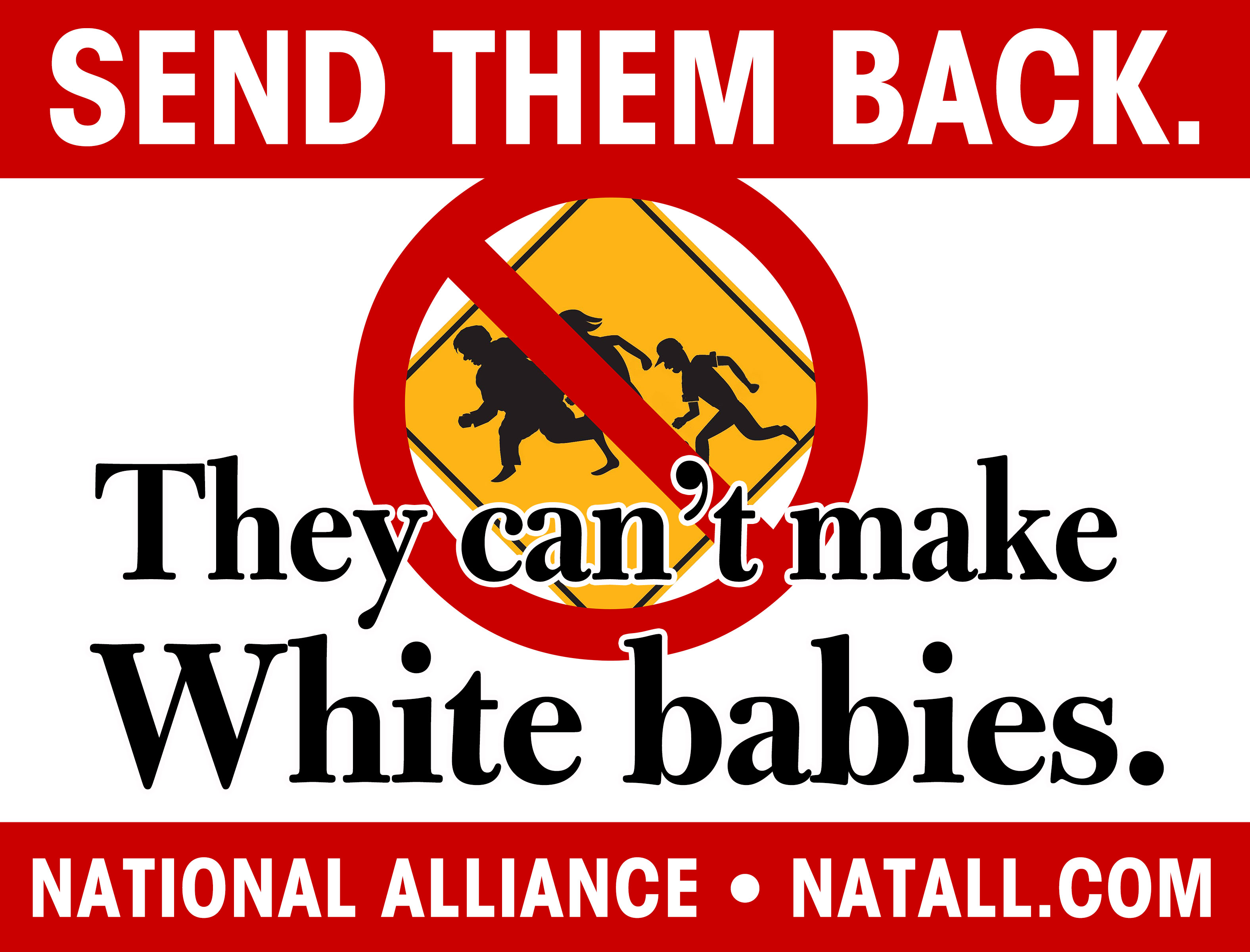 Evil Hitler said “If we can’t feed ourselves then everyone else must go”. However, he was eventually able to convert Germany into a tourist destination where people were able to enter legally.

Evil Hitler said only Germans could become citizens, but not full citizens until they had completed national service.

Jimmy Margulies’ caricature of Hitler seems to imply that the only images of Hitler he has access to are of the Jewish actors who always play Hitler in Hollywood.

The US war with Iran or another nation allied with China or Russia is only the background to justify its capitulation and the consolidation of the world communist dictatorship Step by step, everything is moving toward compliance with the second article of the Communist Manifesto of 1963, namely, The US Willingness to Capitulate to Nuclear War. ” Source: http://www.restoring-america.com/Documents/THE%20NAKED%20COMMUNIST%20GOALS%20WITH%20NOTES.pdf It is quite likely, therefore, that the United States and the Americans in it will be subjected to occupation by armies from the Soviet, either as conquerors after a war that the Americans will assuredly lose, or as “peace-keeping forces” to restore order after the ruined country has collapsed in bankruptcy and anarchy, and the niggers, mestizos, and other parasites whom the Americans so dearly love begin to loot and beat… Read more »