AN “Iraq War Redux” is now in full play, with leading roles played by some of the same protagonists — President Donald Trump’s national security adviser, John Bolton, for example, who says he still thinks attacking Iraq was a good idea. Co-starring is Secretary of State Mike Pompeo.

The New York Times on Tuesday played its accustomed role in stoking the fires, front-paging a report that, at Bolton’s request, Acting Defense Secretary Patrick Shanahan has come up with an updated plan to send as many as 120,000 troops to the Middle East, should Iran attack American forces or accelerate work on nuclear weapons. The Times headline writer, at least, thought it appropriate to point to echoes from the past: “White House Reviews Military Plans Against Iran, in Echoes of Iraq War.”

By midday, Trump had denied the Times report, branding it “fake news.” Keep them guessing, seems to be the name of the game.

Following the Iraq playbook, Bolton and Pompeo are conjuring up dubious intelligence from Israel to “justify” attacking — this time — Iran. (For belligerent Bolton, this was entirely predictable.) All this is clear.

What is not clear, to Americans and foreigners alike, is why Trump would allow Bolton and Pompeo to use the same specious charges — terrorism and nuclear weapons — to provoke war with a country that poses just as much strategic threat to the U.S. as Iraq did — that is to say, none. The corporate media, with a two-decade memory-loss and a distinct pro-Israel bias, offers little help toward understanding.

Before discussing the main, but unspoken-in-polite-circles, impulse behind the present step-up in threats to Iran, let’s clear some underbrush by addressing the two limping-but-still-preferred, ostensible rationales, neither of which can bear close scrutiny:

No. 1: It isn’t because Iran is the world’s leading sponsor of terrorism. We of Veteran Intelligence Professionals for Sanity shot down that canard a year and a half ago. In a Memorandum for President Trump, we said:

The depiction of Iran as ‘the world’s leading state sponsor of terrorism’ is not supported by the facts. While Iran is guilty of having used terrorism as a national policy tool in the past, the Iran of 2017 is not the Iran of 1981. In the early days of the Islamic Republic, Iranian operatives routinely carried out car bombings, kidnappings and assassinations of dissidents and of American citizens. That has not been the case for many years.

No. 2. It isn’t because Iran is building a nuclear weapon. A November 2007 U.S. National Intelligence Estimate concluded unanimously that Iran had stopped working on a nuclear weapon in 2003 and had not resumed any such work. That judgment has been re-affirmed by the Intelligence Community annually since then.

The Joint Comprehensive Plan of Action, commonly known as the Iran nuclear deal, imposed strict, new, verifiable restrictions on Iranian nuclear-related activities and was agreed to in July 2015 by Iran, the U.S., Russia, China, France, the U.K., Germany and the European Union.

Even the Trump administration has acknowledged that Iran has been abiding by the agreement’s provisions. Nevertheless, President Trump withdrew the U.S. from the Iran nuclear deal on May 8, 2018, four weeks after John Bolton became his national security adviser.

‘We Prefer No Outcome’

Fair Warning: What follows may come as a shock to those malnourished on the drivel in mainstream media: The “WHY,” quite simply, is Israel. It is impossible to understand U.S. Middle East policy without realizing the overwhelming influence of Israel on it and on opinion makers. (A personal experience drove home how strong the public appetite is for the straight story, after I gave a half-hour video interview to independent videographer Regis Tremblay three years ago. He titled it “The Inside Scoop on the Middle East & Israel,” put it on YouTube and it got an unusually high number of views.)

Syria is an illustrative case in point, since Israel has always sought to secure its position in the Middle East by enlisting U.S. support to curb and dominate its neighbors. An episode I recounted in that interview speaks volumes about Israeli objectives in the region as a whole, not only in Syria. And it includes an uncommonly frank admission/exposition of Israeli objectives straight from the mouths of senior Israeli officials. It is the kind of case-study, empirical approach much to be preferred to indulging in ponderous pronouncements or, worse still, so-called “intelligence assessments.”

It has long been clear that Israeli leaders have powerful incentives to get Washington more deeply engaged in yet another war in the area. This Israeli priority has become crystal clear in many ways. Reporter Jodi Rudoren, writing from Jerusalem, had an important article in TheNew York Times on Sept. 6, 2013, in which she addressed Israel’s motivation in a particularly candid way. Her article, titled “Israel Backs Limited Strike against Syria,” noted that the Israelis have argued, quietly, that the best outcome for Syria’s civil war, at least for the moment, is no outcome.

For Jerusalem, the status quo, horrific as it may be from a humanitarian perspective, seems preferable to either a victory by Mr. Assad’s government and his Iranian backers or a strengthening of rebel groups, increasingly dominated by Sunni jihadis.

“This is a playoff situation in which you need both teams to lose, but at least you don’t want one to win — we’ll settle for a tie,” said Alon Pinkas, a former Israeli consul general in New York. “Let them both bleed, hemorrhage to death: that’s the strategic thinking here. As long as this lingers, there’s no real threat from Syria.”

If this is the way Israel’s current leaders look at the carnage in Syria, they seem to believe that deeper U.S. involvement, including military action, is likely to ensure that there is no early resolution of the conflict especially when Syrian government forces seem to be getting the upper hand. The longer Sunni and Shia are at each other’s throats in Syria and in the wider region, the safer Israel calculates it will be.

The fact that Syria’s main ally is Iran, with whom it has a mutual defense treaty, also plays a role in Israeli calculations. And since Iranian military support has not been enough to destroy those challenging Bashar al-Assad, Israel can highlight that in an attempt to humiliate Iran as an ally.

Today the geography has shifted from Syria to Iran: What’s playing out in the Persian Gulf area is a function of the politically-dictated obsequiousness of American presidents to the policies and actions of Israel’s leaders. This bipartisan phenomenon was obvious enough under recent presidents like Clinton and Obama; but under Bush II and Trump, it went on steroids, including a born-again, fundamentalist religious aspect.

One need hardly mention the political power of the Israel lobby and the lucrative campaign donations from the likes of Sheldon Adelson. Israeli Prime Minister Benjamin Netanyahu is riding high, at least for the now, Israeli influence is particularly strong in the lead-up to U.S. elections, and Trump has been acquitted of colluding with Russia.

Over the weekend, four vessels, including two Saudi oil tankers, were sabotaged near the Strait of Hormuz. Last evening The Wall Street Journal was the first to report an “initial U.S. assessment” that Iran likely was behind the attacks, and quoted a “U.S. official” to the effect that if confirmed, this would inflame military tensions in the Persian Gulf.The attacks came as the U.S. deploys an aircraft carrier, bombers and an antimissile battery to the Gulf — supposedly to deter what the Trump administration said is the possibility of Iranian aggression.

On Tuesday, Yemen’s Houthi rebels, with whom Saudi Arabia has been fighting a bloody war for the past four years, launched a drone attack on a Saudi east-west pipeline that carries crude to the Red Sea. This is not the first such attack; a Houthi spokesman said the attack was a response to Saudi “aggression” and “genocide” in Yemen. The Saudis shut down the pipeline for repair.

Thus the dangers in and around the Strait of Hormuz increase apace with U.S.-Iran recriminations. This, too, is not new.

Tension in the Strait was very much on Joint Chiefs of Staff Chairman Adm. Mike Mullen’s mind as he prepared to retire on Sept. 30, 2011. Ten days before, he told the Armed Force Press Service of his deep concern over the fact that the U.S. and Iran have had no formal communications since 1979:

“Even in the darkest days of the Cold War, we had links to the Soviet Union. We are not talking to Iran. So we don’t understand each other. If something happens, it’s virtually assured that we won’t get it right, that there will be miscalculations.”

Now the potential for an incident has increased markedly. Adm. Mullen was primarily concerned about the various sides — Iran, the U.S., Israel — making hurried decisions with, you guessed it, “unintended consequences.”

With Pompeo and Bolton on the loose, the world may be well advised to worry even more about “intended consequences” from a false flag attack. The Israelis are masters at this. The tactic has been in the U.S. clandestine toolkit for a long time, as well. In recent days, the Pentagon has reported tracking “anomalous naval activity” in the Persian Gulf, including loading small sailing vessels with missiles and other military hardware. 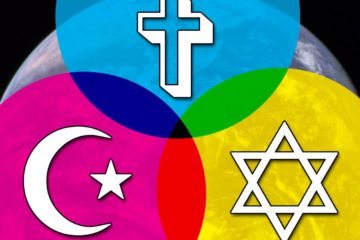 Not to make light of this most serious issue, but the symbology of an attack on Iran is interesting. Ir-an, Aryan-Land. Ireland is Erin, Er-in, Aryan-island, and was also anciently called Iran as well, since it was both the land of, and island of, the Aryans.

What better way for Ragnarok to begin than an attack explicitly on the Aryan?

I hope not quite yet though.

The United States will attack Iran. It has already been decided and will likely happen in the next few weeks.

Were I Hassan Rouhani, the leader of Iran, I would contact my buddy Kim Jong and make a deal to buy one fully operational nuclear-tipped missile. I would have him load it on board a non-military Korean cargo jet and flown to Iran. Once it landed, the Korean jet would be rolled into an aircraft hangar and the doors shut. Once concealed inside, the nuclear-tipped missile would be loaded onto a nondescript transport truck and taken to a pre-prepared nuclear missile silo (or similar launch enclosure) then release a news statement that any attack on Iran would initiate the immediate launch of a nuclear missile at Israel. That right there would stop the aggression against Rouhani’s country. Then, during the time that followed, I would have my country’s scientists work… Read more »

My scenario is a bit different. A nuclear weapon purchased from NK will deter an invasion, but Israel will attack the suspected weapons site pre-emptively when the US OK’s it, which it certainly will under Trump, what with jews’ very disproportionate financial and positional influences in national media and politics brandishing the career-ending “anti-semite” label to paleo-con and isolationist writers, and minimizing potential civilian losses. Israel’s initial attack will be conventional, and if it fails, Iran’s response will be to detonate the nuke launched from a Mediterranean gunboat or tanker off of the Tel Aviv coast, to which Israel will respond with its own nuclear attack attempt by large fighter group, possibly with a US carrier assisting on what US admirals later claim was to be a conventional response (for… Read more »

An alternative would be for Iran to nuke its own oilfields. This would be a dis-incentive to invade the country.