BILLY Chemirmir, a 46-year-old Black male, is an illegal immigrant from Kenya. While most (70%) of illegal immigrants in the US are unemployed, Chemirmir had a job. He was employed as an in-home “care worker” in Texas, and he also worked in senior living facilities across the Dallas-Fort Worth metro area. In some of these institutions, Chemirmir posed as an employee, although he didn’t really work there — which doesn’t say much for these increasingly non-White-staffed facilities’ security and safety.

Chemirmir has been charged with murdering twelve elderly women in Dallas and Collin Counties. Reportedly, Chemirmir killed the senior citizens by suffocating them with a pillow.

He was caught when he stole a jewelry box belonging to a 91-year-old lady who revived after being smothered. She’d been unconscious, but not dead, and she told police about the theft. A few days later, Chemirmir was seen throwing a jewelry box into a dumpster in Plano TX.

Chemirmir is being held in Dallas County jail on a nine million dollar bond. And, finally, at long last, he also has an immigration hold for being in the country illegally.

Police are investigating a whopping 750 similar cases to determine whether Chemirmir was involved in them, additionally, according to David Pughes of the Dallas Police Department.

The charges against Billy Chemirmir, so far, are for the murders of:

The daughter of Doris Gleason suspected foul play immediately when the body of her mother was found because jewelry and cash were missing from her home. Most significantly, there was a particular piece of jewelry that her mother always wore that was missing.

It appears that Billy Chemirmir did actually work as a nurse in Kenya, which goes to show the low standards which prevail in that country. His motive for killing elderly women apparently was to steal valuable property from them. After his arrest, police found a pile of women’s jewelry and their cellphones in his apartment.

Ilhan Omar is Right About Israel Hypnotizing America
Thanks, Jews: Black Violence Now Stains the Emerald Isle
Ben Shapiro, Ilhan Omar, and Dogs
Large Number of Black People Try to Lynch Brian Ogle, a White High School Senior, All Because He Pos...
Chicago: Torturer of Disabled White Teen Let Off with Probation; Judge Says "Do Not Mess This Up"
Invaders from Ebola-Infected Congo Have Crossed into Texas
Miscegenation Misery: The Rest of the Remains
The Hurricane
Tags:Black crimeBlack on White crimeDavid SimsElderly Whites

Sweden: We Are the Real Workers' Movement 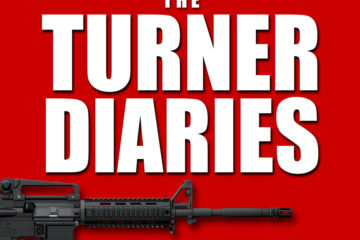 I’m in this S*hit-hole city called Seattle. Flooded with messages promoting everyone BUT the white man. This ZOG FOG agenda needs to be exposed and exterminated STAT. Count me IN.

Sorry, don’t wish to be too unkind, but what kind of brain dead
moron would allow their elderly White mother to be looked after
by a black male. Particularly one that looks like that. Looks exist
for a reason, and I think I recall an article on this very site which
covered the actual validity, biological in nature, of appearance as
a legitimate indicator of perceptions. Anyway, not a lot of kind
or smart in that face eh ?!! Geez ! Well, at least they weren’t a
“racist”. Oh, you’re from Kenya you say. Sounds lovely, please
tell me all about it …

Well, i have heard many companies hiring workers to care for the elderly will hire migrants and blacks, i have listened to the horror stories from the nursing homes, at a podcast somewhere else, and you can expect this only to get worse.
“The greatest generation” seems to be reaping the fruits of what they sowed.

Lots of murdered white grandmothers, you’d think this would be national news. All we are allowed to hear from the MSM is…crickets.

It is a clear thought crime to think that an illegal African could possibly be a serial killer of White grandmothers. If people ever stop to consider these illegal aliens invading our country as potential killers, the jig is up. Hence, crickets from sea to shining sea.

The last thing Minnie saw on Halloween night was the face of Billy Chemirmir looming over her with a pillow.

This fiend Chemirmir must have had accomplices who helped him get access to the victims, or at minimum did nothing to prevent him from getting it, and acquaintances who knew what he was doing. All must be indicted also, even if it means sparing him from the death penalty for life w/o parole. Historically, the jews have bitched about the casual indifference of some of the Nuremberg trial accused. Well here’s a chance to drag in the stupid Shamequa who let Chemirmir wander around her elder care employment without showing ID, and indict her as a co-conspirator to forced robbery (assuming Chemirmir didn’t announce his intent to kill his victims) though she bellows “I can be watchin yall all da tahm”. All surveillance videos must be made public. This case… Read more »

Let me add that the NBC account I linked omits that Chemirmir is an illegal alien, and pictorials showing all 12 victims. That makes it useful only to show MSM censorship in action compared to local reporting, which luckily exists here: https://www.star-telegram.com/news/local/crime/article230477979.html indicates that authorities knew of his criminality since 2010 yet no effort to deport him occurred. Two “slide shows” of 11 the victims, 10 of whom appear white and one asian, can be found at https://tinyurl.com/chemirmir . His cousin who provided Chemirmir with a SS# for job applications, should be jailed as a co-conspirator and deported for enabling fraud. Clearly, millions of white men had better marshal themselves for a task of expunging this nation of the shit that poor border-control and post-1964 immigration policy have allowed entry,… Read more »