Is There Intelligent Life on Earth? (part 3)

WHEN I WAS in college (long ago, when it was still possible to get an education in some of them) I knew a number of men of considerable accomplishment in the genuine sciences. They would no more have wasted three minutes of their time investigating the performances of a Jew-boy6 who claimed to bend spoons by thinking about them than they would have bought a talking dog from a ventriloquist or tried to dance on the point of a pin.

A scant decade ago, a whole passel of academically-certified scientists in the Electronic and Bioengineering Laboratory of the famous Stanford Research Institute focused their massive brains on a Jew-boy who said he could bend spoons by thinking about them, and they solemnly assembled the ponderous panoply of scientific apparatus to make “searching scientific tests” of the psychic whizz-kid’s powers. And after “exhaustive investigation” in their lavishly-endowed laboratory, they, on their scientific honor, asseverated that the wonder boy could indeed bend spoons without touching them and had indeed done so again and again under the unwinking scrutiny of their lynx-eyes, reenforced by all the instruments of their laboratory. They not only guaranteed Uri Geller’s powers but evangelically proclaimed them to the whole world, which was left to infer that if the Wunderkind really turned his mind to it, he could make a pretzel out of a railroad rail with a flash from his high-voltage psyche.

The great Stanford Research Institute, having appointed itself the Voice of Science, brayed out the glad tidings to the whole world until a professional magician, James Randi, quietly made jackasses out of them by showing how Geller performed his tricks. Randi explained the technique of spoon-bending in a book published in 1976 and now in its second edition, under the title, The Truth About Uri Geller (Prometheus Books, Buffalo, New York).

Now the appalling thing about all this, it seemed to me, was not that the “scientists” at the Stanford Research Institute had been such chumps as to be deluded by clever sleight-of hand. It was that they had been such ninnies as to investigate a claim so patently absurd — a claim that could not have imposed for an instant on anyone who has a modicum of common sense and is willing to use it.

As it is, we must be grateful for Mr. Randi’s prompt intervention. The assembled scientific brains of the Stanford Research Institute did not have time to proceed to “searching scientific tests” of the explanation of Uri Geller’s powers given by his trainer, a wizard who calls himself Andrija Puharich. According to Puharich, Geller constantly receives (on a tape recorder that erases itself) communications from master minds that live (of course) on an oversized spacecraft that is hovering in interstellar space at precisely 53,059 “light ages” from the earth. To keep Geller informed of current events, these remarkable beings utilize “the skin [!] of the envelope [!] of cosmic rays.” Now the sage Puharich does not tell us how many of our earth-bound years there are in one of his “ages.” He does not even tell us whether he means historical ages or geological ages or the kalpas of Hindu cosmology, but surely an “age” cannot be less than a century; whence it follows that, unless the skin of cosmic rays travels faster than what it encloses, the astronautical sages must have started their directional broadcasts to Geller’s brain at least 5,306,870 years before the nativity of the embryo messiah in Judaea. (Geller says he is an Israeli, so I assume he had the foresight to be born in the region most highly charged with divine mana).

But for Mr. Randi’s opportune intervention, the vast resources of modern Science might now be marshalled in the Stanford Research Institute to reenforce microtomes with which its distinguished scientists try to skin cosmic rays.

Now we must sadly reject the comforting hypothesis that the boys in the Stanford Research Institute spike their beer with peyote or laudanum. Their asininity was merely a symptom of what has happened to the modern mind.

Race and IQ: the Case for Genes
14 Reasons IQ Race Gap is Genetic
The Might of the West
The Composite Greek Woman
Multiracialists Are Crazy, Part 3
The Special Office Brief
The Greatest Holocaust the World Has Ever Seen
A Forgery Of Our Own
Tags:IntelligenceLifeMagiciansRevilo P. OliverScience 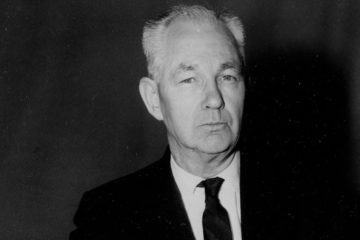 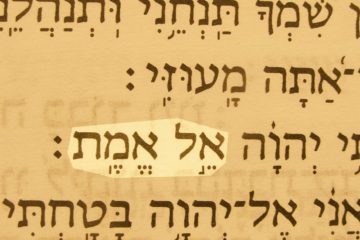 I recall that about ten years ago a local retail electronics supplier sold magic nickel-titanium alloy spoons that straightened when placed in hot liquid, e.g.coffee.

I have a feeling Geller probably owned one of those alloy spoons. Geller and everyone at Stanford are really living up to the lower intelligence of the spectrum as the more education you have, or really want us to be believe their asinine theories, therefore making us think stupidly.

The Jews are even better at bending minds than bending spoons. As Joseph Goebbels pointed out, “He [i.e., the Jew] is such an expert on twisting the truth that he can tell his innocent opponent the exact opposite of the truth even on the plainest matter in the world. He does this with such astonishing impudence that the listener becomes uncertain, at which point the Jew has usually won.” The Jew is behind “a system of public deception that, when applied long enough, lames a people both culturally and spiritually and over time strangles any kind of defense.”

Is There Intelligent Life on Earth? (part 3)