JOACINE Katar-Moreira, an African woman from Guinea-Bissau, a highly unstable African country, is running for the European Parliament elections through the far left Portuguese party LIVRE. During a conference in March in a very crowded theatre room in Brussels, the Black feminist and political activist, with a ‘very useful’ PhD in African studies, made an outlandish claim (among many others in her speech): Europe is “not White” and is “not democratic without Black women.”

The overwhelmingly White but degenerate-looking crowd then applauds and cheers for a few moments.

‘So I don’t know if my Europe is yours, or is yours,’ pointing to all the White faces in the room.

The crowd (and what is that weird metal headdress on the “man” on the left?) then proceeds to applaud, cheer and even whistle for several minutes with the former Greek finance minister Yanis Varoufakis in the background also cheering for this decadent show of intersectionality.

All her talk of “ecology,” “democracy,” “prosperity,” “equity,” and “equality” — things very close to unknown in Africa — is just an impertinent pretext to take from us what is rightly ours.

One observer, Marie C. stated after hearing Katar-Moreira: “Do your homework, woman! Go back to Africa and try to tell your Black men about equality. See how far you get with this. I bet there is not even a word for the concept of ‘equality’ in your native African language. And when there is no word for something, it is impossible to think it, let alone to act on it. You better tell your men to get to work and stop the ‘good’ old tradition of gang raping mother, daughter, and grandchild. Maybe you’d like to try out the method we Europeans and our ancestors used to gain our prosperity: hard work and intellugence — or are your people missing something in those areas? The exploitation of you is done not by us. It is done to us as well as a to you. It is done by the Jewish power structure, the very ones who facilitate your dysfunctional, harmful presence among us and who are playing you like a puppet.”

Trump's Israel-Pushed War with Iran Would Be Illegal, Idiotic, Disastrous 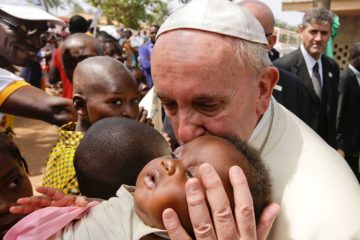 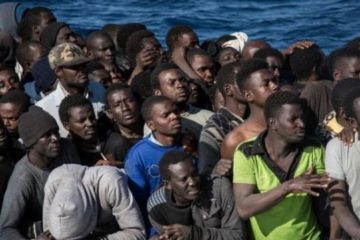 Just As They Want It: Europe’s Implosion, Africa’s Explosive Expansion 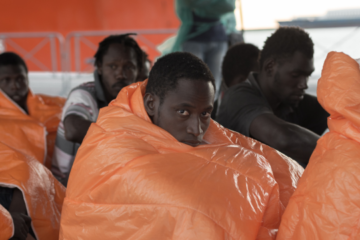 I laughed reading this article. The lunacy this Negro displays is what the Brits call an antisocial behavior, who cannot get along with others unless they agree with her. Africa is burning in flames, poor, hungry, degenerate Negros are trying to reach the Western world to hoard the white man riches. The very things the whites worked hard to get and the Negros want to covet them.

One thing the Portuguese in Angola noticed before the 1962 massacre of March 15 was the discrepancy in the Angola goverment where the Negro had the vast positions, nevertheless, the whites/Jews had the majority echelon positions. Odd, it was to them, and yet nothing good came of it.

What a clownish buffoon. The sputtering was due to being a stutterer, and can be overlooked, but what’s with all that demonic grimacing?

This is not a European way of talking.

Extremely scary woman. What are her reasons for seeking that office? What does she have to offer besides being black and very weird personally? What do people see in her? Are whites ever going to wake up from this evil trance?

Trial for treason and firing squad for everyone applauding in that room. One of
those times where ‘words’ simply will not suffice ! :)

Southern Portugal is racially integrated to a large degree already (and the situation has been aggravated by new arrivals from Angola, Mozambique and Brazil), but I guess this isn’t enough for this woman.
To quote a article on this site- “They Will Never Be Appeased”.