THE CREATORS OF a revolutionary AI system that can write news stories and works of fiction — dubbed “deepfakes for text” — have taken the unusual step of not releasing their research publicly, for fear of potential misuse.

OpenAI, an nonprofit research company backed by Elon Musk, Reid Hoffman, Sam Altman, and others, says its new AI model, called GPT2 is so good and the risk of malicious use so high that it is breaking from its normal practice of releasing the full research to the public in order to allow more time to discuss the ramifications of the technological breakthrough.

At its core, GPT2 is a text generator. The AI system is fed text, anything from a few words to a whole page, and asked to write the next few sentences based on its predictions of what should come next. The system is pushing the boundaries of what was thought possible, both in terms of the quality of the output, and the wide variety of potential uses.

When used to simply generate new text, GPT2 is capable of writing plausible passages that match what it is given in both style and subject. It rarely shows any of the quirks that mark out previous AI systems, such as forgetting what it is writing about midway through a paragraph, or mangling the syntax of long sentences.

Feed it the opening line of George Orwell’s Nineteen Eighty-Four — “It was a bright cold day in April, and the clocks were striking thirteen” — and the system recognises the vaguely futuristic tone and the novelistic style, and continues with:

“I was in my car on my way to a new job in Seattle. I put the gas in, put the key in, and then I let it run. I just imagined what the day would be like. A hundred years from now. In 2045, I was a teacher in some school in a poor part of rural China. I started with Chinese history and history of science.”

Feed it the first few paragraphs of a Guardian story about Brexit, and its output is plausible newspaper prose, replete with “quotes” from Jeremy Corbyn, mentions of the Irish border, and answers from the prime minister’s spokesman.

One such, completely artificial, paragraph reads: “Asked to clarify the reports, a spokesman for May said: ‘The PM has made it absolutely clear her intention is to leave the EU as quickly as is possible and that will be under her negotiating mandate as confirmed in the Queen’s speech last week.’”

From a research standpoint, GPT2 is groundbreaking in two ways. One is its size, says Dario Amodei, OpenAI’s research director. The models “were 12 times bigger, and the dataset was 15 times bigger and much broader” than the previous state-of-the-art AI model. It was trained on a dataset containing about 10m articles, selected by trawling the social news site Reddit for links with more than three votes. The vast collection of text weighed in at 40 GB, enough to store about 35,000 copies of Moby Dick.

Here’s what happened when we asked OpenAI to write about itself:

We gave OpenAI’s AI the first two paragraphs of this story to see what it would write about itself. Here’s the story it went with. To be clear: none of what follows is true.

The first thing that strikes you about GPT2 is its simplicity. First, the system is built on unsupervised learning from text, which essentially means the software is trained to spot instances of certain words that, when paired with other words, trigger the system to give it a human review of them. The system also learns through example and repetition, but does not have the capability to recognize itself.

This new, artificial intelligence approach could revolutionize machine learning by making it a far more effective tool to teach machines about the workings of the language. Deep-learning systems currently only have the ability to learn something specific; a particular sentence, set of words or even a word or phrase; or what certain types of input (for example, how words are written on a paper) cause certain behaviors on computer screens.

GPT2 learns by absorbing words and sentences like food does at a restaurant, said DeepFakes’ lead researcher Chris Nicholson, and then the system has to take the text and analyze it to find more meaning and meaning by the next layer of training. Instead of learning about words by themselves, the system learns by understanding word combinations, a technique researchers can then apply to the system’s work to teach its own language.

Once the system is fully ready, DeepFakes plan to make the software openly available for machine learning researchers.

DeepFakes’ research was supported by a $400,000 grant from the OpenAI Prize competition, which aims to boost the capabilities and diversity of autonomous systems that are safe to release to the public. OpenAI is a nonprofit dedicated to building and promoting open source AI systems, or as Nicholson aptly puts it, the “last, best hope for humanity to be safe and secure on Earth.”

DeepFakes’ team consists of 15 researchers in 12 departments working together to make GPT2, which was the result of two years of work. However, the team is not releasing the code for the system — a fact that might be surprising to some if they’re not familiar with how machine learning works — because GPT2 is so powerful, Nicholson explains.

He explained: “All of our AI systems must work together to make decisions that are more accurate and useful, but one of the problems we’ve encountered lately is not knowing how to trust a system at all, especially when it is working in such a large, complex system. When a system performs its normal function, it tends to make errors because of an unforeseen problem at the deeper level of the system.”

The team hopes that the software can create AI systems that are both safe and also highly useful in some way, but ultimately they’re excited about what they’ve built. Because of its ability to understand the human language, GPT2 is able to understand how to make some of the most important changes to the world in the years to come.

Nicholson explains: “GPT2 is the kind of system that we really need to build because we’ve built a society based entirely on humans creating information and then humans interpreting that information.”

Remember, the foregoing extended quote is completely fake, written by the software itself, which has not been programmed to output anything true — just something believable. The amount of data GPT2 was trained on directly affected its quality, giving it more knowledge of how to understand written text. It also led to the second breakthrough. GPT2 is far more general purpose than previous text models. By structuring the text that is input, it can perform tasks including translation and summarisation, and pass simple reading comprehension tests, often performing as well or better than other AIs that have been built specifically for those tasks.

That quality, however, has also led OpenAI to go against its remit of pushing AI forward and keep GPT2 behind closed doors for the immediate future while it assesses what malicious users might be able to do with it. “We need to perform experimentation to find out what they can and can’t do,” said Jack Clark, the charity’s head of policy. “If you can’t anticipate all the abilities of a model, you have to prod it to see what it can do. There are many more people than us who are better at thinking what it can do maliciously.”

To show what that means, OpenAI made one version of GPT2 with a few modest tweaks that can be used to generate infinite positive — or negative — reviews of products. Spam and fake news are two other obvious potential downsides, as is the AI’s unfiltered nature . As it is trained on the internet, it is not hard to encourage it to generate bigoted text, conspiracy theories and so on.

Instead, the goal is to show what is possible to prepare the world for what will be mainstream in a year or two’s time. “I have a term for this. The escalator from hell,” Clark said. “It’s always bringing the technology down in cost and down in price. The rules by which you can control technology have fundamentally changed.

“We’re not saying we know the right thing to do here, we’re not laying down the line and saying ‘this is the way’ … We are trying to develop more rigorous thinking here. We’re trying to build the road as we travel across it.” 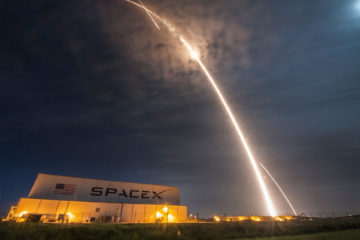 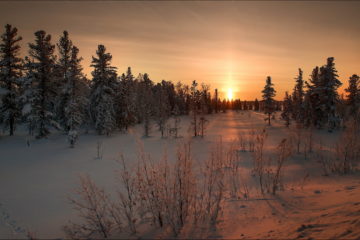 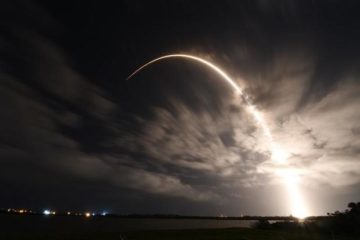 Taking that opening sentence from “1984” and then having the AI text generator extrapolate from there resulted (IMO) in utter nonsense, as this example demonstrates: “I was in my car on my way to a new job in Seattle. I put the gas in, put the key in, and then I let it run. I just imagined what the day would be like. A hundred years from now. In 2045, I was a teacher in some school in a poor part of rural China. I started with Chinese history and history of science.” A Charles Dickens this AI text generator is not. Let’s see…the “character” in this brief passage is on his way to a new job in Seattle. Okay. Then he “imagines” what the day would be like a… Read more »