Stories From Our Chilly Northern Home

This is the foreword to a children’s book I picked up in an antique store. — Blake Hood

by James Baldwin
from The Story of Siegfried (1931)

WHEN THE WORLD was in its childhood, men looked upon the works of Nature with a strange kind of awe. They fancied that everything upon the earth, in the air, or in the water, had a life like their own, and that every sight which they saw, and every sound which they heard, was caused by some intelligent being. All men were poets, so far as their ideas and their modes of expression were concerned, although it is not likely that any of them wrote poetry. This was true in regard to the Saxon in his chilly northern home, as well as to the Greek in the sunny southland. But, while the balmy air and clear sky of the south tended to refine men’s thoughts and language, the rugged scenery and bleak storms of the north made them uncouth, bold, and energetic. Yet both the cultured Greek and the rude Saxon looked upon Nature with much the same eyes, and there was a strange resemblance in their manner of thinking and speaking. They saw, that, in all the phenomena which took place around them, there was a certain system of regularity, as if these were controlled by some law or by some superior being; and they sought, in their simple poetical way, to account for these appearances. They had not yet learned to measure the distances of the stars, nor to calculate the motions of the earth. The changing of the seasons was a mystery which they scarcely sought to penetrate. But they spoke of these occurrences in a variety of ways, and invented many charming stories with references to them, not so much with a view towards accounting for the mystery, as towards giving expression to their childlike but picturesque ideas.

Thus, in the south, when reference was made to the coming of winter and to the dreariness and discomforts of that season of the year, men did not care to explain the causes, as our teachers now do at school; but they sometimes told how Hades had stolen Persephone (the summer) from her mother Demetre (the earth), and had carried her, in a chariot drawn by four coal-black steeds, to the gloomy land of shadows; and how, in sorrow for her absence, the Earth clothed herself in mourning, and no leaves grew upon the trees, nor flowers in the gardens, and the very birds ceased singing, because Persephone was no more. But they added, that in a few months the fair maiden would return for a time to her sorrowing mother, and that then the flowers would bloom, and the trees would bear fruit, and the harvest fields would again be full of golden grain.

In the north a different story was told, but the meaning was the same. Sometimes men told how Odin (the All-Father) had become angry with Brunhild (the maid of spring), and had wounded her with the thorn of sleep, and how all the castle in which she slept was wrapped in death-like slumber until Sigurd or Siegfried (the sunbeam) rode through flaming fire, and awakened her with a kiss. Sometimes men told how Loki (heat) had betrayed Balder (the sunlight), and had induced blind old Hoder (the winter months) to slay him, and how all things, living and inanimate, joined in weeping for the bright god, until Hela (death) should permit him to revisit the earth for a time.

So, too when the sun arose, and drove away the darkness and the hidden terrors of the night, our ancestors thought of the story of a noble young hero slaying a hideous dragon, or taking the possession of the golden treasures of Mist Land. And when the springtime came, and the earth renewed its youth, and the fields and woods were decked in beauty, and there was music everywhere, they loved to tell of Idun (the spring) and her youth-giving apples, and of her wise husband Bragi (Nature’s musician). When storm clouds loomed up from the horizon and darkened the sky, and thunder rolled overhead, and lightening flashed on every hand, they talked about the mighty Thor riding over the clouds in his goat-drawn chariot, and battling with the giants of the air. When the mountain meadows were green with long grass, and the corn was yellow for the sickles of the reapers, they spoke of Sif, the golden-haired wife of Thor, the queen of the pastures and fields. When the seasons were mild, and the harvests were plentiful, and peace and gladness prevailed, they blessed Frey, the giver of good gifts to men.

To them the blue sky-dome which everywhere hung over them like an arched roof was but the protecting mantle which the All-Father had suspended above the earth. The rainbow was the shimmering bridge which stretches from earth to heaven. The sun and the moon were the children of a giant, whom two wolves chased around the earth. The stars were sparks from the fire land of the south, set in the heavens by the gods. Night was a giantess, dark and swarthy, who rode in a car drawn by a steed the foam from whose bits sometimes covered the earth with dew. And Day was the son of Night; and the steed which he rode lighted all the sky and the earth with the beams which glistened from his mane.

It was thus that men in the earlier ages of the world looked upon and spoke of the workings of Nature; and it was in this manner that many myths, or poetical fables, were formed. By and by, as the world grew older, and mankind became less poetical and more practical, the first or mythical meaning of these stories was forgotten, and they were regarded no longer as mere poetical fancies, but as historical facts. Perhaps some real hero had indeed performed daring deeds, and had made the world around him happier and better. It was easy to liken him to Sigurd, or to some other mythical slayer of giants; and soon the deeds of both were ascribed to but one. And thus many myth stories probably contain some historical facts blended with the mass of poetical fancies which mainly compose them; but, in such cases, it is generally impossible to distinguish what is fact from what is mere fancy.

All nations have had their myth stories; but, to my mind, the purest and grandest are those which we have received from our northern ancestors. They are particularly interesting to us; because they are what our fathers once believed, and because they are ours by right of inheritance. And, when we are able to make them still more our own by removing the blemishes which rude and barbarous ages have added to some of them, we shall discover in them many things that are beautiful and true, and well calculated to make us wiser and better.

It is not known when or by whom these myth stories were first put into writing, nor when they assumed the shape in which we now have them. But it is said, that, about the year 1100, an Icelandic scholar called Saemund the Wise collected a number of songs and poems into a book which is now known as the “Elder Edda;” and that, about a century later, Snorre Sturleson, another Icelander, wrote a prosework of a similar character, which is called the “Younger Edda.” And it is to these two books that we owe the preservation of almost all that is now known of the myths and the strange religion of our Saxon and Norman forefathers. But, besides these, there are a number of semi-mythological stories of great interest and beauty — stories partly mythical, and partly founded upon remote and forgotten historical facts. One of the oldest and finest of these is the story of Sigurd, the son of Sigmund. There are many versions of this story, differing from each other according to the time in which they were written and the character of the people among whom they were received. We find the first mention of Sigurd and his strange daring deeds in the song of Fafnir, in the “Elder Edda.” Then, in the “Younger Edda,” the story is repeated in the myth of the Niflungs and the Gjukungs. It is told again in the “Volsunga Saga” of Iceland. It is repeated and re-repeated in various forms and different languages, and finally appears in the “Nibelungen Lied,” a grand old German poem, which may well be compared with the Iliad of the Greeks. In this last version, Sigurd is called Siegfried; and the story is colored and modified by the introduction of many notions peculiar to the middle ages, and unknown to our Pagan fathers of the north. In our own time this myth has been woven into a variety of forms. William Morris has embodied it in his noble poem of “Sigurd the Volsung;” Richard Wagner, the famous German composer, has used it in the construction of the inimitable musical dramas known collectively as “The Ring of the Nibelung;” W. Jordan, another German writer, has given it to the world in his “Sigfrid’s Saga;” and Emanuel Geibel has derived from it the materials for his “Tragedy of Brunhild.”

And now I, too, come with the STORY OF SIEGFRIED, still another version of the time- honored legend. The story as I shall tell it to you is not in all respects a literal rendering of the ancient myth; but I have taken the liberty to change and recast such portions of it as I have deemed advisable. Sometimes I have drawn materials from one version of the story, sometimes from another, and sometimes largely from my own imagination alone. Nor shall I be accused of impropriety in thus reshaping a narrative, which, although hallowed by an antiquity of a thousand years and more, has already appeared in so many different forms, and been clothed in so many different garbs; for, however much I may have allowed my fancy or my judgment to retouch and remodel the immaterial portions of the legend, the essential parts of this immortal myth remain unaltered. And, if I succeed in leading you to a clearer understanding and a wiser appreciation of the thoughts and feelings of our old northern ancestors, I shall have accomplished the object for which I have written this Story of Siegfried.

Half of Western European Men Descended From One Bronze Age 'King'
The Greatest Generation
Our Proximate Future
The Best Thing You've Ever Done and the Best Words You've Ever Spoken
The Ethnic Phenomenon in Psychology
Why Europeans Must Reject Christianity: Part I
Inspirational Video of the Day: Europe Must Not Despair
The Pariah Nation
Tags:EuropeansMythologyMythsNorse sagasNorsemen

Darwin on the Rise and Fall of Human Races, Part 2 of 2 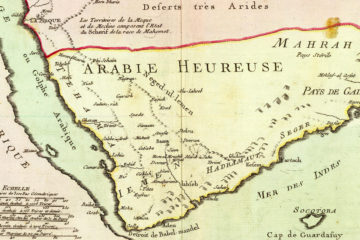 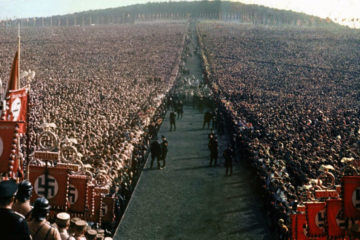 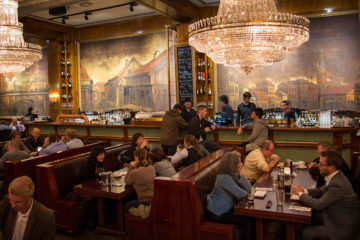 To clarify, this is our James Baldwin (1841-1925).
Looks like some excellent books for the home schoolers (or anybody) out there. This website has several of his books available to read online. 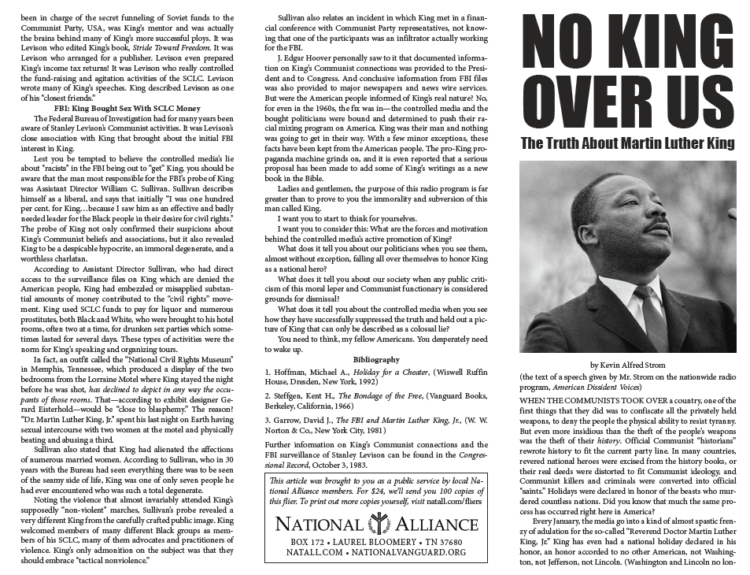 Stories From Our Chilly Northern Home