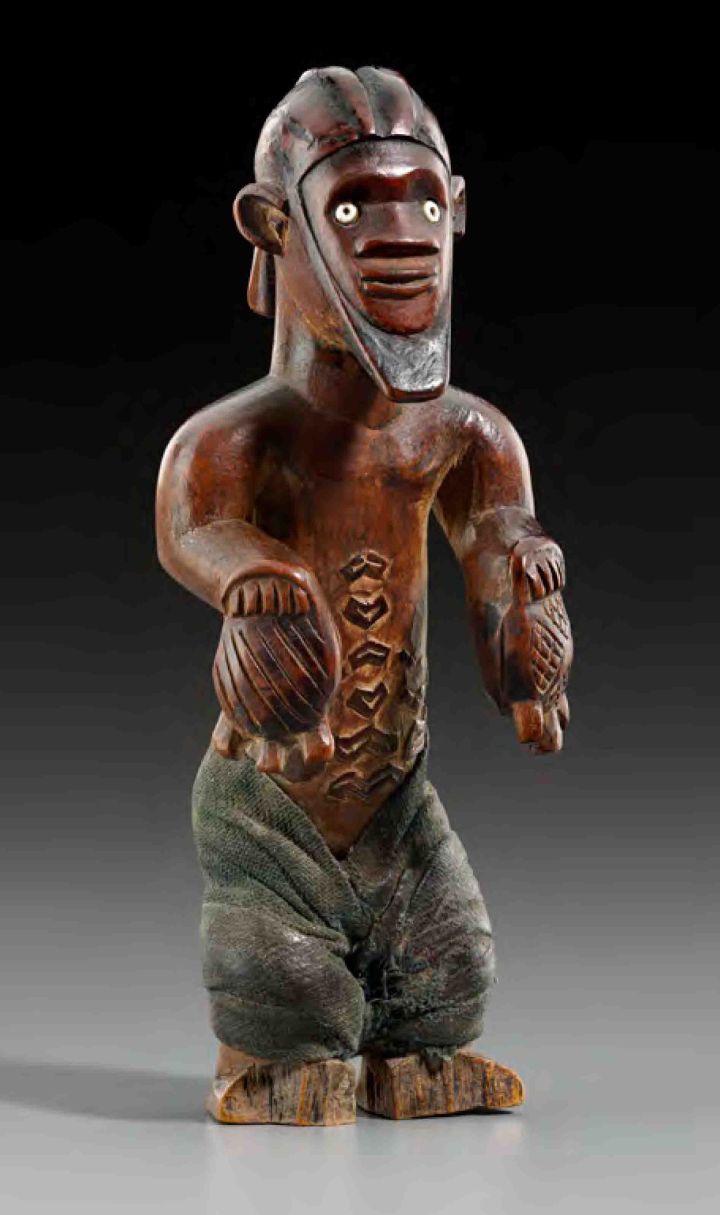 IT’S NOT ENOUGH to wipe White people out genetically. It’s not enough to deny them their own space in which to continue their existence. You have to obliterate any sense of pride in their ancestors’ achievements and instill a sense of shame and guilt in them even when they are doing something as innocent as viewing a work of art.

Our encyclopedic museums like the Metropolitan Museum of Art are vocally committing themselves to diversity and inclusion, and enacting major changes to the way they tell the story of world art. In many ways, however, Europe is still firmly fixed at their centers. I work in a large encyclopedic museum, where I curate shows and displays in a collection of European art. Amidst a surge in white supremacist violence in my community and across the country, I believe the time has come to reconsider how American museums are presenting European art.

European painting and sculpture has formed the core of our museums since they were founded. These works usually inhabit the largest and most central galleries in buildings that are themselves European in style, modeled after the great royal and imperial collections of England, France, and Germany. Because the centering of Europe is baked into the architecture of these institutions, some may not see the connection to white supremacy today. But white supremacists do. Europe’s cultural prestige is their evidence for the racial superiority of white America.

The author is one Alexander Kauffman. Kauffmann (with its spelling variants) is a typically Jewish name, which means “Merchant” in German. This Kauffman is an Unhappy Merchant. He’s unhappy because White people who don’t want to become an ethnic minority in their own land (aka White supremacists) point to their artistic heritage as an example of what will be lost if the Brown horde swamps the citadel of light.

Consider the recruitment materials that white supremacist groups distribute. One video starring Richard Spencer cycles through images of European paintings and monuments as he intones: “We aren’t just white. White is a checkbox on a census form. We are part of the peoples, history, spirit, and civilization of Europe.” Joining Spencer at the 2017 Unite the Right Rally was the white nationalist group Identity Evropa. They assert the superiority of “European, non-Semitic heritage” and advocate ending immigration to the United States to maintain the “European-American supermajority.” They recruit primarily on college campuses and use imagery of Renaissance sculptures emblazoned with calls to “Protect your heritage” and “Serve your people.” A March 2018 rally on the steps of Nashville’s replica of the Parthenon featured a 40-foot banner: “European Roots/American Greatness.” Far-right Twitter and Reddit also proudly claim 19th- and 20th-century European art, but tend to lose interest around the end of the Second World War. As neo-Nazi site The Daily Stormer tells it, with the Allies’ victory, “the West’s cultural evolution was also completely upset. In practically every way, the art produced today is inferior to European art thousands of years old.”

In the cities where today’s white supremacists are organizing, museum galleries are the places where Europe’s cultural patrimony is most visibly singled out as exceptional. The white supremacists have noticed. In February of last year, one group gathered at the Minneapolis Institute of Art. Lingering in a room of 18th-century French armchairs and English landscapes, they were confronted by anti-fascist activists, then threw punches and were ejected. They had come to the museum for a “white lives matter” rally. Organizers later explained that they chose that location in order for participants to “enjoy the Minneapolis Institute of Art’s collection of traditional art.”

What can be done to beat down White Pride?

After the violence in Charlottesville, Charleston, and Pittsburgh, our encyclopedic museums must take steps within their galleries of European Art to combat white supremacist ideology.

“Globalization,” “interconnectivity,” and “diversity” are more than museum “buzzwords”; they are the battles white supremacists are fighting. Thankfully, the Met and other major encyclopedic museums are enacting change: exhibiting and commissioning more work by contemporary artists from historically underrepresented groups; expanding their collections and galleries of historical African, Asian, and Latin American art; and better representing indigenous and immigrant artists in their historical American galleries.

Deny White people really exist except when they’re the objects of attack. When they seek to mobilise in their own defence, break them down into micro-communities incapable of rallying for collective action or pride.

Dredge up any residues of “diverse people” we can find in the collections, hitherto left unremarked because their art was unremarkable. The bonus points from diversity make it worthy of exhibition.

“There is no art from People of Mud, Muslims, Jews or women on on this wall because our ancestors, who acquired the objects in this collection, had more sense than we did and recognised lack of artistic merit when they saw it.”

A layer of politically correct commentary also needs to be imposed on the art.

And, of course, we must hire more low-talent Brown people who would otherwise be unable to gain employment on the strength of their personal merits alone.

What we are faced with truly is the most systematic effort at genocide the world has ever seen. Every manifestation of a people’s existence, must be attacked and undermined.

Some of these changes are already happening in European art departments, at the Met and at museums across the country. But as a professional body, European art has sat on the sidelines of museum efforts toward diversity, equity, and inclusion for too long. We must energetically join our colleagues who have been doing this work for decades, show them we stand in solidarity and support, and seek out and listen to our critics. They inspire the recommendations here. Museums are not neutral. Displays of European Art are not neutral. White supremacists know it. We must see it too.

The author, Alex Kauffman, has declared his willingness to answer your questions. So if you have any, fire away. Judging by the timbre of his voice, he would probably qualify for diversity inclusion under the “non-hetero-normative” box.

They could destroy all art produced by Whites if they wanted.
They could expropriate all White accomplishments and falsify history to suit their needs.
They could even tear down all our monuments, architectural works, and all other evidence that we were even here. They certainly are doing their best at doing so, as is the nature of the Jew.

But if we keep our bloodlines intact, make more children to extend our kind into the future, and hold (and use!) repositories of our history, culture, and other evidence of the accomplishments of our kind in our own homes or in places such as the newly-built William L. Pierce library with which to educate ourselves, we can build new art, architecture, and other accomplishments.

Let them try to suppress it; it will come roaring back. Their art galleries will be as deserted at that “Great Kings of Africa” display I went to at the 1982 World’s Fair (I think it was sponsored by Schlitz beer. They had paintings of the “great kings.” Cleopatra looked like Oprah, Hannibal looked like Mr. T. I think they even had the Roman general, Scipio Africanus , looking like Colin Powell with feathers.) Just look at the enthusiasm for that rather ridiculous fantasy movie a few years back, “The Lord of the Rings.” People liked it because it touched their European souls. All sorts of people—goths, geeks, dweebs, Christians, pagans, etc. I am not sure liberals liked it too much, but they are a small minority. And I do… Read more »

Enemies of the hated South have been tearing down statues for several years. Add to that, renaming streets and buildings. The rest of the country has carte blanche.

The Texas state capital is named from racist Stephen F. Austin, the Father of Texas. Will the city be renamed?

In a letter to Senator Henry Clay, Austin said of the impending conflict with the Mexicans: “mongrel Spanish-Indian and negro race, against civilization and the Anglo American race.”

Awesome statue of Mr. Austin. Is he too White? Will the mobs and fanatics tear it down?

He’s a post doctorate curatorial fellow and a specialist on Duchamp. Definitely a cock smoker… and probably donated HIV tainted blood today. Because queers are heroes too… Cultural heroes and heroic life savers. Racist laws, racist art and bigoted health standards must be done away with until queer blood coursing through your veins. It’s the sure path to Utopian equality. Drive safe!