STEFAN MOLYNEAUX, the popular YouTube personality, sometimes publicizes truths that are helpful to the White cause these days. But he is still mired in questionable ideas from his libertarian past. One such confused idea is that “violence never solved anything”; that “violence doesn’t work.” Here’s David Sims’ response to Molyneaux on that point.

STEFAN, you need to seriously consider the idea that you aren’t the universal arbiter of which methods of conflict resolution are and aren’t “acceptable.” Violence has ended more such conflicts, and more decisively, than any other method. While it is certainly true that violence escalates, it’s also true that it does not escalate forever. Sooner or later, one side is victorious and the other side is eliminated.

Genghis Khan died a peaceful death, after killing millions. If his heirs spent and dissipated the Mongols’ power through degeneracy and corruption, then that only makes it more clear, by contrast, that the methods of Genghis Khan were correct and wise, from the Mongol point of view, and those of his heirs were not.

What is the safest way to abolish slavery? The way the Arabs did it, which was this: Kill all of the slaves. That’s what the Arabs did, and they don’t have a big problem with a menacing Black underclass today. And are Arabs hurting, being persecuted, or being held to account for that act? Doesn’t look like it.

The White West freed their slaves, instead, and didn’t even implement the minimally violent alternative of deporting them from North America. And now look at what has happened. [We Whites are too soft-hearted. Even from the point of view of someone who hates violence and conflict, releasing the Blacks into our society was a stupid decision. It caused far more violence, for a much longer time (it hasn’t stopped yet, baby) than separation or even outright killing would have caused, and there is a definite possibility that that soft-hearted “nice” decision may even lead to the end of the society and people which made said decision. Outcomes can’t possibly get worse than that. — Ed.]

Or just go back about a million years, to the day when a member of the Homo erectus species killed the very last member of the Australopithecus robustus species. Was there any blowback from that killing? No. Will there ever be? No. If solving problems by brute force “doesn’t work,” then the reason, probably, is that you didn’t use enough of it.

Trump Deserves a Serious Comeuppance
Jewish Bankers Were the Cause of Both World War 2 and the Armenian Genocide
The Capitalists and Their Pet-Poodle Philosophers
Chicago: Sickening Torture of Mentally Disabled White Man by Blacks
The Mexican Menace
Chicago: Move Afoot to Eliminate Sites Named After "White Racists" George Washington, Andrew Jackson
US Pushing for War With a Military That Keeps Losing Them
Charlottesville: More Persecution of the Innocent
Tags:Black slaveryStefan MolyneauxViolenceWar

John Kasich, Prophet of the Lord

Canadians and the people of South America were smart enough to solve the slave problem without violence. In extreme contrast, the people of America waged a war that caused the world to shudder. A war that divides American history from 1865 To Present.

Molyneaux asserts that if you don’t like something “make better arguments”, implying that if you have a society you disdain then it’s your fault it exists because you weren’t “eloquent enough” in proposing your own ideas. Once, long ago, I generally accepted that point of view. But if this were basically true, then it implies that those who opposed the Bolsheviks in pre-1917 Russia must have not been “eloquent enough” in their opposition to those who would go on to liquidate millions of other Russians. So, according to Molyneaux’s view, it’s the fault of the anti-communists that so many people died, because they weren’t “eloquent enough”. Ideas do not necessarily trump other ideas, whether in the field of politics or science or anything else. Especially if your better ideas are… Read more » 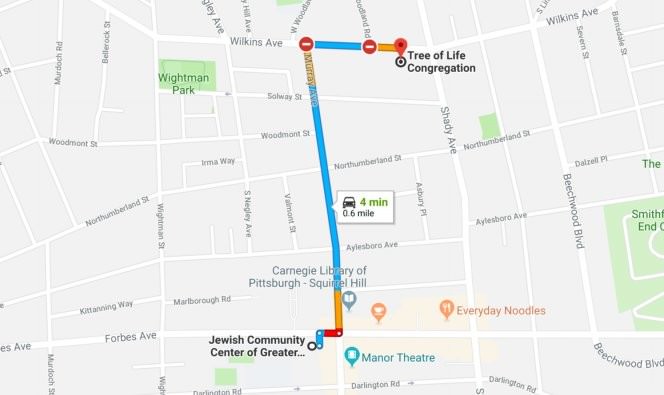 Just some interesting details on this case.

Great article ! Makes the point(s) I have long thought, & sometimes
communicated to others. Our adversaries have no problems with
‘violence’. I have often said, “There are NO non-violent or ‘political’ solutions to our predicament. None. Sorry.”