THE YEAR, 1945. The place, the jailhouse in Washington, D.C. Why I was there cannot easily be explained in just a few sentences. Along with many others I had been indicted in the notorious World War II sedition trial.

History buffs should study this American travesty of justice. The prosecutor, John Rogge, was later wined and dined in Moscow for a job well done. As for me, I spent more than six years in prison, lost all my material possessions, and my US citizenship to boot.

My “crime” was that I had written an article in 1940 for The Free American, a weekly tabloid published by the German-American Bund. In it I warned that, if America entered the war in Europe, the inevitable result would be the strengthening and expansion of the Soviet Union. The article was read by Rogge to the jury.

In 1945, after the Germans had surrendered and I was still in jail (even though the sedition trial was called off after the death of the judge), one of the guards wondered how I felt about the “victorious crusade.”

“Don’t you think,” he asked, “we will have a chance to make peace forever, now that that s.o.b. Hitler is dead?”

Though I knew he was an FBI informer, I replied, “If the United States really wants to enjoy peace for a while, it should immediately feed and rearm the battle-tried German soldiers, join them as comrades in arms, and go out and defeat the Bolsheviks while there is still time.”

We know today that even Churchill in a rare moment after the war admitted that he had “killed the wrong pig,” though he was never smart enough to realize he had also killed his own British Empire. But the guard knew nothing of this.

“Listen,” he said to me, “I always had my suspicion about you. You don’t belong in this jailhouse. You should be in an institution for crazy people. Don’t you know by now that the Soviet Union is our most valuable ally and that the Red Army is mainly responsible for our great victory in Europe?”

In the fall of 1945 the same guard helped escort Ezra Pound, the American poet, from our Washington jailhouse to a nearby madhouse. Ezra was pronounced insane. I was taken to Ellis Island for deportation. We were both locked up for a sizeable portion of our lives. The guard with his truly insane views never spent a night inside a cell, padded or otherwise. 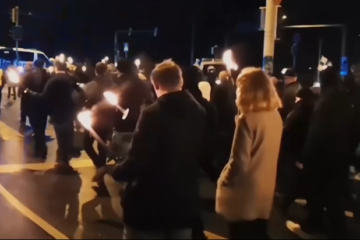 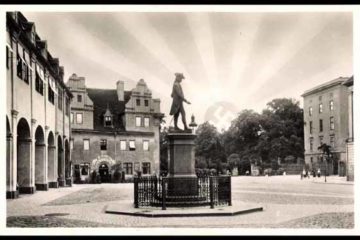 Finance-Capitalism vs. Honor and Folk

“You should be in an institution for crazy people.”

Jewed media outlets have been doing their best to CONvince people that “racism is a mental illness” for decades now. The idea here is to get those the Jews and their paid presstitutes are reaching with their media to put pressure on government legislators to enact laws making it easy for the “authorities” to incarcerate or otherwise forcibly detain for extended periods on a “mental health” basis.

It’s coming as soon as the weight of brainwashable voters achieve critical mass! Downbreeding and propagandizing has been going on long enough, it shouldn’t take but another decade or two…

….unless we each take more responsibility for the future and make it what we want instead of what they want.