MIDDLE AMERICA is facing a determined and pervasive attack from criminal outsiders who want to destroy their way of life with an endless campaign of corruption. You’ve probably already guessed who I’m talking about. That’s correct. “Nazis.” Oh yeah, the hitlerites are out there, scrawling incorrectly made fascist symbols into the newly fallen snow, the ultimate display of “White supremacy.” We really need to give up more of our freedoms so this will never happen again.

Police are asking for the public’s help to determine who carved swastikas in the snow Thursday.

This is not a joke. We need to devote police resources to this literal snow job. Turn in your neighbor! I don’t know if he’s the one you want, but I heard him saying bad things about “African-Americans,” once. You better arrest him, just in case.

The department tweeted out this image saying two swastikas were discovered at the Vicino on the Lake apartment complex at around 7pm. They were eight-feet wide by eight feet high.

Police are working with the FBI to find the people or person who carved them in the snow.

Let’s get the federal creep state involved, too. Maybe use a few of our “nukes” to flush out the goose-stepping snow bunnies.

They want anyone who saw suspicious activity in the area to call Creve Coeur Police at: 314-872-2543.

Be on the watch for crime think or face crime. It could easily be a “Nazi” disguised as a good little barcode. Regulate your own behavior. Develop the American Look. Live in fear.

Sadly, this very promising tale of flurry vandalism didn’t really provide much to discuss, apart from the usual calls to spy on everyone and install a kommissar in your own head in response to an obvious fraud. We are a free and open society. Fortunately, g*d never closes a door without opening a window and a link was provided to an even more incredible tale of “hate” from earlier this month.

Phil Rossman plays golf at Smock Golf Course nearly five days a week. Over the weekend, the Vietnam veteran saw something during his regular round that goes against everything he stands for in life.

Boomer Bill, who participated in a wildly unpopular and illegal war half a century ago, was eager for his daily dissipation, but all was not well with the plan to burn up all his remaining shekels hitting a ball into little holes. He encountered pure evil, the horror, the horror. I should also mention he might be one of g*d’s chosen and it sure is convenient that he’s the one to discover this, on the links where he can always be found.

It’s like the banality of evil, man. Here, let me stuff another discount burrito into my fat face. It sure is good my country is dying. I should be safely dead by the time the real chaos starts. It’s really not surprising to see this, we all know the shkotzim, I mean my fellow Whites, are irredeemably wicked and must be destroyed.

Rossman snapped a few pictures that show a racial slur, along with a swastika carved into the 8th hole green, the most recent in a number of swastikas found in Indiana in the past few months.

The National Socialist plague in Indiana. We need those “hate speech” laws and we need them right now.

“It’s not the physical damage that was done, it’s the psychological damage,” Rossman said.

Luckily this hoax was, as usual, done to something that can be easily repaired. But think of the poor poisonous mushroom, the big greasy tears sliding down old number six. My entire family up a chimney, the cruel reminders of Soviet war propaganda and horrible events that didn’t actually happen but are real in my mind.

“Anybody that’s willing to do such a thing directed at people who may be different than they are, it just bubbles up nothing more, nothing less really, than disgust.”

I hate people because they’re “different.” It has nothing to do with your behavior, with the Frankfurt School, with the disastrous Jewish century, with the endless demoralizing kosher filth or their ultimate goal of White genocide.

“As Indy Parks welcomes 8.3 million people annually, our team is committed to keeping our parks and park spaces open to everyone. We work every day to ensure our customers feel comfortable in our parks and take pride in knowing our staff values the people we serve. We will not accept any action or activity that goes against welcoming people into our parks and will continue working closely with our park rangers and partners at IMPD to ensure the safety and security of all of our guests.”

In light of what happened in Pittsburgh last weekend, Rossman believes these incidents should not be taken lightly.

You’re probably already wondering “What happened in Pittsburgh?” unlike me, a good goyim who will never forget and continue to honor their memory for at least the next few years, maybe longer.

“There’s a cause and effect relationship to all this stuff,” Rossman said. “If we have people out there doing this, what’s the next step they go to?”

Yeah. No kidding. Cause: the gentile is getting a little too uppity with their remaining rights. Effect: phony hate crimes used a cudgel against the cattle until they’re reduced to the brown slaves promised by the talmud.

Regardless of the vandals’ intention, Rossman says the hate needs to stop.

Hey, hey! Ho, ho! The First Amendment has got to go!

“If they found out it was a few kids just dinkin’ around because of stuff they saw on TV, it doesn’t take away from the fact that it’s still wrong,” Rossman said.

Hello fellow kids, are you dinkin’ around? You probably got this idea from all the pro-Nazi shows on your talmudvision, but I’m here to tell you it’s not okay. Twenty-three skiddoo!

The words have since been covered up with sand, and the golf course will have to make repairs to the green to remove the words. 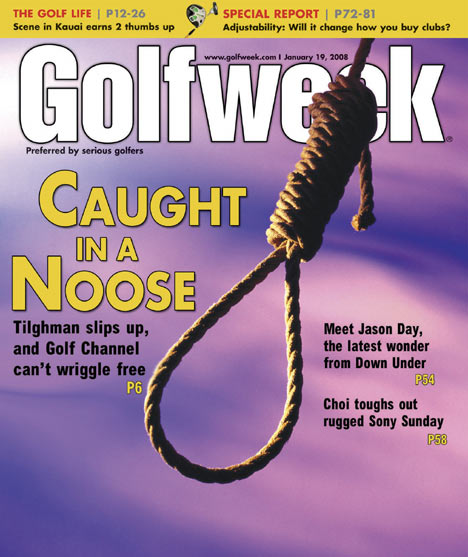 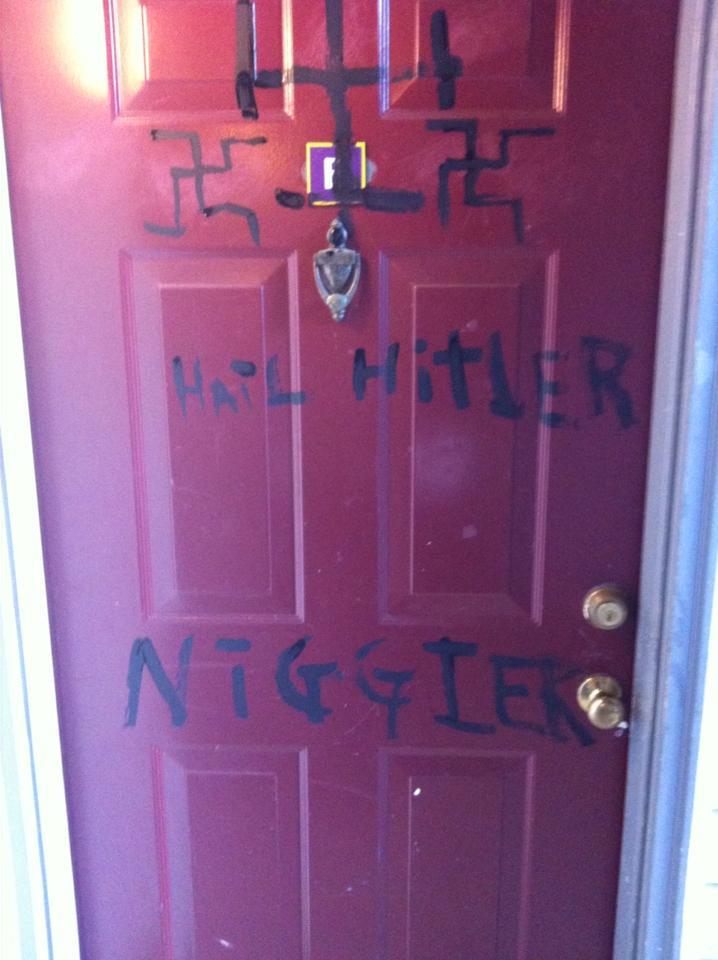 It’s amazing that the FBI is investigating (backward) snow swastikas. What if I made an Autumnal swastika by clearing fallen leaves only in a certain shape on a public park lawn? Will jews berate building managers inheriting the same ‘faux pas’ as the Coronado Naval Amphibious Base in San Diego? It looks like this: http://img.timeinc.net/time/photoessays/2009/google_earth/swastika.jpg , but it may get N. Korean style Potemkin hallways to connect its offending arms, on top of $600k in tax dollars already blown at the ADL’s request of course: https://www.nytimes.com/2007/09/27/us/27swastika.html . And so that mini-boondoggle has fueled some Israeli jew’s “conspiracy” accusation toward an old-age home in Dixie: http://www.nbcnews.com/id/23633404/ns/us_news-life/t/alabama-building-tries-shake-swastika-shape/ .