LOOKING FOR HALLOWEEN entertainment last night, I made a questionable decision and selected American Horror Story, season 7, expecting assured disappointment since the previous six seasons were almost uniformly bad. In the first five minutes of this season, you can see that the “horror” apparently centers around the election of Donald Trump. His inauguration is being presented, in an ostensibly horror-genre series, as “horror” itself. This is “liberal” hysteria, turned up to 11.

At least that aspect of reality — the left’s post-election meltdown — is accurately portrayed. Three episodes in, this season is taking s few shots at both stereotypes — Trump supporters and hysterical liberals alike. I think I know what note it’ll end on, but at this point, it is slightly more balanced than I had anticipated. Still, Hollywood is Hollywood. There will never be a favorable conclusion.

If Trump were anything like the fascist tyrant they insist he is — the leader I only wish he were — they should know Hollywood might have been rendered a glass parking lot by now, and the blanched and bloated corpses of “militant” leftists would have been decorating lampposts from Portland, Oregon, to Portland, Maine.

You’d almost think they’d be grateful that he’s not a fraction as “monstrous” as their caricatures would indicate, but they honestly seem to enjoy this orgiastic climax of self-induced fear. Is it sadism when self-inflicted, or still masochism?

As one wit commented on the show:

God, it was such an agendafest it was almost watchable as a parody of itself.

Incidentally, I perused Kim Kelly’s Twitter feed an hour or so ago in half boredom/half morbid curiosity, and she and her betamax assemblage of friends seem to legitimately believe the lies they’ve told themselves.

I’m out here in the woods trying to have a wholesome weekend and Nazis keep fucking it up!!

They are in no doubt that we’re on the brink of some kind of “fascist police state” in which Blacks, Jews, homosexuals, women, and the disabled have all been stripped of every human right overnight and now languish in the depot of a one-way train ride. It is remarkable.

I am shocked that people scare this easily and that they’ve lost all touch with reality. I guess every day is kind of Halloween for the left. Boo!

Watching the News
FOX Comedy Features Six Year Old "Trans" Boy Wearing Bondage Gag
Disney and the Jews: Eisner and His Kind Must Stop Harming Our Children
Americans Bombarded With As Much Propaganda As North Koreans
The Upside of White Genocide: Propaganda So Good They Had to Make it Twice
Cultural Transplants
$100M Chinese "Cultural Theme Park" to be Built in South Carolina
Lee De Forest
Tags:EntertainmentHysteriaNetflixTelevision 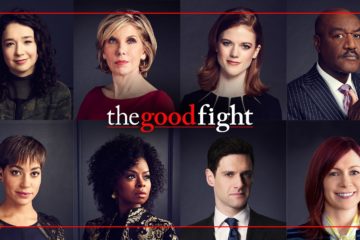 The Open Sewer of Network Talmudvision

It’s not just the television propaganda from that quarter but nearly all forms of media being pushed in the US these days repeats and reinforces these false narratives, confusion, and even outright lies. This manipulation of our minds leads to degeneracy (as noted above), then death.

What I took from this article is that rejecting the Jew tube and the rest of their reinforcements is good sense for Whites, but more is needed as too many of our people are still tuned in to these wreckers. Only so many come here and read this, and if we’re to save the healthiest Whites in any significant numbers, outreach and media efforts must increase.

My wife and I started watching AHS when the first season came out… and immediately stopped. Aside from the obvious (((agendas))) pushed in the shows, the series is sickening beyond words. That’s about the time I cancelled my Netflix account. I had already “cut the cable” about a year prior. Television is Talmudvision, the Electric Jew, the synagogue in the living room — has been since the 60s at least — and has steadily gotten worse and worse. Same with all the popular streaming “entertainment” services. My living room TV has a Roku, I’m very selective about what I watch on the apps, and I use the giant 4k display on my computer for other Internet stuff. I stream ADV through my AIMP player, too. Haven’t been to a movie… Read more »

I haven’t had broadcast television in my home since 1991. Every time I get a whiff of it, the wisdom of that decision is confirmed.

If my sweetheart and I ever want to watch a carefully-selected film, or if I need to study something, just about everything is available for free download.

Good for you, Kevin!

I myself haven’t watched television for many years. Love radio AM and of course 3995 KHZ Liberty Net with Kevin Strom and Marty who mentioned he gets his news from here. Don’t miss television nor even Hollywood Movies as they are all pushing an agenda on us which I do not accept.

The new season is just as bad. It’s all about making woman and gay black men strong while portraying the white man as crazy.