What They’re Working On: Telepathic Communication With Drone Swarms

A MAN OR WOMAN with a brain chip can now pilot a swarm of drones — or even advanced fighter jets, thanks to research funded by the U.S. military’s Defense Advanced Research Projects Agency, or DARPA.

The work builds on research from 2015, which allowed a paralyzed woman to steer a virtual F-35 Joint Strike Fighter with only a small, surgically-implantable microchip. On Thursday, agency officials announced that they had scaled up the technology to allow a user to steer multiple jets at once.

“As of today, signals from the brain can be used to command and control … not just one aircraft but three simultaneous types of aircraft,” said Justin Sanchez, who directs DARPA’s biological technology office, at the Agency’s 60th-anniversary event in Maryland.

More importantly, DARPA was able to improve the interaction between pilot and the simulated jet to allow the operator, a paralyzed man named Nathan, to not just send but receive signals from the craft. “The signals from those aircraft can be delivered directly back to the brain so that the brain of that user [or pilot] can also perceive the environment,” said Sanchez. “It’s taken a number of years to try and figure this out.”

In essence, it’s the difference between having a brain joystick and having a real telepathic conversation with multiple jets or drones about what’s going on, what threats might be flying over the horizon, and what to do about them. “We’ve scaled it to three [aircraft], and have full sensory [signals] coming back. So you can have those other planes out in the environment and then be detecting something and send that signal back into the brain,” said Sanchez.

The experiment occured a “handful of months ago,” he said.

It’s another breakthrough in the rapidly advancing field of brain-computer interfaces, or BCIs, for a variety of purposes. The military has been leading interesting research in the field since at least 2007. And in 2012, DARPA issued a $4 million grant to build a non-invasive “synthetic telepathy” interface by placing sensors close to the brain’s motor centers to pick up electrical signals — non-invasively, over the skin.

[It would be such a terrible shame if this technology ever got into the hands of racially conscious White people, like another DARPA project, which we now call the Internet, did. — Ed.]

Source: Plausible Futures and Defense One

Hawking: Computers Will Overtake Us -- But When They Do, Will They Have "Goals Aligned With Ours"?
New AI Fake Text Generator may be too Dangerous to Release, Say Creators
Rise of the Trollbot
Drone Pilots Have Bank Accounts and Credit Cards Frozen by Feds for Exposing US Murder
Racist Computer Algorithms Predict Negroes are More Likely to Commit Crime
Fake-News-Enabling Technology is Here Now
Could This Be Humanity's Last Century?
Kentucky: Man Arrested Who Shot Down Drone
Tags:Artificial IntelligenceDrones

The Economist: Europe Must Merge With Africa 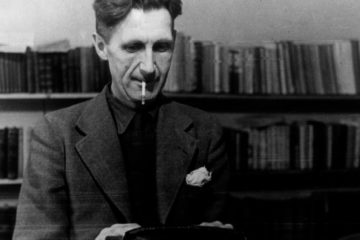 While reading this, I immediately was reminded of a 1982 (same year as Kavanaugh attempted rape allegations) movie starring Clint Eastwood, called “Firefox”. In it, Eastwood (as “Mitchell Gant”) learns that the Soviets have developed the ability to control a jet using only their minds – which was a far-out concept at that time.

Fast forward thirty-six years, and it seems that that (and more) is becoming a reality.

What They’re Working On: Telepathic Communication With Drone Swarms