Paganism of the Blood 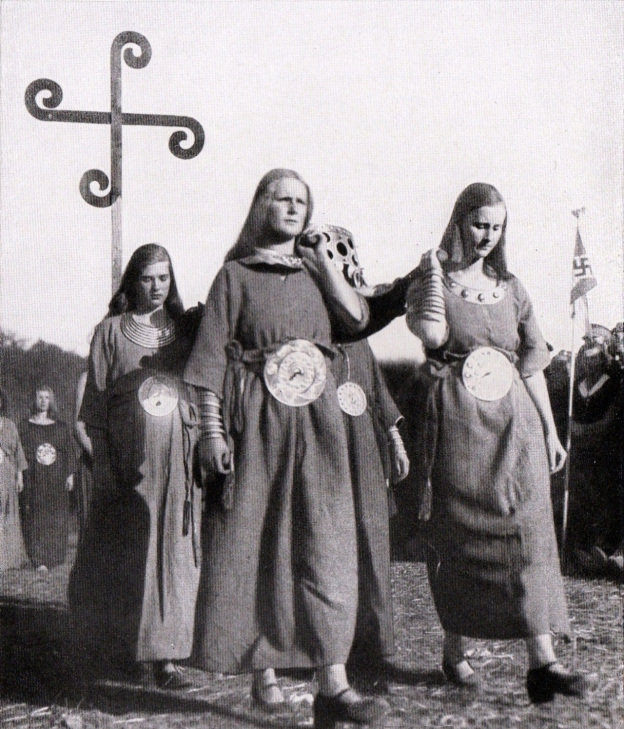 The past of human existence as a whole is not a nothing, but that to which we always return when we have put down deep roots. But this return is not a passive acceptance of what has been, but its transmutation. (Martin Heidegger)

The old Nordic Myth forms a powerful substructure on which to build a new Myth. It developed significant and proper supreme values. It laid emphasis on honor and freedom and the inner worth of man. . . . One cannot merely imitate the old, but he can use what is good and eternal. (Prof. James B. Whisker, The Life and Death of Alfred Rosenberg)

RACIALIST PAGANS rightly essentialize the racial being of their forebears in the context of the metaphysical/psycho-spiritual character of those forebears’ inner religious life – not them as having been dogmatic believers of a religion-in-time. Racialist self-styled Pagans justly have blood inheritance rights to claim Paganism as their racial heritage: no forebears = no Paganism. The spiritual existence of our European Pagan forebears was naturally and intrinsically tied to their racial being as biological organisms.

In the search for a new spiritual link with the past, there are those among the present day movement for renewal in Germany who wish to go back to the Edda and the cycle of Germanic ideas related to it. It is thanks to them that, alongside that which is purely fabulous, the inner richness of our sagas and folkish tales has again become visible from under the rubble and ashes left by the fires of the stake. But, in pursuing this longing to find inner substance with past generations and their religious allegories, the German faith overlooks that Wotan (Wodan, Odin) is dead as a religious form. He did not die at the hands of Bonifacius, but of himself. He completed the decline of the gods during a mythological epoch, a time of serene nature. His fall was already foreseen in the Nordic poems, although hopes were expressed for the coming of the strong one from above, in presentiment of the unavoidable twilight of the gods. In place of this, however, to the misfortune of Europe, the Syrian Jehovah appeared in the shape of his representative: the Etruscan Roman pope. Odin was and is dead; but the German mystic discovered the strong one from above in his own soul. The Valhalla of the gods descended from misty infinity into the breasts of men. The discovery and preaching of the indestructible freedom of soul was an act of salvation which has protected us up to the present against all attempts at strangulation. (Alfred Rosenberg, The Myth of the Twentieth Century)

Racialist Pagans don’t justify their spiritual aesthetics by claiming dogmatic knowledge of dead faiths, but by knowledge of race’s importance. The nature amd character of our pre-Christian beliefs and spiritual experiences were necessarily molded by our then-collective biological state of being; this is what makes them of value and significance – and worthy of study and admiration. We can seek to learn about aspects of our collective psyche.

[For an investigation of Wotan’s character] we must go back to the age of myths, which did not explain everything in terms of man and his limited capacities, but sought the deeper cause in the psyche and its autonomous powers. Man’s earliest intuitions personified these powers as gods and described them in the myths with great care and circumstantiality according to their various characters. This could be done the more readily on account of the firmly established primordial types or images which are innate in the unconscious of many races and exercise a direct influence upon them. Because the behavior of a race takes on its specific character from its underlying images, we can speak of an archetype “Wotan.” As an autonomous psychic factor, Wotan produces effects in the collective life of a people and thereby reveals his own nature. For Wotan has a peculiar biology of his own, quite apart from the nature of man. It is only from time to time that individuals fall under the irresistible influence of this unconscious factor. When it is quiescent, one is no more aware of the archetype Wotan than of a latent epilepsy. (Carl Jung, Wotan)

The mythology of a people is far more than a collection of pretty or terrifying fables to be retold in carefully bowdlerized form to our schoolchildren. It is the comment of the men of one particular age or civilization on the mysteries of human existence and the human mind, their model for social behaviour, and their attempt to define in stories of gods and demons their perception of inner qualities.

The study of mythology need no longer be looked on as an escape from reality into the fantasies of primitive peoples, but as a search for the deeper understanding of the human mind. In reaching out to explore the distant hills where the gods dwell and the deeps where the monsters are lurking, we are perhaps discovering the way home. (H.R. Ellis Davidson, Gods and Myths of Northern Europe)

I sometimes identify as Pagan not because I dogmatically subscribe to the worldview(s) of my forebears, but because spiritually I most identify with, and find inspiration in, the romanticized thought of folkish tribes of racially-White Europeans living in a semi-unbridled state of Nature — both internally (mentally) and externally (environmentally) — and creating their own values.

In place of the Old Testament pimps and cattle dealer stories, the Nordic sagas and legends will appear, at first simply told, and later represented through symbols. It is not the dream of hatred and murderous messiahism, but the dream of honor and freedom which must be kindled through Nordic, Germanic sagas . . . . The longing to give the Nordic race-soul its form as a German church under the sign of the folkish Myth — that is for me the greatest task of our century. . . .

The ancient Teutonic idea of god is . . . inconceivable without spiritual freedom. . . . The strength of spiritual search. . . shows itself in the world-wanderer, Odin.

Dissatisfied, eternally searching, the god wandered through the universe to try to fathom his destiny and the nature of his being. He sacrificed an eye so that he might participate in the deepest wisdom. As an eternal wanderer he is a symbol of the eternally searching and becoming Nordic soul which cannot withdraw self-confidently back to Jehovah and his representatives. The headstrong activity of the will, which, at first, drives so roughly through the Nordic lands in the battle songs about Thor, showed directly at their first appearance the innate, striving, wisdom-seeking, metaphysical side in Odin the Wanderer.

One form of Odin is dead, that is, the Odin who was the highest of the many gods who appeared as the embodiment of a generation still given up to natural symbolisms. But Odin as the eternal mirrored image of the primal spiritual powers of Nordic man lives today just as he did over 5,000 years ago. . . .

[A]s long as Nordic blood mixes with a Nordic soul and will, Nordic man will be active and work in mystic union. As long as a people lives, its gods are immortal.

(Alfred Rosenberg, The Myth of the Twentieth Century)

What Is Right and What Is Wrong
Power, Purpose, and Permanence
Marx, Darwin and the Scientific Ideology
The Essence
Out of the Darkness
The God Archetype: What Is Required
Homeless Jack: Take the Righteous Path
These Things I Believe
Tags:MysticismPaganismReligion

The Division of America

Race and the Murder of Mollie Tibbetts: Who Speaks for the Community? 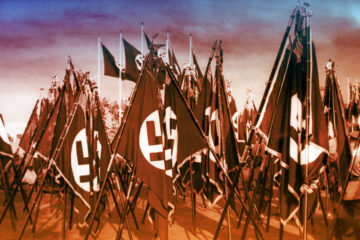 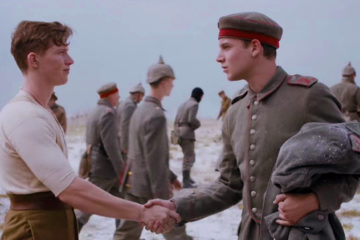 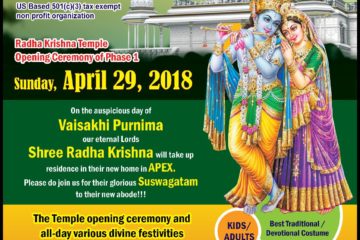 This is, to me, a rather sad surrender of an ancient god, rather on the order of, “Yes, Virginia, there is a Santa Claus—whenever someone does an act of charity, etc. that is the Spirit of Santa, and he lives because of it.”

No one is fooled by this foolish sentimentality and equivocation.

Color me an absolute hater of christinsanity and all the Abrahamic Semite psychopathies. Unfortunately, White Americans are so afraid to entertain doubts about the jewish myth and thus risk “hell” they will never break free. A coward religion for coward slaves…

Arvin N Prebost is a wonderful example of my point…

Pagan fire god renamed Santa Claus. “He is dressed in red, the color of fire, and comes down the chimney . . . marking him as a fire-god . . . . His figure derives partially from that of sparks of fire darting upwards, looking like bell-bottomed little men with a peaked red hood and smoky goatee.”

We all, more or less , agree that Judaism gave birth first to Christianity and then to Islam.
But few wish to no note that Judaism itself evolved out of the ancient African religions of ancient Egypt and Nubia!!
According to its own scriptures: Jews and Judaism enter history coming out of Africa.
Facts are stubborn things….!

Paganism of the Blood