All Horses Bleed Red Blood: A Lesson About Race

I RECEIVED A most interesting call on my phone the other day from none other than Joey Bigears.

Now, Mr. Bigears has been on my missing persons list for a couple of years and I suspect that he may have been on the lam, but I am not one to inquire of such things as I do not wish to intrude into the personal life of Mr. Bigears, he being a stout fellow and a stand up guy and one known to resort to fisticuffs or an ever-present shiv — several of which he usually has secreted on his person — when he gets agitated. But I do not wish to digress.

“Hey Boss,” says the unmistakable voice of Joey Bigears coming out of my phone. “Ya gotta see what I just bought. See, I figure, that youse being a guy what knows yer way around and how to negotiate stuff that I can cut youse in on a deal I got working.”

So, Joey Bigears tells me of his present location, which I will not repeat, lest my perception of him being on the lam is correct and lest this information fall into the wrong hands. However, I do proceed to the location of which I am apprised. And, what do I see upon my arrival at the aforesaid unspoken location, but Mr. Bigears standing next to an Equus ferus caballus.

This, of course, was no great surprise to me as I had already given such a likelihood a high probability in my mind based on the nature of the unspoken location relayed to me by Mr. Bigears.

“This is Greased Lightning, Boss,” says Joey Bigears with a broad smile on his face. “I just bought him from some guys who needed cash fast. They say he is a thoroughbred race horse. Now, for reasons I do not wish to divulge at present, I cannot be seen around no race tracks, and the other guys living here ain’t too sharp, so I naturally thought of youse and I figure you can be the front man and get Greased Lightning into some races so we can make some clams.”

“Hey Boss, all horses bleed red blood, ya know. All we gotta do is teach him to run real fast. You know, kinda like what humans do to help some kids learn as much as other kids with that — what’s it called? — Head Start stuff. Yeah, see, we will just do a Head Start racing program for Greased Lightning. We will teach him to run as fast as race horses.”

“Mr. Bigears,” I reply, “Head Start is a failure. It does not work and you can not teach a plow horse to be a race horse. Different breeds of horses have different natural abilities. It is in their genes. And, do not be dismayed, my dear Mr. Bigears, as I tell you that the same principle applies to humans.

“And, Mr. Bigears, I do not wish to be accusatory, but with my big brain and my advanced state of consciousness and intuition I have ascertained as a tentative theory based on your most recent palaver, of no more than a few seconds ago, that you may have been in the company of liberals who have told you nonsense and filled your brain with platitudes that are meaningless soporifics used to trick easily suggestible people clustered around the center of the Bell Curve on intelligence.

“Mr. Bigears, of course all horses bleed red blood. So do all mice and cats and dogs and other mammals. However, this means nothing in the present context in which you and I are conversing as two gentlemen of our esteemed stature are often want to do. Greased Lightning cannot compete in races against race horses any more than they can compete in pulling contests against him.

“My suggestion, Mr. Joey Bigears, is that you run real fast to get away from liberals as quickly as possible. And, my further suggestion is that you do this by way of shank’s mare, instead of riding on Greased Lightning, because you can probably run faster than your horse.

“Remember, Mr. Bigears, stay away from liberals. They have twisted and deformed tiny brains, and have no understanding of Nature and Nature’s ways for living organisms. If you wish, you may sell Greased Lightning to liberals. If they tell you he is not a race horse, just tell them that all horses bleed red blood and that it is racist to think that different breeds of horses are different from each other. In their fear of being called ‘racists’ they may quickly buy Greased Lightning.”

The New Order Changeth, Too
Darwin in America
UK: Fighting White Genocide Through Awareness
The Jewish Problem
Internet Bloodsports: Greg Johnson of Counter-Currents Destroys Multiculturalism, Explains Case for ...
The End of Commercial Man
The Revolution Was
Our Cause
Tags:CanardsDamon RunyonDebateLiberalism 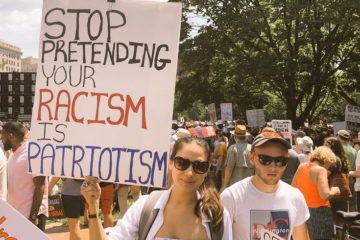 All Horses Bleed Red Blood: A Lesson About Race