C’MON. ADMIT IT. You knew Whites didn’t have the imagination — or the gumption — for this kind of thing.

But in The Grandees: America’s Sephardic Elite (1971), Stephen Birmingham writes, “In America, many of the new [German Jewish] arrivals [in the early 1800s] had names containing combinations of the word ‘schine’ or ‘schien,’ and so the label ‘sheeny’ was attached to them — an epithet of Sephardic origin. The word was picked up and used generally in the press, and when a fight broke out right in the synagogue in Montreal — with top-hatted gentlemen having at each other with walking sticks and furniture — between old [Sephardi] and new [Ashkenazi] Jews, a Montreal newspaper headlined an account of the battle with the words ‘Bad Sheenies!’”

Webster’s: “probably alter. of kiki, redupl. of –ki, common ending of names of Jews who lived in Slavic countries.”

M. Hirsh Goldberg, The Jewish Connection (1976): “‘Kike,’ the derogatory word applied to Jews in the nineteenth and twentieth centuries, was quite possibly the creation of Jews. Although the word had vague origins, many authorities believed it was first used by German Jews of New York, who looked down on the more religious, but less affluent, East European Jews flooding into America. Perhaps these newcomers were referred to as ‘kikes’ because so many of their last names ended in ‘ky’ or ‘ki.’ Leo Rosten in The Joys of Yiddish acknowledges such a possibility but feels that a stronger case is made for a non-Jewish origin for the term. Yet no less an authority than H.L. Mencken, in his comprehensive work The American Language, cites a source that offers a Jewish origin for it.”

Goldberg adds in a footnote: “That a Jew would employ the term ‘kike’ against another Jew can be seen in a passage in Here at the New Yorker. Brendan Gill [not a Jew], a writer for over forty years with the celebrated magazine, reveals that its publisher, Raoul Fleischmann, was a Jew ‘who would speak of Jews he disliked as “kikes.”’ Fleischmann’s father, by the way [Fleischmann’s yeast, Fleischmann’s margarine, etc. – J.I.J.] was from Vienna, which made him figuratively a borderline German Jew, one of those said to have originated the word.”

Jewish Researcher: Roots of Yiddish Found On Silk Road in NE Turkey
Deliberate Genocide: In Germany, One in Five Has a "Migrant Background"
Norwegian Government to Deport White Patriot While Nation is Swamped by Tens of Thousands of Non-Whi...
Tim Kaine and the "All-White" 2016 Presidential Tickets
"Hate Speech" Trial of Geert Wilders Can Proceed, Dutch Court Says
It Happens Every Time
Super Bowl 51 Competitors Both Owned by Billionaire Jews
Will Bitcoin Be Tamed, Made Less Private?
Tags:Jewish cultureJewish folkloreJohn I. JohnsonRacial slursYiddish 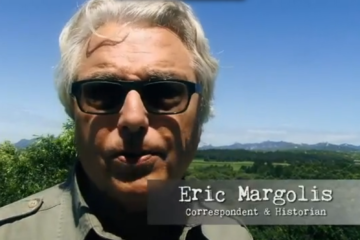 I’ve read from several sources that the term “kike” may also refer to the Jewish migrants who, between 1900 and 1904 were also illiterate (or could not use Latin alphabet letters). When asked to sign the entry-forms with the customary “X”, the Jewish immigrants would refuse, because they associated an X with the cross of Christianity. Instead, they drew a circle as the signature on the entry-forms. The Yiddish word for “circle” is kikel (/ˈkaɪkəl/ KY-kəl), and for “little circle”, kikeleh (/ˈkaɪkələ/ KY-kə-lə). Before long the immigration inspectors were calling anyone who signed with an “O” in place of an “X” a kikel or kikeleh or kikee or, finally and succinctly, kike.