ISRAEL RUNS ONE of the world’s most aggressive and damaging espionage networks against the U.S.

One senior American diplomat explains that inside the State Department “everybody knows that Israel spies on us. When someone is caught, they’re ‘punished’ by being promoted.”

In 2006 a Pentagon judge stated categorically: “The Israeli government is actively engaged in military and industrial espionage in the United States.”

US-developed technology is then reverse engineered and re-exported minus research and development costs, providing a huge advantage against foreign competitors. Sometimes, the military technology winds up in the hands of a US adversary.

Israel has sold advanced weapons systems to China that incorporated technology developed by American companies — including the Python-3 air-to-air missile and the Delilah cruise missile.

Tel Aviv has also stolen Patriot missile avionics to incorporate into its own Arrow system and that it used US technology obtained in its Lavi fighter development program — which was funded by US taxpayer provided $1.5 billion — to help the Bejing government develop its own J-10 fighter.

Israel has an active program to gather proprietary information within the United States. These collection activities are primarily directed at obtaining information on military systems and advanced computing applications that can be used in Israel’s sizable armaments industry.

It adds that Israel recruits spies, uses electronic methods, and carries out computer intrusion to gain the information. The 2005 report concluded that the thefts eroded US military advantage, enabling foreign powers to obtain sophisticated defense technologies.

A 1996 Defense Investigative Service report noted that Israel has great success stealing technology by exploiting the numerous co-production projects that it has with the Pentagon:

Placing Israeli nationals in key industries … is a technique utilized with great success.

A General Accounting Office (GAO) examination of espionage directed against American defense and security industries, also undertaken in 1996, described how Israeli citizens residing in the US had stolen sensitive technology to manufacture artillery gun tubes, obtained classified plans for a reconnaissance system, and passed sensitive aerospace designs to unauthorized users.

In its report the GAO stated that an Israeli company monitored a Department of Defense telecommunications system to obtain classified information, while other Israeli entities targeted avionics, missile telemetry, aircraft communications, software systems, and advanced materials and coatings used in missile re-entry.

The GAO concluded that Israel “conducts the most aggressive espionage operation against the United States of any US ally.”

In June 2006, a Pentagon administrative judge overruled an appeal by an Israeli who had been denied a security clearance, stating:

The Israeli government is actively engaged in military and industrial espionage in the United States. An Israeli citizen working in the US who has access to proprietary information is likely to be a target of such espionage.

125 Investigations into Israeli Espionage Stopped Due to Political Pressure

More recently, FBI counter intelligence officer John Cole has reported how cases of Israeli espionage are dropped under orders from the Justice Department. He provides a “conservative estimate” of 125 worthwhile investigations into Israeli espionage involving both American citizens and Israelis that were stopped due to political pressure from above.

A number of individuals — many of whom have been senior officials in the Defense Department, National Security Council and Office of the Vice President — have been investigated as security risks due to their actions in regard to Israel.

In April of 1979, the US Deputy Assistant Attorney General recommended in writing that Stephen Bryen, then a staff member of the Senate Foreign Relations Committee, undergo a grand jury hearing to establish the basis for a prosecution for espionage. There was considerable evidence to justify this prosecution.

Yet, the case was shut down by Philip Heymann, Chief of Justice’s Criminal Division. Heymann was a former schoolmate of Bryen’s attorney, Nathan Lewin.

In 1981 the FBI received an application by the Defense Department for a Top Secretsecurity clearance for Bryen. Richard Perle, who had just been nominated as Assistant Secretary of Defense for International Security Policy, was proposing Bryen as his Deputy Assistant Secretary. Within six months, with Perle pushing hard, Bryen received both Top Secret-SCI (sensitive compartmented information) and Top Secret-“NATO/COSMIC” clearances.

Bryen then attempted to provide top secret technology to Israel.

Similarly, In 1983 Richard Perle recommended that a man named Michael Ledeen be hired at the Department of Defense as a consultant on terrorism — despite the fact that the CIA had him in their files as an agent of influence of a foreign government: Israel. Once in place Ledeen continued to take actions to assist Israel.

One might wonder how, with security histories like these, Messrs. Bryen and Ledeen have managed to get second and third chances to return to government in highly classified positions. And the explanation is that they, along with other like-minded neo-conservatives, have… friends in very high places. In particular, Bryen and Ledeen have been repeatedly boosted into defense/security posts by former Defense Policy Council member and chairman Richard Perle, Deputy Defense Secretary Paul Wolfowitz, and Under Secretary of Defense for Policy Douglas Feith.

An interesting story relating to the pending sale of twenty F-35 fighter planes to Israel illustrates the problem:

The $130 million F-35, one of the most advanced fighter planes in the world, will be a gift to Israel from the US taxpayer, but Israel is balking at the sale and is demanding full access to the plane’s advanced avionics and computer systems.

But Lockheed-Martin and the Pentagon both know that Israel will steal whatever it can if it gains access and would then market its own products at a price below that of US defense contractors. The result is a triple whammy for Uncle Sam: the expensive planes are given to Israel free, the technology is then stolen, and future sales vanish.

Many analysts feel that the United States-Israel military assistance entanglement — what we give, sell, and especially what is stolen — is an unaffordable and unjustifiable burden on every American citizen.

Source: The Council for the National Interest

– You steal, steal, lie, plunder. But what do you call it? colonize, civilize, spread the culture. You kill, murder, slaughter. The “posthumous party of the victim” calls it: pastoral care, Christianity, service to the ideal. Therefore, ideals are only masks of the beast-man. Woe to everyone who takes this game seriously. Woe to everyone who believes in it. ”

The world is mentally, morally, economically, socially and ecologically degenerate because it was persuaded by the communist media, https://www.brighteon.com/channels/punxsutawney that the land of poets and thinkers had magically become the nation of the hangmen. https://nationalvanguard.org/2020/05/unprecedented-decline/#comment-33752 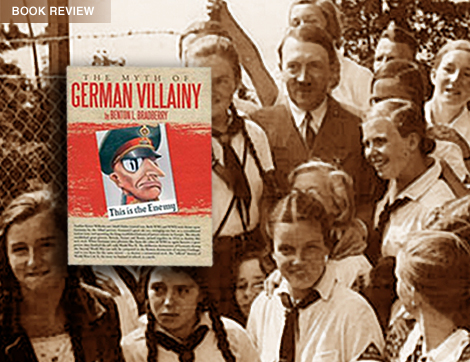 When consciousness awakens, the proportions change, the vice of thinking prevents a lot
https://nationalvanguard.org/2020/05/unprecedented-decline/#comment-33773 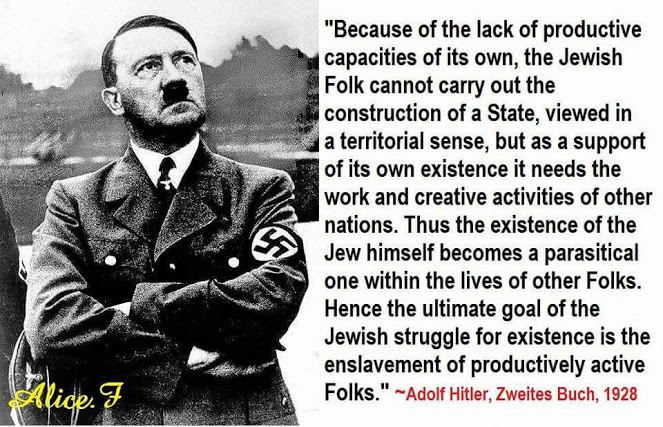 The enemy is within.