THE RESOLUTION would have had the state legislature “strongly denounce and oppose the totalitarian impulses, violent terrorism, xenophobic biases, and bigoted ideologies that are promoted by white nationalists and neo-Nazis,” according to the bill’s text.

But its author, House Republican Caucus chair Ryan Williams, withdrew it from consideration after receiving feedback from Republican lawmakers.

The first version of the bill was filed by a Democratic state representative for Nashville just five days after the White nationalist rally on August 12 in Charlottesville, Virginia.

It died on March 14 in a subcommittee in 36 seconds, after failing to receive a second motion for discussion.

The second version was nearly identical to the first and was sponsored by Williams. The updated bill deleted a reference that urged law enforcement to recognize and pursue such groups as terrorist organizations.

Williams filed his bill on March 28 and withdrew it from consideration this Tuesday, April 3.

In a statement to The Tennessean, Williams said the “bill’s caption was too narrow and couldn’t be amended to incorporate additional feedback gathered from our members over the past couple of days.” Williams did not elaborate on the concerns his fellow Republicans raised to him about the proposal, according to the newspaper.

“I still believe it is important for our General Assembly to condemn groups that support racism and hatred,” Williams said, according to The Tennessean. “I look forward to working with members on both sides of the aisle on a future resolution which can meet the expectations of all of our House members, as well as the citizens of Tennessee.”

Now Enough White Nationalists in America to Fill Australia
Florida: Now It's Illegal to Share Your Own Home
UK: Government Bans Localities and All Public Bodies from Boycotting Israel
The Making of a White Liberal
Dallas Police Officer Killed by Sniper was a White Nationalist
You Are Stronger Than You Think
A Thousand Points of White: One Strategy for Achieving White Nationalism
Court of Appeals Reserves in Crucial McCorkill Appeal: Key Free Speech and Property Rights on the Li...
Tags:hate crime legislationLawNeo-NazisTennesseeWhite Nationalism 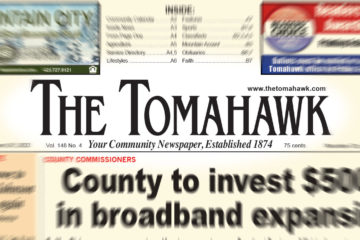 The Letter from the National Alliance Chairman They Wouldn’t Publish

For a Better Tomorrow, part 2

It is significant that sponsor Ryan Williams, who is White, is the chair of the Republican Party Caucus–i.e., not colored, not Jewish, not Democrat, and high in the Tennessee Republican Party hierarchy (chair of its House caucus). He plans to introduce the same anti-White legislation again. His state harbors the racist domestic terrorist group Antifa. At least five identified Antifa members who instigated criminal violence against Whites in Charlottesville were from Chattanooga. Two of the five are Antifa “leaders.” More racists than that doubtless came from his state, because the home base for most of the rioters has not been ascertained. Whatever Williams’ and other anti-White legislators’ motives might be—anti-White prejudice, a strong Left-totalitarian streak, personal ambition, or a combination of all three—such politicians will suffer no consequences, social, political,… Read more »

I knew I loved Tennessee for something other than country music.

Why don’t those Tennessee legislators who oppose Whites who organize themselves and communicate their messages also outlaw freedom of association and of speech while they’re at it? Oh wait, they’re only announcing their intentions to make it illegal for Whites to do so…isn’t that “racist” for selecting one particular group?

Sometimes I wonder if hypocrites can smell their own stink.

This Williams twit — no relation — is what we normal White, East Tennesseans call a scalawag. There could well be a lamppost in this politician’s future.

This is what happens when you mess with Bedford Forrest. A periodical military magazine wrote in hardcopy that he is the staple for modern military science today.

Edward Pollard’s LOST CAUSE described Forrest as a hard fighter spreading terror. He had an immense brain, placing him along side Stonewall as the most remarkable man of the war.