Most Non-Whites Don’t Hate White Identity; Just One Group Does 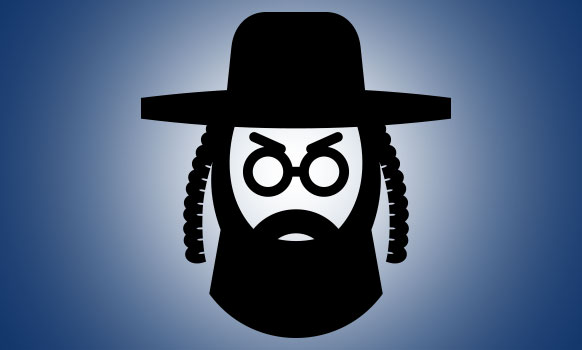 NAMs (non-Asian minorities) in Trump’s America are afraid of a racially frustrated White person who is not allowed to have White identity. Dylann Roof is exhibit A, naturally. But had Roof been part of a White identity community, it would have been much less likely that he would have shot the Black people in the church — and NAMs know that. [NAMs are part of racial communities themselves, and they get it.]

Being opposed to interracial marriage is not offensive to NAMs who aren’t being paid to be “anti-racists,” which is the vast majority of them.

When I explain eugenics to non-Asian minorities, they are in favor of it. They don’t want genetic diseases either, and understand that there should be fit parents — and that people who would be unfit parents should be snipped. They aren’t as worried about being regarded as unfit parents as they are sick of living in a chaotic society. They are confident that White people will be fair to them in a eugenics-based regime.

Middle America is poor, and struggling, and taking the Red Pill in a big way. Nobody out here believes in “liberal” BS anymore; nobody believes that the Disney Channel teaching kids to be disrespectful to their parents is “cool” or funny or cute — they hate that garbage, actually.

We are in a very different political and social climate now, one in which it is no longer possible to suppress White identity, White race-consciousness, and the desirability of a society based on scientific eugenics (and an energy efficient and renewable resource-using civil infrastructure).

So if actual Black and Brown people don’t give a damn about White identity, who does? The anathema on White identity is a Jewish thing. Jews are tribalists, but don’t want Whites to be tribalists because being a tribalist makes you more powerful.

The hate for White identity is purely a Jewish thing, because they don’t want us competing with them. Simple as that. Non-Whites were recruited by Jews as foot soldiers to suppress White identity, but the colored army largely deserted at least a decade ago.

But liberalism is a crusty old religion that we are all sick of. We’re sick of going backwards; everyone is. We know that a better-functioning civilization is possible, and we will settle for nothing less than total independence, separation, and sovereignty for White people. Only then can we carry on our important work — including removing the plastics from the ocean and making life on Earth sustainable at all.

Dylan Roof was hunting Christians. He could have killed Blacks any place.

You have a valid point there, Rick, Dylan Roof was, indeed, hunting Christians; he could’ve killed Blacks anywhere, but the Christian Church he entered was an all-Black Church. If the Church he approached were a Greek, Ukrainian, or Russian Orthodox Church, he would’ve opened fire on those people, too, and they’re White.
Therefore, race wasn’t Dylan Roof’s motive for the massacre; it was religion. He was an atheist who hated all Christians, no matter their race or their denomination. His victims could’ve been Roman and/or Byzantine Catholics, Lutherans, Methodists, etc. The matter is, he hated them all.

The Jews are just another ethnic group (not a distinct race of course), as simple as that, but in their Jewish delusional fantasy minds, they are “genetically” seperate from anyone else, G-Ds “chosen” people, so to speak (G-D=L-cifer considering Jewish history). This Jewish fantasia world is nothing but extreme fascism and racism. Fascism as an ideology that is always based on an imagined identity that is supposed to be “superior” to all others identities. So Judaism qualifies as one of the oldest forms of fascism and racism. The zio Jewish agenda is this: destroy all white goys, in order to become the ONLY white people, to rule over all non-whites as a superior race. The mere fact that Jews are only an ‘ethnic group’ does not match with their delusional… Read more »

The Jews are just another ethnic group (not a distinct race of course).this is not true.jews themselves consider themselves and are a distinct race.they brag about it.jews have several diseases that only they can get and have.in nature and in every race and animal there is only 1 fact”The Blood Runs The Mind”

Mass Mind Control of “Non-Jews” by Talmud Vision
and constant “JEW” worshipping by the paid whores
in the Faux-government….leads to “JEWTOPIA”

Dylan Roof didn’t shoot anyone and I doubt that anyone died.

If the jewish media is as encompassing and powerful as NV says, that is a distinct possibility. This situation was certainly brought up with the Newton, CT school shooting.

In order to cut through all the confusion and multi layered fakeries of the media and the social engineers of TelAviv, one MUST obtain a pre 1950’s copy of the Talmud (or better yet, just Google “Satanic Talmud”) to fully understand why the Jews were always given refuge for centuries and were eventually kicked out the same countries. Once you read the Talmud it will all come clear why. If you still like to continue reading more about the Jews, find a copy of the “Protocol of the Learned Elders of Zion” (original one, not the politically corrected one). Then Google the “Chronology of Jewish taking over of America”. The above would give a concise and irrefutable evidence of how, when, and with whose help, Jews took over America and… Read more »

Whites will dominate in the removal of the plastic plague in our oceans (asians are 90+% responsible for creating it), starting with trawling the Pacific gyre and heat-compressing the filth into inert blocks. In the media, the jews won’t give whites any due credit for the success, referring to it as a “multi-national effort” with obligatory interviews of Indonesian military dictators posing as concerned coast guardsmen. Yes, they certainly controlled their nation’s ocean pollution between beating student activists to death.

Most Non-Whites Don’t Hate White Identity; Just One Group Does