RUSSIAN ARMED FORCES Chief of General Staff Valery Gerasimov has warned that Russia would respond to any US military strike flowing from a false flag chemical weapons attack blamed on the Syrian government and Russia. So what’s the big deal? The general made the warning nearly a month ago…

Speaking at a press briefing on March 13, Gerasimov warned that the Russian defense ministry had obtained “reliable information” about plans by terrorists in Eastern Ghouta to launch a false chemical attack on civilians in the region and blame it on the Syrian government. According to the officer, ‘White Helmets’ activists and the accompanying film crews had already arrived at the scene with the necessary satellite equipment to spread the news of this ‘attack’ to the world media.

Here is a news report about from the main Russian evening news, one month ago:

Here’s the part where he specifically predicts what will happen, based on military intel he received:

Less than a month later, on April 7, General Gerasimov’s prediction came true in Douma, Eastern Ghouta. Opposition reports fed by the White Helmets of an alleged chemical attack by government forces were almost immediately picked up by Western media, prompting the US and its allies to begin preparations for a possible military response.

Damascus’s insistence that it had nothing to do with the attack has fallen on deaf ears. Meanwhile, the Russian Center for Reconciliation has sent inspectors to Douma, failing to turn up any evidence of chemical weapons use. Rejecting Moscow’s proposal of an independent international inquiry, the US, the UK and France have threatened to launch strikes against the Middle Eastern country. President Trump seems to have preserved at least some measure of doubt, however, vaccilating between threatening Syria and Russia with “nice and new and smart” missiles and walking back his rhetoric. Defense Secretary Jim Mattis confirmed Thursday that the US president has yet to make a decision on whether to attack Syria.

Never said when an attack on Syria would take place. Could be very soon or not so soon at all! In any event, the United States, under my Administration, has done a great job of ridding the region of ISIS. Where is our “Thank you America?”

Speaking with Iranian officials on Thursday, Syrian President Bashar Assad warned that any military action by the US or its allies against Syria would “contribute nothing but an increase in instability in the region, threatening international peace and security.” 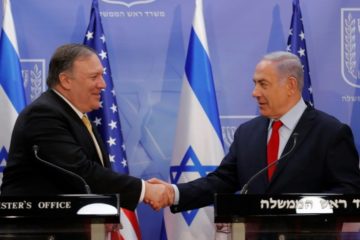 Whether or not Trump was right, we shouldn’t be in Syria, which accomplished nothing but the refugee crisis in Europe. If the West had proper immigration policy, surveillance standards that didn’t bow to PC, and vetting of visitors, ISIS wouldn’t even be a concern.

Is this type of insecticide banned in Syria?

If people were looking for ammonium nitrate to make explosives and a missile hit the site and sprayed nearby organophosphate insecticide everywhere, would this event be described as a Sarin gas attack?