The Diversity Toll Rises: On the Florida Bridge Collapse

JUST DAYS after receiving the news of a British mother losing multiple limbs on account of an incompetent, multicultural U.K. hospital staff dedicated to “diversity,” today we find out that the company responsible for yesterday’s notorious Miami-area bridge collapse had billed itself as a “Certified Minority Owned Firm” in order to receive major U.S. government contracts. In other words, this incredible, epic, fatal disaster was just yet another easily preventable, affirmative-action catastrophe. The question then remains, which is more important in terms of what we should prioritize: human lives or diversity?

How could this have happened? Well, the firm which built the bridge is a construction company owned by a “prominent Cuban-American family” which has won a number of government contracts, despite being cited for shoddy workmanship in the past. . .

How does such a company repeatedly obtain such great government contracts? Simple. As a press release boasting about doing construction work at Guantanamo Bay Naval Base makes clear, MCM is “certified as a minority-owned firm with the Southern Florida Minority Supplier Development Council.” [Munilla Construction Management (MCM) wins $66M Contract to Build School at Guantanamo Bay Naval Base, Construction Dive, July 27, 2016] Interestingly, when MCM landed this contract, board member Pedro Munilla rhapsodized about getting to work in “our homeland,” by which he meant Cuba, not the United States. . .

Here’s CCTV footage of the moment the bridge collapses.

A YouTube commenter left the following remarks under the video which I find amusing; I’ll correct a few errors:

Was the bridge ever stress-tested to see if it could take the weight? Did it go through health and safety checks? This happened in the United States, not some poor Third World country. You would think this bridge would have been tested — strict testing. . . .

We have bridges which are hundreds of years old which can take the weight of lorries trains and buses. We’ve got this bridge which lasted one week — which only holds the weight of pedestrians. What a joke of construction — are we going backwards, not forwards? We need to take a leaf from our ancestors; we are losing our skills.​ . . .

That about says it all, doesn’t it?

“School Protests”: A Peek Behind the Curtain

A New Religion for Us, part 9 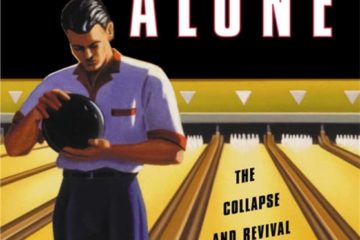 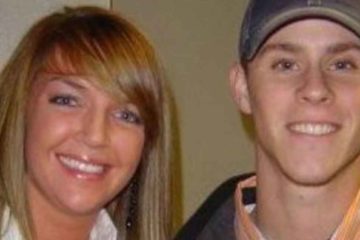 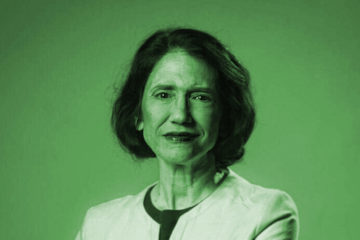 It would be interesting to know what the racial background is of those who designed the bridge. If the construction company that built it is owned by a “prominent Cuban-American family” then that would probably mean white Hispanics, because the upper class Cubans were white and those fled mostly to Florida. But that doesn’t necessarily mean that their engineers are also white Hispanics. They could very well be Mulattoes or even Blacks, as so many lower class Cubans are.
Anyway, the construction of the bridge looks weak. The bridge had too few supporting pillars for its length. But “diversity is our strength”…

The engineer is Figg Co. , which issued this release: http://www.figgbridge.com/FIU_Statement.html , which includes ” FIGG Bridge Engineers, Inc. is the designer of the bridge, working for MCM”. MCM’s latino ownership: http://www.mcm-us.com/about-us/executive-board . Both companies have had questionable dealings: http://www.miamiherald.com/news/local/community/miami-dade/article205425354.html. I’ve been on at least 3 of the Figg projects, some many times. One bothersome thing is that they don’t use a California construction design that protects the elevated roadway in earthquakes, such as having the support pillars straddle the sides of the roadway, for stability, instead of being directly underneath the roadway. And there is no need for a pedestrian walkway to weigh 950 tons. In Florida, with its sandy base, less so. A simple steel arch that white men have designed and built to bring civilization to remote… Read more »

Great writing!
When I heard of this, I immediately knew it was browns or blacks working that bridge.

It was an “hispanic” owned company with all women, “diverse,” engineers.

The bridge of diversity fell down.

Let’s build a bridge to white destiny instead.

No, we are just not allowed to use them. White men have been frozen out of the market . . . by our own government.

Me too.
When I heard the news, I suspected that this could have something to do with the ‘Diversity’. Yet again, it clearly showed that the reality is cruel.

In the (((made for TV))) movie the construction company will be recast as all arrogant white males with blue eyes while the heroes warning of the impending danger will be black and Latino with maybe 1-2 homosexuals.

I sure hope this bridge firm in Miami doesn’t get contracted to build the Southern border wall or it will fall over like a piece of cardboard or illegals will be able to run right through it like those paper signs that football players run through before high school games.

The upside to all this is that six “Dreamers” had the livin’ sh*t crushed out of them.

I’ll be willing to bet that the jews media will blame everyone but the woman negress designer and the minority set aside construction firm. Affirmative Action has probably caused millions of deaths, especially in the health (no)-care hospital and nurshing home business. You almost never see a white face in one of these krankenhaus death traps. THANKS JEWS.

Professor Simon Holland blames the bridge collapse on structural engineering problems when even a blind man could see the problem lay with the competency of those who built the bridge. You can see his crazy anti-racist excuses at: https://www.youtube.com/watch?v=JvmvFQKTrMY&t=353s However a perceptive person made a comment, so far the only comment of its type attached to the good Prof’s video, and I quote – THE 800lb GORILLA IN THE ROOM THAT NO ONE SEES!! The question is not one of mechanics or structural engineering. It is about the quality and competency of those building the bridge. That is why bridges built by the Romans still stand after two millennia – the Romans were an intelligent and competent people – people of good European stock. When you assign a critical engineering… Read more »

The Diversity Toll Rises: On the Florida Bridge Collapse