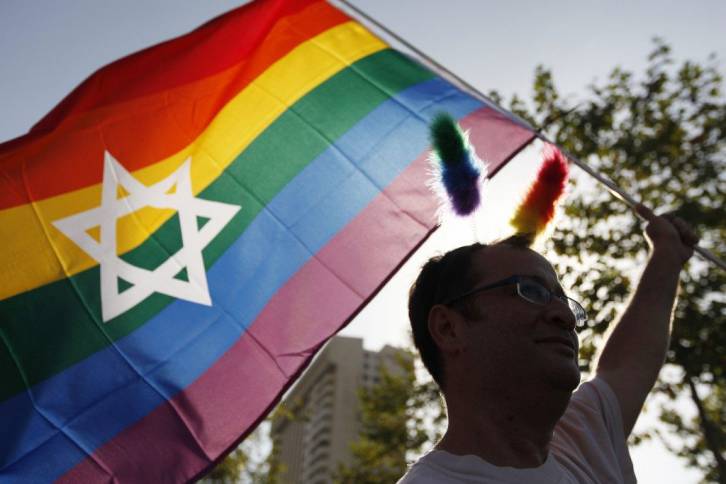 SINCE GAY MARRIAGE was legalized in 2015 the American public has seen that the slippery slope from legal gay marriage to trannies in girls’ locker rooms to troubled children given hormone blockers is real. And Americans aren’t too happy about it: as Alyssa Rosenberg lamented in the Washington Post, the number of Americans who express discomfort around LGBT people has risen for the first time since 2014.

In light of this, it’s worth looking back at how this slippery slope began and how gay marriage was legalized in the first place.

An interesting perspective on this subject can be found in an article published in 2014 by Tikkun Magazine titled “How Jews Brought America to the Tipping Point on Marriage Equality” which details how “Jewish activists gathered enough force to help push the state-by-state dominoes over to legalizing same-sex marriage” and how “Jews can claim a fair share of the credit for bringing Americans to a tipping point of accepting marriage equality.”

This may sound like a shocking anti-Semitic accusation to some, especially to those Evangelical Christians who seem to think Jews are God’s Chosen People™ who can do no wrong, but this article was written by a Jewish activist in a Jewish magazine. Tikkun Magazine is named after the Jewish concept of “tikkun olam,” which means “repair the world” in Hebrew.

In the article, Amy Beam explains not only how Jewish activists and social organizations pushed the gay marriage issue, but also how their victories can serve as a blueprint for other “social justice” issues — which in the near future will probably include such things as taking “trans” children away from parents who refuse to allow them to transition genders and labeling anyone with a conservative view of sexual morality a mentally ill sexist, homophobe or bigot.

The first lesson from the Jewish fight for gay marriage, Amy Beam explains, is taking a clear moral stance:

“By coming out early with a clear moral position rooted in religious values and coordinating their message at the national and state levels, Jewish leaders helped reassure voters who may have been unsure about the religious implications of voting for marriage equality.

As early as 2007, Rabbi David Saperstein, director of the Religious Action Center of Reform Judaism, wrote in an op-ed in the Washington Post: “We have reached a point in American society where the obvious is clear: neither my marriage nor anyone else’s is threatened by two loving individuals of the same sex. And it is increasingly difficult for religious leaders to envision that the loving God of the Universe does not welcome such faithful relationships.”

The shift in attitudes is a deep one, according to a recent poll cited in a report in The Atlantic this past summer: “Even among the most conservative Christian group in America, 51 percent of white evangelicals aged 18 to 34 now support gay marriage.” And polls say Jews themselves now support marriage equality to the tune of over 80 percent. Susskind suggests it is no accident that Jews embraced same-sex marriage. “As the narrative on marriage equality in the country has moved,” he says, “Jews — as people who value equality, value civil rights, and have a long historical understanding of what it means to be discriminated against — are consistently at the front of that.”

First, note how Jews here utilize religion to their own political ends. They realize that many Christians in America, who erroneously and often unknowingly follow a dispensationalist theology, view Jews as a uniquely holy people, as a people who have their own covenant with God. So Jews use their own status to couch their left-wing political opinions in religious terminology, and then they sell those opinions as uniquely moral to American Christians. Most American Christians, unfortunately, are more than willing to gobble it up. After all, God’s Chosen People™ couldn’t be wrong, could they?

Second, note how Jews view their own influence in society and how they explain why they champion left-wing causes: “Jews — as people who value equality, value civil rights, and have a long historical understanding of what it means to be discriminated against.” In other words, their support for left-wing “social justice” issues like gay marriage, Black Lives Matter, open borders, and so on isn’t a mere political opinion — it is inherent to their ethnic and religious identity, an identity shaped by being a minority in every country that they lived in for well over 1,000 years.

In their own eyes, the Jews are on a crusade against all forms of discrimination, real or perceived. And it doesn’t matter how reasonable the discrimination they’re fighting is, e.g. discrimination against trannies in girls’ locker rooms or unvetted migrants from radical Muslim countries flooding into the West.

This mentality isn’t held by a small Jewish elite but by a majority of rank-and-file Jews, as the article mentions later:

“Noting the recent Pew poll that showed that 70 percent of Jews vote and 56 percent say that being Jewish means working for justice, Abby Levine, director of the Jewish Social Justice Roundtable wrote in a November 22 op-ed in Zeek magazine that she sees a rise in Jewish involvement in “projects dealing with economic justice, women’s rights and community organizing.” Jewish social justice organizations are primed to train and mobilize even more faith-based activists to take on this next wave of struggles.

“We [Jews] bring a different paradigm than the typical paradigm of the policy marketplace, which is a paradigm of morals,” says Susan Lubeck of Bend the Arc’s Bay Area office in California. “Of what’s fair and right and good, and not just what is politically appetizing.”

Unmentioned here is that the vast majority of Jews vote for liberal Democrats, regardless of whether or not they think that “being Jewish means working for justice.” Their support for left-wing “social justice” politics is rooted in their understanding of their own identity, which is why any attempt to win over Jews to the right will be doomed to fail.

But to get back to the meat of the article, Amy Beam explains the other “lesson” from the Jewish fight for gay marriage and other social justice issues in America, the necessity of a solid ground game:

“Jewish activists and leaders at both the national and local/regional levels spearheaded the recent wave of victories for marriage equality (such as state-by-state legalizing of same-sex marriage and the defeat of the Defense of Marriage Act). “We did it in a variety of smaller ways,” says Susskind. “[We had to] get rabbis signed on, get other community leaders signed on, do calling drives, get people engaged with their state legislators.” Susskind cites the work of regional Jewish groups as key to winning in several states; these include Jewish Community Action (JCA) in Minnesota, Jews United for Justice in Maryland, and Bend the Arc’s regional offices in Los Angeles and the Bay Area in California.

State Senator Scott Dibble of Minnesota said the work of JCA was “very important” in two major recent fights there: defeating a 2012 amendment to the state’s constitution that would have banned same-sex marriage, and the subsequent passage of a state law that legalized it. “They provided lots of organizational support.” Dibble said. “The support came in many forms, a lot of it very practical and tangible. JCA arranged for meeting space in several different synagogues as we were getting underway.” Beyond providing such material assistance, Dibble said JCA was “also just a real key force and driver in the aspect of the campaign that relied on bringing the faith voice to the forefront.”

Again, Jewish organizations played a “very important” role in pushing for gay marriage. So no, it’s not an anti-Semitic conspiracy.

The article goes on to mention several other ways that Jewish organizations lobbied their local and state governments for gay marriage as well as “economic justice” issues like higher minimum wages:

“In the Washington, DC, region, JUFJ worked alongside workers’ rights groups to pressure the city council into scheduling the December 17 vote to pass an $11.50 an hour minimum wage. DC councilmember Tommy Wells, who is currently running for mayor on a progressive platform, said, “Right off the bat, I was impressed” by JUFJ’s organizing on paid sick days and the minimum wage. “They held some events that I went to. And they met with me. I appreciated how clear they were on exactly what they wanted to happen.”

What they wanted to happen was for the city council to bring DC’s minimum wage into alignment with the surrounding Maryland region of Prince George’s and Montgomery counties. There, the county councils in November passed the same increase — to $11.50 by 2017 — following intense organizing by JUFJ and other groups. “We organized a lot of ways for Jewish people to contact their representatives,” said Ennen. “Jews, like anybody else, don’t necessarily participate that much in local politics. Jews do tend to be pretty hooked into progressive politics nationally, or national issue campaigns, but lots of people who are involved in JUFJ had never called their actual county representative. It turns out,” she went on, “that county elected leaders aren’t used to the level of lobbying that Congress is. So it doesn’t take hundreds of phone calls and thousands of petition signatures. They’re receptive to hearing from their constituents. So we did a lot of work to mobilize people to have those meetings and make those calls. That was one of the ways that we were able to win in Montgomery County.”

This highlights an important lesson that the right-end of the political spectrum needs to learn from: politics doesn’t end at the ballot box.

Source: based on an article on Russia Insider via Fash the Nation 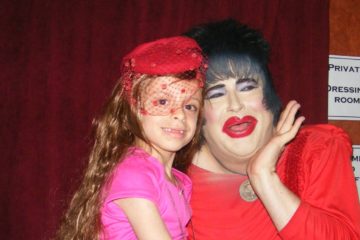 Very sad to see how we have succumbed to homosexuality… talking to young heterosexual women on this topic is particularly disheartening.

The window for marriage is 18 to 23. Young people erroneously believe they should postpone marriage for education. Due to our dismal, expensive public school system, young people are woefully unprepared to enter the labor market. “Playing the field,” until a late marriage with multiple partners hinders the ability to bond with one person in marriage, especially for women.

I’ve considered gay marriage to be another sign of the decline of the West at the hands of the jews’ left-wing social agenda. But is there a scientific benefit to gay marriage that may override the conservative morality objections? If gay marriage lessens predatory behavior among gays due to mutual surveillance of each partner’s activities by the other partner, perhaps the conversion of youth at critical developmental stages can be averted by one partner age-shaming the other who’s prowling for legal-age youngsters. It’s a disgusting topic but hoping for stopgaps is all that’s left for the right-beyond-Mitch-McConnell’s Weimarica.

It’s a jew agenda, not a “left wing” jew agenda but only for countries that the jews want to weaken and destroy especially the countries where jews are a minority. Thy barely tolerate queers in Israel probably because there’s so many jew perverts there and to avoid bad press about it. Gay marriage is illegal there: https://en.wikipedia.org/wiki/Recognition_of_same-sex_unions_in_Israel 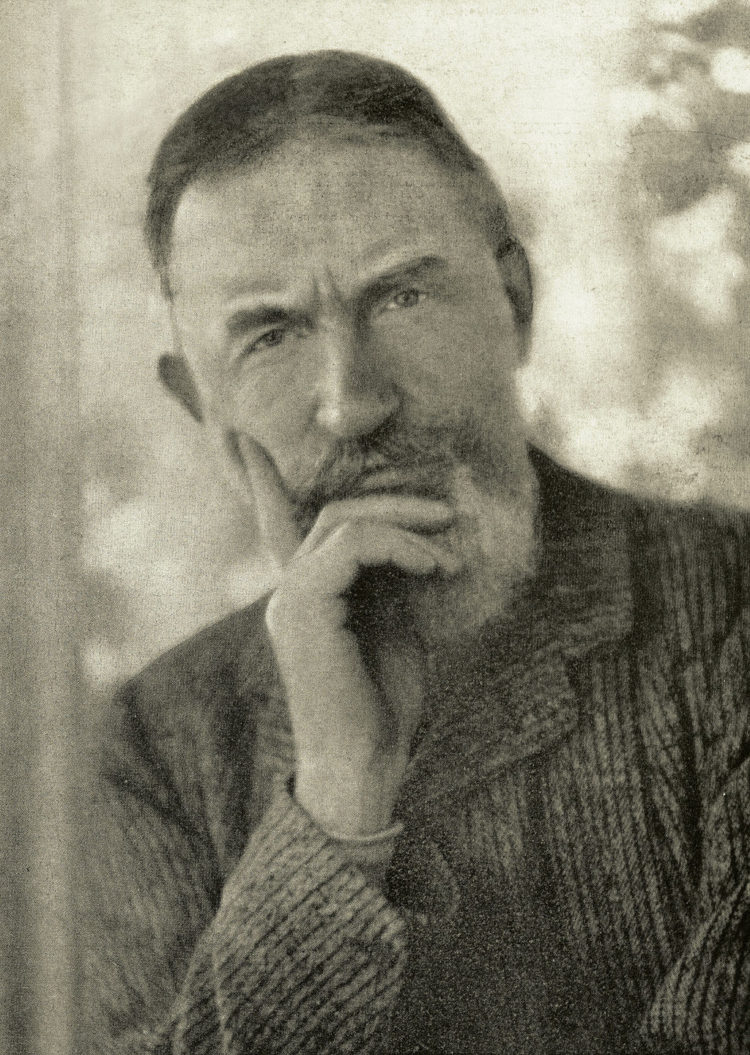