Below is an honest and much appreciated reflection by a Jew on the tribe’s uniquely dangerous mendacity. — Dissident Millennial 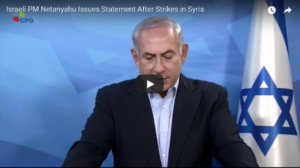 The Jewish Timeline — From Moses to Bibi

The Jewish timeline is a peculiar one-sided anti-historical narrative that inevitably begins at the point when Jewish suffering is detected and ignores the prior circumstances that may have led to that suffering. In Jewish history, the members of the chosen tribe are never the aggressors nor do they bear any responsibility for their own plight. Quite the opposite, they are always the victims of Goyim’s ‘irrational’ and ‘merciless hatred of Jews.’

In his address following the incident in which an Israeli F-16 was shot down over Syria, Netanyahu focused on Iranian aggression, alleging that Iran had flown a drone into Israeli territory. Naturally, yours truly is not convinced that such a drone really existed and if it did, that it was operated by Iranians. However, the Israeli PM clearly inveigled to omit from his narrative that it was he, his hawkish government, and their satellite Jewish lobbies around the world (AIPAC, CRIFF, CFI, LFI etc.) that have been crusading for military action and sanctions against the Islamic republic for at least a decade.

How many times have we heard Israeli politicians vowing to attack Iran? In 2012, The Times of Israel reported that “Prime Minister Benjamin Netanyahu and Defense Minister Ehud Barak ordered their security chiefs in 2010 to have the military ready to attack Iran’s nuclear facilities within hours if necessary, but were rebuffed by the security chiefs.” Nonetheless the timeline Bibi presented yesterday expunged the decade of Israeli belligerence toward Iran. Bibi’s timeline of the conflict with Iran began 48 hours before when, he claimed, an alleged Iranian drone allegedly crossed the Israeli border.

This unique form of delusional and/or duplicitous detachment from reality was not invented by Zionists or Israelis. It is deeply embedded in Jewish culture, Jewish ideology and even the Old Testament. The holocaust, for instance, is taught as “the systematic, bureaucratic, state-sponsored persecution and murder of six million Jews by the Nazi regime and its collaborators” (USA Holocaust Museum). This is a narrative drained of any historical context. The timeline of the holocaust is a Judeo-Centric construct that begins with the detection of Jewish suffering (1933). For the holocaust to become a proper historical chapter, it will be necessary to ask ‘what were the circumstances that led to the sharp rise in anti Jewish feelings in Europe and beyond?’ **

Again, if we examine Jewish history of the 19th century East European pogroms, or the Spanish inquisition we find a timeline that is driven by a similar dismissal of historicity. As in the Jewish history of the Holocaust or in Bibi’s address yesterday, these timelines begin at the point Jewish suffering is detected and omit the circumstances that may have led to such developments. We are dealing with narratives devoid of their most vital element, their rationale. We witness an eternal struggle to suppress self-reflection.

All of this may explain the Jewish fear of Anti Semitism. The Jewish anxiety is not necessarily the fear of the ‘merciless and hateful goyim’ but more probably a fear of self-reflection – looking in the mirror – taking responsibility for one’s own actions once and for all. . .

While early Zionism was largely anti Jewish, Zionism was soon hijacked by Jewishness – that sense of delusional judeo-centrism that dismisses otherness and denies historicity. PM Netanyahu’s address illustrates this unique inability to self reflect. Netanyahu’s timeline begins with an alleged act of Iranian aggression and yet ‘forgets’ that Israel has been throwing bombs at Syria for years and threatening to attack Iran for a decade. Is Netanyahu delusional? Is he duplicitous? That is not for me to judge, and in fact, I don’t care. My task is to decipher the message, not to analyse the messenger.

If Zionism was born to teach the Jews how to self reflect so they could become ‘people like all other people,’ Netanyahu, Israel and contemporary Zionists are the proof that the Zionist project was futile. As the Jewish State surrounds itself with ever more walls of separation, as the Zionist lobbies and Zio-cons push for more global conflicts for Israel, it becomes clear that Zionists are actually people like no other — people who can’t self reflect or bear responsibility for their own actions.

** The Jewish historian David Cesarani made such an effort in his last book, ‘Final Solution’ admitting that Holocaust history has been problematic and lacking.

South Africa: Seizure of White-Owned Land to Be Legalized

Ah, an article by the “good jew”, Gilad Atzmon. It seems no matter how much I advise against playing the good jew / bad jew game, Whites never, never, NEVER get it. In the end, it won’t be the jews’ absurd “intellectual superiority” that is our undoing, but our own stupidity to see that all jews are essentially the same, and that they cannot change their disposition any easier than they can change their genetics that drive their actions. Any attempt to appear to be on our side only serves to get us to second guess our resolve about jews as a whole and in the end, sews doubt within and among us about this jew or that jew, which is always…good for the jews. Even the old Harry Elmer… Read more »

I stand by my uncompromising words. Just because one of our correspondents thinks Atzmon says something worth reading, and reprints it, from time to time is no reason to suppose that NV has compromised even one iota. Benjamin Freedman defected and said things worth reading, but I wouldn’t allow him to be a citizen or in our inner councils. Heck, even the New York Times and CNN say things worth repeating on rare occasions.

Perhaps, but there is nothing a jew who claims to be “awakened” can say that hasn’t already been said and expressed better by a White expert or writer elsewhere. They can’t offer us anything but confusing the issue, especially for those new to the movement. So why play into it by posting the article? Simply by it’s presence on a site like this it gives the impression that “not all jews are like that”, especially since it wasn’t presented in the context you provided in your response. Sometimes I feel like Whites need a jew to say something about jews that Whites have been saying for decades before it has any credibility for them. Why should we depend on those who want to destroy us for our own education? Very… Read more »

Although it may appear irrational, I agree with both positions on posting this article. Atzmon himself is a tedious snob with Effendi style opinions on tradesmen and workers. This from a jew who plays a Belgian instrument in a negroid genre. Cultural desperation without limits! Yet one potentially valuable use of occasional, cautious, exposure to the opinions of populist ‘good jews’ is that it increases one’s will to reflect defensively on real life crypto-jews in one’s past or present. Often when a decent white person’s social and political immune system have been hacked by gambits of jewish psyche or feels, or overwritten by sheer scale of asiatic nepotism, comprehending their malevolent total reality is too proximate to perceive, let alone judge. These worldly type counter-jew articles offer, optimistically, a rational… Read more »

I understand your position, Kevin Strom. The instant you internalize the enemy, it’s over.

I suggest that you read the book, “The Nazi Seance.”

It is the story of a psychic, who said he was of European nobility, who became an astrologer and psychic counselor to Hitler.

It turned out that he was actually a Jew. But most Nazis (and, apparently, even Hitler) said, “Well, he has been such a strong supporter of the Fuhrer (and he was, as were many Jews), we will overlook that.”

In the end, the psychic knew too much about the Reichstag fire, and was taken out and executed. In his trances, before the fire, he saw an important building on fire (he said), so the Nazis (whether they set the building on fire or not—probably not) assessed him as a security risk and acted rather abruptly.

“You stay in your village and I will stay in mine. If your sheep eat our grass we will kill you, or we may kill you anyhow to get all the grass for our own sheep. Anyone who tries to make us change our ways is a witch and we will kill him. Keep out of our village.” —Carleton Stevens Coon, “The Story of Man”, 1954, page 376

Are Jews repulsed by the words above?

Jewish science and their attack on Coon’s work: Those people have removed his knowledge from the major encyclopedias and wherever. Is it because the racist anthropologist based his study on race rather than observation?

Was this Coon actually advocating killing people over what their dumb and innocent animals did?

I feel certain, without even looking it up, that Coon was exemplifying a certain type of primitive tribal thinking.

There are used hardback copies of The Story of Man, in “good” condition, available on Amazon for $7.50, including shipping. An excellent addition to any serious race-thinker’s personal library. Here’s “highduke’s” Amazon review of TSOM: — This is Coon’s most relevant work. There’s little mention of race and phenotype; these are covered in a single chapter. Here’s Coon having a go at social anthropology as opposed to physical anthropology. It is my favorite book by this scholar. Coon is also a good writer, capable of drawing the reader with a compelling narrative. This book is about human history starting with the first Homo Sapiens and ending with the Cold War (it was published in the early 50s). Every invention, from the digging stick to television is traced and analyzed. Coon… Read more »

Professor Carleton Coon understood that a modern day range war operates by the same principle as one in ancient times: Get off my property.

After the 4 years war, East Texas Confederate guerrilla John Long said of the Yankees: “They have behaved very well traveling through our country, or they would have been picked off behind every cluster of bushes. The negroes have been giving some trouble, but by hanging and shooting one every once in awhile, they have become docile.”

A rejected lone wolf that strays into territory controlled by a wolfpack will be surrounded and killed. 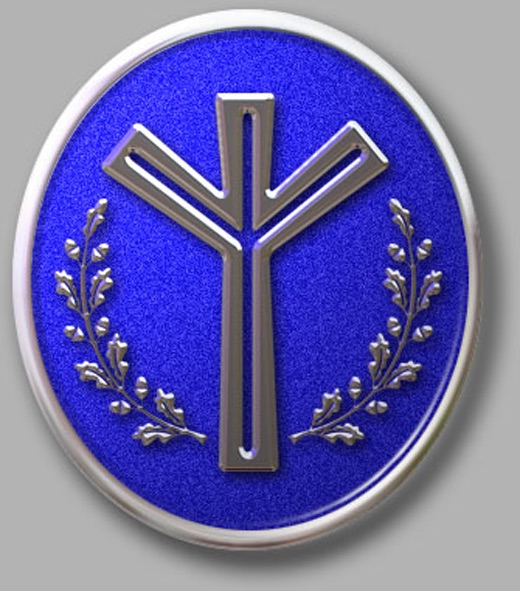