Australian Senator on South Africa: “This Is the Start of a Genocide”

AN AUSTRALIAN SENATOR claims White South African farmers are suffering a ‘state-sponsored genocide’ at the hands of their Black countrymen.

Independent senator Fraser Anning urged the Australian government to grant farmers refugee status in a speech to a rally in Brisbane on Sunday.

‘This is the start of a genocide as far as I’m concerned, and it’s only going to get worse because the genocide has just started,’ he said.

The Queensland MP called the Black thugs pillaging and stealing farms ‘subhuman’ as police statistics showed 638 attacks on farms and 74 murders in 2016-17.

‘Anyone who would boil a child in a bath, rape his mother and slaughter people the way they are slaughtering them now are subhuman,’ he said.

Senator Anning claimed the farms would fail when taken over by Black people, plunging South Africa into famine.

‘These people, when they do take over the farms, as we’ve seen in [Zimbabwe], the farms will run into ruin,’ he said.

‘Within a few more years they’ll be asking, demanding our support, and you can be sure that the United Nations will be demanding that we support these people with foreign aid.

‘[Foreign Minister] Julie Bishop will throw your money around like a drunken sailor.’

Senator Anning, who grew up on a cattle farm, said Australia should prioritise bringing White South African farmers in over other refugees.

‘They integrate, they are industrious, they’re hardworking, they have the same Christian values as us,’ he said.

‘As opposed to some of the other people we’ve been bringing into the country, who do not integrate, who are a burden on our welfare system, and intent on tearing our country apart.’

In an interview with conservative video blogger Ben Shand after his speech, Senator Anning compared ‘racial’ attacks on White farmers to the Holocaust and Joseph Stalin’s Soviet regime.

‘This is the start of a state-supported genocide,’ he said.

‘They are being persecuted by Black Africans who’ve never really done anything with their lives except want these farms that have been built up over generations.’

Senator Anning was likely referencing statements by Economic Freedom Fighters party leader Julius Malema in support of the country’s new plan to confiscate White-owned farms and give them to Blacks.

‘We are starting with this whiteness. We are cutting the throat of whiteness,’ Mr Malema said.

He later said anyone who immigrated to South Africa from Australia must ‘leave quietly’ and added: ‘Don’t make a noise because you will irritate us.’

LNP Queensland MP Andrew Laming also spoke at the rally in support of Mr Dutton’s proposal, saying the attacks were telling White farmers to ‘get out of our country’.

‘[Mr Dutton] could have ignored [farmers] completely, and hid behind PC departments, who continue to say the murder rate here is no different from the murder rate down the road,’ he said.

Mr Laming said he became aware of the issue through a photo claimed to be of an 87-year-old farmer who was bashed with an iron bar and his wife raped.

He reposted the image to his official Facebook page, where it racked up 27,000 shares in two weeks. 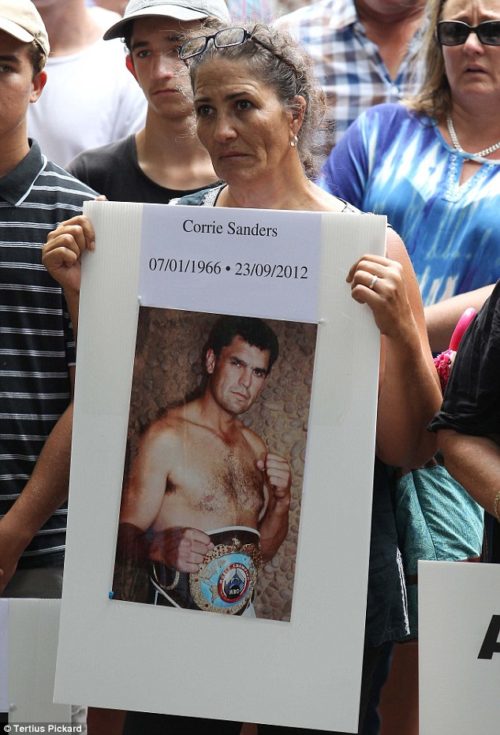 More than 1,000 people marched at the rally in Brisbane’s CBD on Sunday, waving placards reading ‘save the farmers in South Africa’ and ‘Australia is against reverse apartheid’, along with crosses mourning murdered farmers.

Mr Dutton directed his department to explore whether the farmers could be accepted into Australia through refugee, humanitarian or other visas.

He said they needed help for a ‘civilised’ country like Australia, in comments the South African government called ‘sad’ and ‘regrettable’.

‘We regret that the Australian government chose not to use the available diplomatic channels available for them to raise concerns or to seek clarification,’ it said.

Ms Bishop said last week there were no plans to ‘fast-track’ White farmers into Australia as refugees or otherwise.

The number of White farmers murdered or attacked in South Africa is hotly contested due to a lack of hard data.

Local rights group Afriforum claimed 156 commercial farmers were killed per 100,000 of the population, though others said it could be as low as 0.4.

Some of the killings were reported to have been barbaric, with farm owners tortured, raped, burned alive, and slaughtered in front of their families.

Farm attack victims are usually restrained with shoe laces, telephone wires or electric cables, according to a previous AfriForum report.

Some have had their nails pulled out, had boiling water poured over their bodies and been beaten to death with makeshift weapons.

‘Some of the murders have been accompanied by gratuitous violence and torture that can only be explained as racial hatred,’ Australian National University international law expert Associate Professor Jolyon Ford told SBS.

Too Late to Escape
Slide Shoes
The White Genocide You Never Heard About
Preparing for Race War: The South African Bootcamps Which are Training Thousands of White Youths
Many of Bill Cosby's Rape Accusers May Testify Against Him
The Simpler The Better
Taken to Mount Sinai
African Governments Commemorate the Role of Jews in Subverting White Rule
Tags:AustraliaBlack on White crimeGenocideMurderSouth AfricaViolenceWhite Farmers of AfricaWhite genocide

Jew Scientist on 'Race': The goyim know -- Oy vey! We must revise the Narrative! 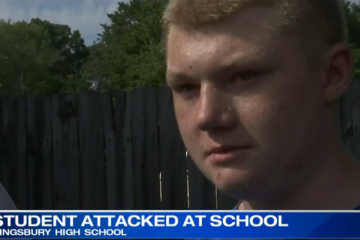 As far as the British establishment goes regarding the atrocities in South Africa, they undoubtedly support it through silence. Politicians and media lackeys regularly use despicable racist language against white British people, especially when the topic of Brexit comes up, and I believe they would wish the same fate on us as what is unfolding in South Africa. So they opt for the next best option to violence and push the Great Race Replacement instead.

Many thanks to the courageous Senator. His efforts are appreciated by racially conscious Whites everywhere. We can’t sit by quietly while our people are slaughtered in South Africa.

South Africa will go the way of Haiti, once the richest country in the western hemisphere, and now the poorest.

Finally people have started to take notice of the dire state South Africa is currently in. Law and order exists only for some, while murders of the farming community continue without much support from the police, land grabs have become a reality in the past few weeks, and land have been seized, often violently, since the president called for “expropriation of land without compensation” recently. But the countries who are currently sympathetic towards the white farmers in South Africa are made out to be “colonialists” and “racist” by government and the Economic Freedom Fighters. In a groundbreaking case a woman who was recorded when she went on a racist rant was convicted to three years in prison for being a racist this week, while Julius Malema regularly calls for the… Read more »

Blacks will never be the “countrymen” of Whites. South Africa belonged to Whites, shile s**tskins were “privileged” with whatever rinky-dink land was granted to them as a Bantustan. They should have been denied even that and deported to the Congo or Uganda. Land trusted to monkeyshines is land wasted!

Australian Senator on South Africa: “This Is the Start of a Genocide”