The BBC Lies About Greeks and Trojans

THE BRITISH Broadcasting Corporation (BBC) and Netflix will host a television series about the fall of the ancient Trojan city, Troy. The Trojans were a White people closely related to the Greeks. The series is a vehicle for misinformation and racial propaganda in that it features a Black male as Achilles.

You might recall that a few years ago, Hollywood produced a movie about the wars between Carthage and Rome in which Hannibal was portrayed as a Black male.

The Jews control both Hollywood and the BBC. If Blacks had any history worth knowing about, they’d invent TV series and movies in which Black actors performed roles out of African history.

However, Blacks don’t have any history worth knowing about. Watching one group of Blacks defeat, mutilate, rape, torture, and feast upon another group of Blacks, over and over and over again, would become boring very quickly. There simply aren’t any real romantic quests or great achievements in Black ancient history, and, if you see them in movies, they are interpolations put there by the screenwriter.

So the Jews steal White history by writing Blacks into key roles.

In the future, you can expect to see movies featuring a black Aristotle, a black Thomas Aquinas, a black Charlemagne, and so on.

One wag, upon reading a draft of this article, suggested, “This is good news…soon we’ll see a Black King Leopold and a Black Cecil Rhodes…a Black Hitler and a Black George Wallace.” Perhaps we’ll also see a Black Gold-In-My-Ear, a Black Menachem Begin, and a Black Theodor Herzl. 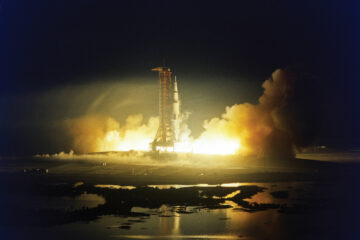 From Book One of Homer’s Iliad (c. 750 BCE), line 195-210: “The white-armed goddess Hera had sent her forth, for in her heart she loved and cared for both men alike. She stood behind him, and seized the son of Peleus by his blonde hair, appearing to him alone. No one of the others saw her. Achilles was seized with wonder, and turned around, and immediately recognized Pallas Athene. Terribly her eyes shone. Then he addressed her with winged words, and said: “Why now, daughter of aegis-bearing Zeus, have you come? Is it so that you might see the arrogance of Agamemnon, son of Atreus? One thing I will tell you, and I think this will be brought to pass: through his own excessive pride shall he presently lose his… Read more »

I’ve often thought that if I had lots of money, one of the things I’d do is fund a few satirical historical films, all with multi-racial casts so inappropriate, so preposterous that people would finally begin to reject the BS put out by the BBC and Hollywood, and understand how important it is to credit history (and especially the greatest of accomplishments) to the rightful peoples. Yes, how much fun would it be casting a black actor as the fraud, Einstein, along with a Mestizo actress for his wife and an Asian child as their son.

PrinzEdelhart
Reply to  Over It

Sadly, Gen soY would believe your movies to be historically accurate……
And Gen Boomer would very, very much WANT them to be accurate.

Yes, one where Robert E. Lee is portrayed by Denzel Washington, etc. Hilarious!!¡!

The Jews and their lickspittles are becoming ever more brazen in blackfacing White history and mythology. Late last year, I was disgusted to see part of a “documentary” in which a Congoid accompanied one of the kings involved in the Battle of Hastings. Interestingly, in an article on Michael Jackson, Michael Hoffman writes of blackfacing early last century: “I don’t lament the demise of blackface ‘entertainment’ by white performers, for, as William N. Grimstad documents in his classic work, ‘Talk About Hate,’ the lowbrow shtick of vaudeville and movie ‘coon song’ blackface was a Judaic art-form perfected by Sophie Kalish (‘Sophie Tucker’ the ‘World-renowned coon-shouter’), Asa Yoelson (‘Al Jolson’), Edward Israel Iskowitz (‘Eddie Cantor’) and Joe Yule (‘Mickey Rooney’), promoted by moguls like Louis Lazar (‘Louis B. Mayer’) and Max… Read more »

This doesn’t take away from Hoffman’s point, with which I agree, but Joe Yule was not a Jew and was not the same person as Mickey Rooney, who was his son.

I showed this to my wife, who is of German descent, and she said,

“If they were off just a little bit on the historical accuracy of the costumes, it would not fly. So I don’t know how they think they can be so much off on portraying the sex, age and race of the people.”

“I don’t know how they think they can be so much off on portraying the sex, age and race of the people.”

That puzzle can be answered in one word: chutzpah. But even when you’ve studied the Jewish problem for a long time, you can find the behavior of the Jews mind-boggling, simply because their mentality is so alien to our own.

Sounds like the German wife is not aware of the sheer ignorance most people are afflicted with these days.

Just like the author said, “There simply aren’t any real romantic quests or great achievements in Black ancient history,” so to make them look good, you have to put white character inside a black body. This kind of “oreo” is acceptable to blacks as long as they are seen as heroes to both blacks and whites.

[B]olsheviks [B]roadcasting [C]ommunism is run by a Rothschild spouse named Marcus Ambrose Paul Agius. Little wonder it is the most anti-white corporation operating in the UK.

Let us see…
They are the ancient jews, egyptians, greeks, minoans, trojans, romans, brits, vikings…
Oh, and the maya indians too, and of course all the native american tribes were kangz as well, yes! :)

So…
They say that we, white people, will be forced back to Caucasus and live in caves, yes.
Well, ok then, we could go to Caucasus and live there, fine!
However, i think it won´t be long until they are coming and demanding a place among us, in our “caves”.
They will say that “We wuz the cave men!”, don´t you think?
Even the ones of the kangz that hate use the most demand to live among us, and that´s odd i say.

Oops, i forgot, the kangz were the ancient chinese people too, of course!
And the japanese!

Black Heimdall in the Thor movies .

A black Stormtrooper ( Finn) in the last 2 or 3 Star Wars movies – how the hell is this even possible, since all Stormtroopers were genetical clones of Jango Fett ( a white man) ?

A black Guinevere in a sh*t tv series , sorry forgot the name.

Cannot understand why do blacks want to replace white characters so badly instead of creating ( if they can..) original new characters or focus on the existing ones.

Sh33ny scriptwriters; always trying to make a negro the hero in the White man’s story.

The Trojans of western Anatolia were an Indo-European-derived people. As were the Mycenaeans of ancient Greece. They knew the wheel. They knew horse-breeding. And they were accomplished bronze-smiths. Sub-Saharans, then and now, are Stone Age hunter-gatherers. Whatever technology they had was MADE BY OUTSIDERS! Letting those talentless Negroid actors LARP as our forebears is an insult.

Trojans were of Indo-European/Aryan/ Western Steppe-Herder descent. They were, in Groid terms, “kangz ‘N’ sheeit”. Troy is in Anatolia; not only a place of Indo-European conquest and colonisation, but also the original homeland of Early European Farmers, Ancient Egyptians and Sumerians. Casting a n1993r as Achilles deeply offends my supreme (not “supremacist), pearly-white soul. Get back to planting cotton seeds, BBC actor!

The BBC Lies About Greeks and Trojans