WHEN OUR ENEMIES gave us Saint Martin Luther King, possibly by murdering the foul creature — who was worth more to them as a dead martyr than as a living lecher — they gave us a wonderful gift. The gift of forcing the American people to rub their faces in so much filth — and forcing us to accept the most obvious and preposterous of lies as Holy Truth — that it backfired.

Bowing down and pretending to believe in unbelievable lies is something that intelligent free-thinkers, of which our race is plenteously supplied, find very, very hard to do. Thus our enemies make the very best part of the population, the part still capable of independent thought, begin to doubt not only the Martin Luther King sainthood narrative, but all the narratives of the anti-White establishment. Thus do fall houses made of cards — and tyrants far more evil and odious, but no more legitimate, than the Wizard of Oz.

Martin Luther King was a liar and a cheater who didn’t deserve his degree. This we know.

Martin Luther King was a user and abuser of women, including White women. This we know.

Martin Luther King was an enemy of racial integrity and freedom, and an active, conscious enemy of our people and our nation. This we know.

Martin Luther King betrayed his own purported cause and people when he promoted a racially mixed society instead of self-determination — and when he consorted with and supported Communists, and allowed Jewish Communist Stanley Levison to basically run his entire operation. This we know.

Martin Luther King betrayed all those who supported him when he misappropriated funds and used them to pay for degenerate sex parties that lasted for days on end and included prostitutes, both Black and White, who were often treated like dirt. This we also know.

In short, Martin Luther King was a piece of filth and precisely the opposite of the saintlike image that has been given him by the controlled media.

My well-known broadcast of almost a quarter century ago tells the true story of King. It is a powerful deconstruction of the King myth. It has now been made into a free flier, and I am asking you to put it into the hands of all the people you can reach in your community. Make this weekend — this insult of a “holiday” — into a weekend of truth-telling like you’ve never done before.

A few years ago, Brett Reese of KELS-FM in Colorado ran an abridged version of my exposé as a guest editorial. Not only did he run the piece — he featured it on the air over and over again, for years. Not a single listener complained or questioned the station’s right to do so — no one, that is, until a Jewish group heard about it.

The Jewish Anti-Defamation League (ADL), which has links to Meyer Lansky’s organized crime syndicate and which once gave their “Torch of Liberty” award to mob boss Moe Dalitz, attacked Mr. Reese and demanded that the airing of my program cease immediately: “The reckless and irresponsible spread of such misleading vitriol only heightens the divisions in our communities….” said ADL Regional Director Scott L. Levin (also a “Torch of Liberty” recipient, by the way), adding “We call upon Mr. Reese to desist from his divisive public broadcasts….” Immediately after the ADL’s attacks on him, Reese began receiving death threats that he considered credible. Reese had broadcast my program for three years running around the MLK holiday, but had never received death threats until the crime-linked ADL, whose “phone tree” notification of Jewish activists is well known, began to attack him in their publications and press releases.

Clayborne Carson, the founding director of the “Martin Luther King, Jr., Research and Education Institute” at Stanford University and the editor of King’s papers, took a very different approach from that of the ADL. He openly admitted, and was quoted by the Greeley Tribune as saying, that “many of the claims in the broadcast have been substantiated,” but added the rather weak rejoinder that many historical figures are “flawed.”

Just two months ago, National Vanguard‘s own Dale Bennett reported on new FBI documents released after years of secrecy that proved that I had been right about King all along:

Kevin Alfred Strom’s 1994 report on compromised Black leader Martin Luther King has been proven correct in nearly all particulars by the Trump administration’s recent release of a secret FBI document on King prepared in 1968.

The file was released along with a trove of documents relating to the assassination of John F. Kennedy this week. Mr. Kennedy is not referenced in the file and it is not clear why it was kept secret for almost 50 years. Its cover shows it was assessed in 1994 by an FBI task force on the JFK assassination, which concluded that the document should be kept totally secret from the public.

Among its conclusions are that:

• King was surrounded by advisers with strong links to organized Communism

• His statements were always subject to approval by Communist operatives, especially his main handler, Jewish Communist Stanley Levison (who, confirming Mr. Strom’s report from 23 years ago, was King’s ghostwriter on numerous occasions)

• He was a secret supporter of Communism, “a whole-hearted Marxist”

• His organisation, the Southern Christian Leadership Conference, set up a “tax dodge” to raise funds for its activities and conceal Jewish/Communist sources

• He was unfaithful to his wife, and had sexual liaisons with numerous females, including part-Mestizo, part-White folk singer Joan Baez

The report states that King’s advisers and handlers approved everything King said in advance: “King is such a slow thinker he is usually not prepared to make statements without help from someone,” it reads.

Linking King to Communism, it stated: “King is a whole-hearted Marxist who has studied it (Marxism), believes in it and agrees with it, but because of his being a minister of religion, does not dare to espouse it publicly.”

And, in another part, the document says: “During the early 1960s, the CPUSA [Communist Party USA] was striving to obtain a Negro-labor coalition to achieve its goals in this country… Martin Luther King, Jr, and his organization were made to order to achieve these objectives.”

You can read the full FBI report in PDF form here.

A hard-hitting, home-printable National Alliance flier exposing the lecherous Negro fraud who went by the name of Martin Luther King is now available for download. Just click here to download the high-resolution PDF, print it out and fold it in any quantity desired, and you’re ready to go — and get the truth out to hundreds — or thousands — of people in your community.

These fliers have also proven to get results through the reaction of the controlled media too, who often take the (mistaken) attitude that they can reduce the impact of the flier by attacking it (and the Alliance) as “bigotry,” “hate,” or “neo-Nazism.” All they succeed in doing is inoculating the public against the use of those pejorative terms, since any reader can easily see for himself who is speaking with reason and authority — and who is frantically trying to prevent the public from reading an alternative point of view.

These fliers can be placed inside screen doors, under windshield wipers, posted in quantity on community bulletin boards, handed out on the streets or at community events, slipped under the doors at college campuses and dormitories — wherever our people can be found.

The American Dissident Voices broadcast that was the basis for this flier was later made into an excellent video production which I’ll include below:

Share all this on social media — but also take the extra effort to go to your local print shop with the PDF file, or print it out yourself, and get out there with real world activism. Nothing makes a more powerful impression than a real-world act of courageous truth-telling. Nothing better tells your neighbors that we really care. There is no better way to tell our people that we’re with them, right here on the streets of our community. Nothing makes the White resistance more real. Let’s make 2018 the year we break a record in flier distribution — and let’s keep up the momentum of the tsunami of truth that is washing over our land!

You’ve been listening to American Dissident Voices, the radio program of the National Alliance. You can listen to our 24/7 radio network at natall.com/radio and read our online magazine, National Vanguard, at nationalvanguard.org. To help us, send donations to National Alliance, Box 4, Mountain City, TN 37683 USA. That’s Box 4, Mountain City, TN 37683 USA. You can also donate by accessing natall.com/donate. Until next week, this is Kevin Alfred Strom reminding you to never give up.

Lee’s prescient response after the war: “whereas the consolidation of the states into one vast republic, sure to be aggressive abroad and despotic at home” 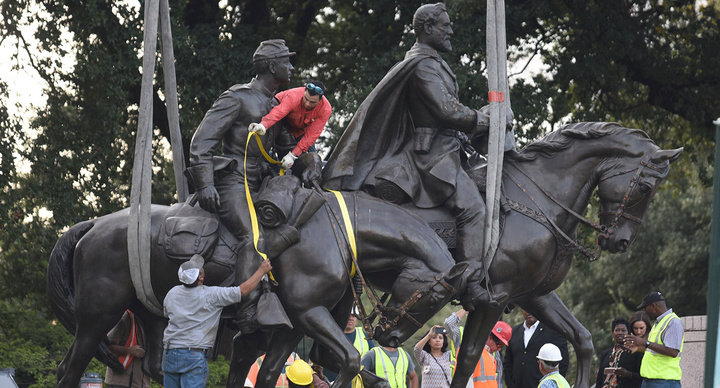 Negroids have civil equality. And how have they used it?
http://www.nydailynews.com/news/national/fema-contractor-charged-killing-irma-vic-befriended-article-1.3756358

It’s that time of year again, folks. Download, print and creatively distribute “No King Over Us.”

Each year around this time I’m reminded of what my father called MLK back in the 1970s, and still chuckle: Martha Lucifer Koon. He named a black “mouser” barn cat Martha after MLK. :o)

Will W Williams * National Alliance Chairman
Reply to  Will Williams

A hard-hitting, home-printable National Alliance flier exposing the lecherous Negro fraud who went by the name of Martin Luther King is now available for download. Just click here to download the high-resolution PDF, print it out and fold it in any quantity desired, and you’re ready to go — and get the truth out to hundreds — or thousands — of people in your community.

Bump again! Racially responsible White activists have six days until the federal holiday to print these informative National Alliance fliers and distribute them anywhere their kinsmen will be sure to see them. 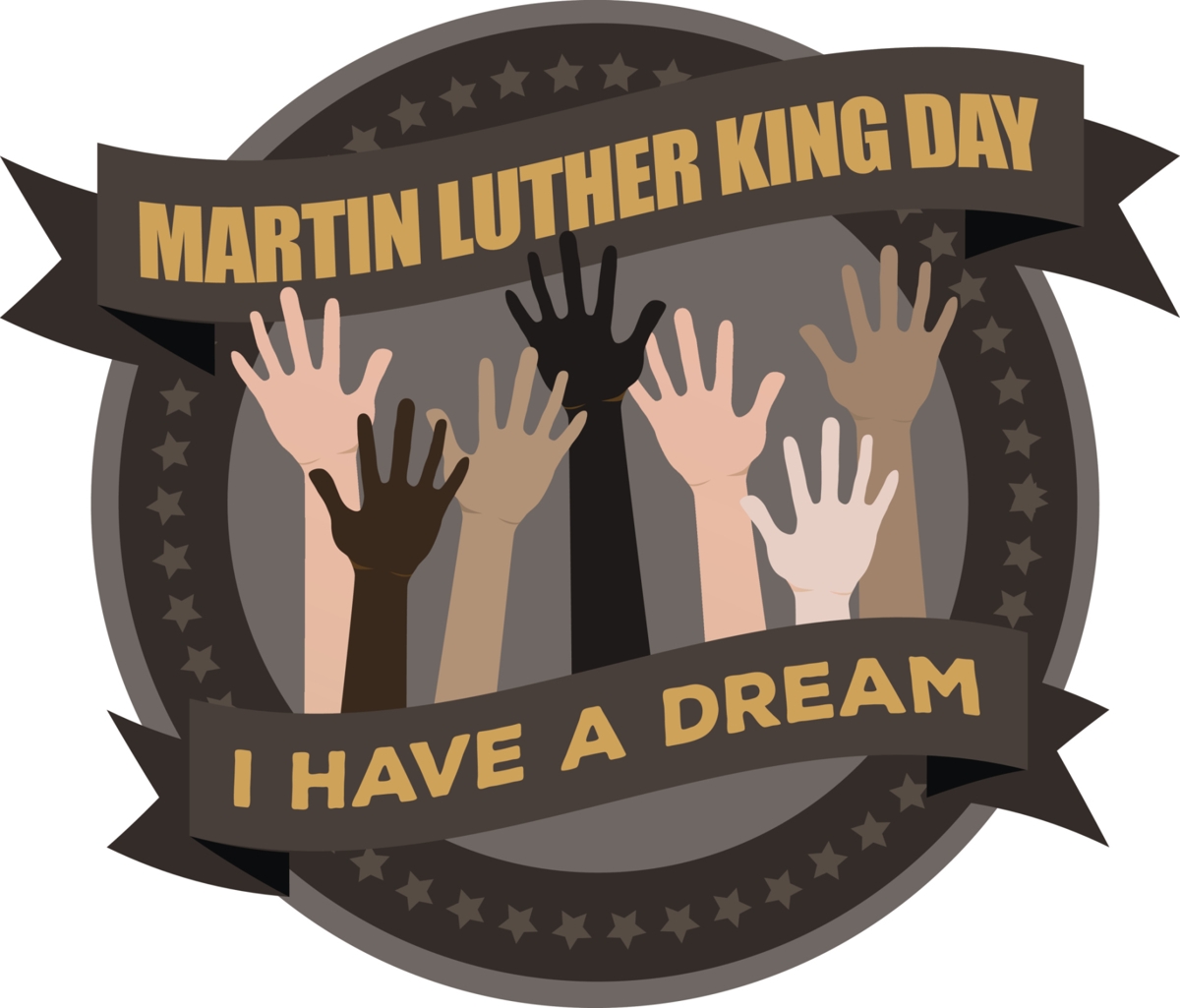