In praise of the proper measure of all these things

AYN RAND didn’t invent the philosophy that she promoted. She just put the already long-existing philosophy of egoism into some of her own words and called it Objectivism.

Egoism simply means that one believes in “looking out for oneself” and not sacrificing oneself for others. That’s it. That’s the idea.

However, an overly simplistic view of egoism, and its acceptance as part of one’s philosophy of life, can lead to harmful hyper-individualism for a White who may not fully understand that he or she is part of a distinct people and that his or her fate is inextricably linked to this people — based on the fact that he or she shares essentially the same White genome as all other members of the race, all of whom are therefore different than members of all other races who, of course, have their own genomes.

The other side of the harmful hyper-individualism coin is the dangerous error in thinking, that can be called hyper-collectivism, in which a White wrongly sees himself or herself as undifferentiated from the billions of non-White humans. We usually hear this dangerous idea expressed with ignorant and silly sayings such as: “We all bleed red blood,” or “There is only one race, the human race.”

In the long view of existence, altruism by Whites benefiting non-Whites always harms Whites. Some might suggest that helping non-Whites so they survive and thrive is the “moral” thing to do. Not for White survival it isn’t. This is because it is a law of Nature that different versions of a species (sub-species, races, varieties) must always compete with each other for survival, for food, for living space, for mates, for dominance. And this eternal competition has as its end goal the replacement of all different versions of the species so the winner is the only version of that species in existence. Welcome to the eternal and necessary gene wars that are part of evolution.

Do not despair. The gene wars are completely natural — and are needed in order for evolution to work properly. As Whites we have to be aware of the gene wars and instead of just letting the default settings and luck decide who will or who will not win, we need to make sure it is Whites who prevail. We do this by being conscious of the gene wars and looking out for ourselves and our genetic interests. We must ask of everything: Is this good for White people?

This competition — the gene wars — among humans takes the same form as it does in other species. In human terms not only do we see it in common things such as “White flight” out of cities that are turning non-White and which are no longer comfortable for Whites, but we see it more importantly and more destructively in Whites miscegenating with non-Whites — which destroys the White genome and spreads the “infection” of non-White genes through the White population the same way sexually transmitted diseases are spread. Miscegenation by Whites causes the watering-down of the White genome via gene flow, and is the genocide of the White genome — and it can cause the eventual extinction of all Whites as they are blended into the non-White masses of humanity via bedroom genocide.

Proper pro-White individualism, White group egoism, and White group collectivism along with pro-White altruism are good for Whites when these concepts are fully understood and correctly applied in a completely White context. The key here is that Whites must practice White particularism. And Whites must avoid destructive universalist thinking that can end up destroying all Whites. Does this mean that Whites should hate other races? Of course not. This particularism is just part of Nature. Whites need to start being conscious of this and acting in their own best genetic interests now, and let other races act in their own genetic interests.

To understand why proper White egoism, proper White individualism, proper White collectivism, and proper White altruism are high moral choices for Whites, one must understand that this is about our very survival, our expansion, our evolution, and our highest possible destiny as pure White people. This is how we must view existence to win the gene wars and to continue to be a distinct people and not be blended into a tan “everyman” one-size-fits-all human.

Whites must also understand that the correct application of looking out for oneself first requires an understanding that a proper definition of “oneself” means not just the fully formed person one sees in the mirror, but also one’s genes and one’s genome that have made that person one sees in the mirror. And each White must understand that the White genome is what we share with all other pure Whites. We must put our Whiteness — our White genes and our White genome — before all else. Do we worship the White genome? No, but some of us do see the Ineffable Divine in our pure White genome shining brightly forth through and using our flesh and blood to make the world a better place.

Be an egoist; believe in individualism; welcome collectivism; and be an altruist… But always do them in a pure White context and never, ever step outside the White lines.

What is the single most important thing that each White, male and female, can do to advance his or her personal genetic interest? It is to have as many pure White children as their bodies can produce during their full reproductive years, starting when the internal body clock and calendar make it ready and not stopping until the internal body clock and calendar cause it to naturally stop.

The Liberal Mind or the Singularity of Eternal Darkness
On Jordan "Cuck" Peterson, White Identity and the Jewish Problem
Ayn Rand and the "Californian Ideology" as Proximate Causes of U.S. Economic Decline
The Group or the Individual?
Ayn Rand's Package Dealing
The Upward Path
Dealing with Individualists and Cowards
Replacing Shakespeare with Malcolm X
Tags:Ayn RandCollectivismEgoismIndividualism 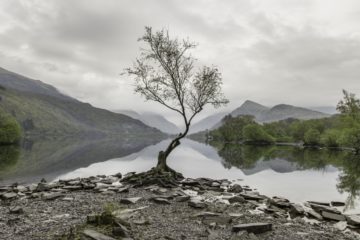 The Group or the Individual?

It’s amazing the number of people who don’t understand there is no such thing as a human race, but a human species of which there are various subspecies or races. When they’re told this, you can see the reality wash over them as they realize they’ve been brainwashed for decades by one of the oldest and most subtle anti-White memes, the human “race” lie. When you think about it, it’s clearly preposterous and yet, so many believe it because they never stop to question it until someone does it for them.

For a “close-up-and-personal” look at the cult of
Alisa Zinovievna Rosenbaum, see the following link:

Mr. Strom I truly believe all the bad things you have been accused of is a farcical lie whether it be your a ‘pedo’-which is obviously false otherwise why do you have custody of your children, your a ‘selfish money grabber’-which is false because going against the system is not exactly financially profitable etc. They are all false and please don’t let it derail your amazing work. I’m sure Dr. Pierce is looking down very proudly and full of vigour at your non stop work and energy to get the wonderful Cosmotheist mindset which is essential in create a viable spiritual basis against this mushy soppy and in my view communist Christianity and democracy which is retarding and damaging the Caucasian/Indo-European brain and crippling the soul. I also thank you-… Read more »