In our previous news-clipping on the state of California we brought attention to an outbreak of hepatitis A in the Sunny State caused by a third-world phenomenon of homeless people defecating in the streets there. The highlight of this post was an audit’s finding that parts of today’s “Los Angelenos” fail to meet “even the standards for a refugee camp.”

As if this wasn’t bad enough, today we have another report about the devastating effect of California’s darkening on working-class Whites left behind in the state:

Whites running out of hope: 21,350 ‘deaths of despair’ in California

By Barbara Anderson | The Fresno Bee

Suicides, alcohol poisoning – and drug overdoses fueled in part by the opioid crisis – are the leading causes of rising death rates among white people in California, according to a new study that found the trend is widespread in rural areas of the state.

Generally, death rates for people of color remain higher than for whites, but the study released by The California Endowment said death rates have been decreasing among blacks, Hispanics, Asians and Pacific Islanders in California and are increasing for whites. . .

[E]fforts to stop the increase in white death rates are falling short, the research found.

The endowment, a private statewide health foundation, said 21,350 young and middle-aged whites lost their lives between 1995 to 2014 in what have been called “deaths of despair.”

“The sad part of this report is these deaths are all preventable. These are not deaths from cancer – these are deaths from drug abuse, suicide,” said Sarah Reyes, The California Endowment’s director of communications for Healthy Communities.

The deaths are a result of “when people feel a sense of loss and feel like they don’t belong,” Reyes said. “They feel like they don’t matter. At the base of this report are people who don’t have access to services and don’t see opportunity for them to move forward, for themselves and their families. That hole of despair gets deeper and deeper” . . .

“Poverty continues to increase and the negative health issues continue to plague us,” she said. “As far as I know, at least in the counties in the Central Valley, nothing has been done proactively to deal with these issues.”

The cherry-on-top of all this: As Kevin MacDonald has documented, the Jewish Sackler family is fundamentally responsible for the opioid epidemic which has taken the lives of a quarter-of-a-million people, most of them White.

Sources: The Fresno Bee and The Occidental Observer

Ann Coulter Identifies Focuses of Jewish Power in the USA

The Sackler Family heroin derivatives are the mopping up phase of the kosher cabal’s orchestrated invasion.

The kosher infested coasts look more like 1920’s Russia as the kosher Bolsheviks cemented their control over the nation. Half the nation is in the Sackler Family’s opioid mopping up phase right now.

This cartoon now applies to the entire West: 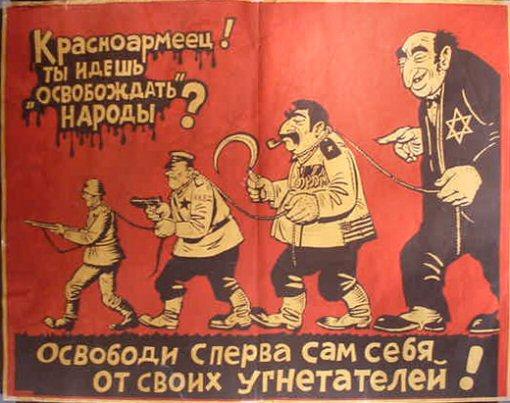