Why not just buy the magazine and watch the YouTube videos?

ON OCTOBER 6th H&D hosted our latest John Tyndall Memorial Meeting in Preston. As with all previous such events, this was very widely advertised in advance and reported afterwards both on this website and in the current edition of H&D. All of the speeches were professionally filmed and are publicly available on YouTube.

Nevertheless a television production company sent two young female journalists ‘undercover’ into the meeting, where they secretly filmed speeches that would in any case be broadcast in full on our YouTube channel. Unfortunately these ‘undercover journalists’ — who used the names Mary McShane and Mary Mead — also claim to have recorded private conversations with members of the audience at the bar and in cars travelling from the event.

H&D greatly regrets this invasion of privacy. While our own editor and assistant editor have not said anything in private that we would not say in public, we of course have no idea what members of the audience might say in their own private conversations, especially when these are recorded, edited and taken out of context by journalists.

We would emphasise the following points in reply to allegations contained in a letter sent to our assistant editor by the production company (allegations which may or may not be featured in the programme):

– Heritage & Destiny is a non-partisan journal reflecting a wide spectrum of nationalist ideas. Particular articles in the magazine should not be taken as reflecting an editorial line or shared ideology, still less should it be assumed that H&D promotes any particular position or agenda held by authors of such articles.

– Events hosted by H&D similarly reflect a broad range of ideas — as should be obvious from the fact that such speakers often disagree with each other on particular issues and represent diverse parties and groups.

– The London Forum and allied forums in various parts of the UK again feature a diverse range of speakers — the clue is in the name “forum”.

– Some of the individuals featured in the forthcoming ITV programme have no connection whatever with H&D. For example, while we fully accept Anne Marie Waters right to her own opinions on Islam, and we deprecate attempts to silence her, there have been many articles critical of Ms Waters and her associates published both in the magazine and on this website. Within the broad spectrum of nationalist ideas represented by H&D, we have sometimes printed articles which conform with Ms Waters’ anti-Islam agenda, but most articles on this theme have been critical of her approach. In particular our assistant editor’s ‘Movement News’ column has been consistently critical of the EDL, Liberty GB and the rest of the ‘Islam-obsessed’ wing of nationalism.

– It would be seriously defamatory to accuse our assistant editor of expressing sympathy with any form of terrorism during his speech at the October 6th meeting. What he did say (and repeated in the current edition of the magazine) was that the Terrorism Act makes a mockery of the English language in its designation of a wide range of purely political activities as ‘terrorist’. These concerns about the wide-ranging remit and potential injustice of the Terrorism Act are widely shared across the political spectrum. Serious criminal charges have emerged against some individuals since the October 6th meeting. None of those individuals was present at the meeting, and for obvious legal reasons we cannot comment further at this time.

– Our assistant editor did indeed state at the October 6th meeting that Ernst Zündel, Ursula Haverbeck and others prosecuted under Germany’s notorious laws suppressing free historical research will be seen as “heroes of the Europe of the future”. Their alleged crimes are not in any way illegal in this country. H&D does not promote any particular interpretation of Second World War history, and indeed some articles in H&D have suggested that nationalists should avoid association with historical revisionism (while others have argued that defence of academic and political freedom is central to our cause).

– As regards the Brexit referendum, there can be little doubt that concerns over immigration were the main motivation for many (arguably most) pro-Brexit voters. It should be noted however that a significant minority of British nationalists took a pro-Remain stance in last year’s referendum, and this debate was featured in the magazine.

– In short, to draw “links” between diverse individuals and groups attending a meeting/forum (and in some cases between individuals who have never met or had anything to do with each other) is at best absurd and at worst defamatory.

New Book: Life in the Reich 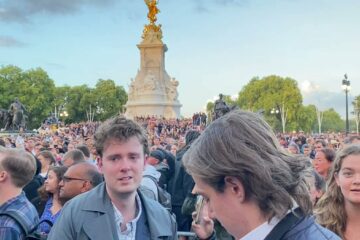