EXPLOSIVES DISCOVERED during a raid on an illegal Muslim prayer hall near the Russian city of Samara were exploded by authorities inside the building. A team of de-miners thought it was too dangerous to use their personnel get them out.

The video of the explosion controlled by the Russian de-miners shows that a considerable part of the building was destroyed in the operation in 2016.

A police dog had allowed them to find more than a kilo of explosives of unknown origin in an illegal Muslim prayer hall, in the suburbs of Samara. It is known that Daesh/ISIS fighting Syrian and Russian government forces have been armed, rescued, and protected by the United States.

A de-mining expert said it was too dangerous to get the explosives out, which is why they were neutralized on the spot, causing the damage we see in the video below — but there were no casualties. The M5 federal road that passes in front of the house was blocked in both directions and the inhabitants of all neighbouring buildings had been evacuated beforehand.

Before its partial destruction, this house was used for meetings of Salafists, a rigorously fundamentalist sect of Sunni Islam, without being registered as an official place of worship in the regional Muslim community.

During this operation, Russian Special Forces arrested 53 young males, one of whom was discovered to be promoting Washington, DC-backed Daesh on the internet.

According to an FSB source, these arrests and the intelligence gathered led to a series of raids on other buildings and homes that helped find more explosives, weapons, grenades, and ammunition. According to the same source, other members of this Salafist community are fighting in Syria alongside jihadists.

The Fame of a Dead Man's Deeds Audio Book: To West Virginia 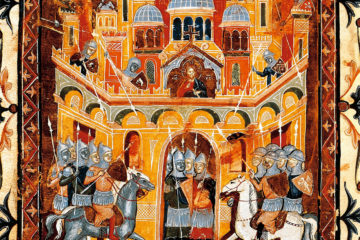 Notice how the scum are not so boisterous and claiming their rights are being violated and are not arguing with the fsb men, (didn’t notice any women), they know that will only get them a beating they deserve or worse.