She reveals that Polanski may be guilty of crimes other than the one he was convicted for: “Polanski pleaded guilty to ‘unlawful sexual intercourse with a minor’ after he was accused of drugging and raping a 13-year-old girl in 1977. Allegations have continued to pile up against the convicted sex offender and still-celebrated director. Just last month, artist Marianne Barnard came forward claiming that the filmmaker molested her when she was 10 years old. In addition to Barnard, three other women have made similar allegations of sexual assault (all three said the alleged assaults occurred when they were under the age of 18).”

To prevent exposure of his crimes, Weinstein did what Jews and Leftists always do: Identify, investigate, intensively study, and ruthlessly attack individuals — something conservatives and White advocates never do (and I am not praising the latter when I say that, given the makeup of the world and the behavior of those committing genocide).

At the bottom of the New Yorker article exposing Weinstein is an audio track, about two minutes long, of Weinstein coming on to a woman. What does his approach and manner say about Jewish psychology?

Also interesting is a copy of the 5-page contract that Weinstein’s Establishment attorney David Boies entered into with the Israeli investigative firm, “Black Cube,” mentioned in the article.

The New Yorker says: “On July 11, 2017, Harvey Weinstein’s attorney David Boies, of the law firm Boies Schiller Flexner, LLP, signed a contract with Black Cube, an Israeli private-intelligence agency operated by former members of Israel’s Mossad intelligence service. The contract describes Black Cube’s tactics and goals in its work for the client, identified in other documents as Weinstein. The firm’s first objective, as stated in the contract, was to uncover information that would help stop the publication of a new, negative newspaper story, which sources said was a New York Times story focused on sexual-misconduct allegations against Weinstein. Its second objective was to obtain a manuscript of a book that sources identified as the memoir of the actress Rose McGowan, who had accused Weinstein of rape.”

Finally, the author of this New Yorker article, Ronan Farrow, a Yale Law School graduate, is an Establishment Leftist employed as an investigative journalist by the Jewish broadcast network NBC. The article sets forth the results of an investigation he did for the network that the broadcaster refused to air. Now it will reach a small audience by comparison.

Formerly Farrow was a foreign policy adviser in the Obama Administration. He is a closeted homosexual, the half-Jewish son (if he isn’t Frank Sinatra’s or somebody else’s son) of Woody Allen and actress Mia Farrow (who played Rosemary in Roman Polanski’s satanist film Rosemary’s Baby), and the grandson of beautiful actress Maureen O’Sullivan (Jane in Johnny Weissmuller’s Tarzan films) and her director husband John Farrow. O’Sullivan and John Farrow had seven children together.

According to Wikipedia: “Ronan Farrow is estranged from his father, Woody Allen. In 2011 he commented, ‘He’s my father married to my sister. That makes me his son and his brother-in-law. That is such a moral transgression.'” 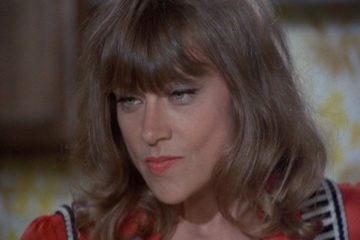 Tip of the iceberg from the mainstream media: Directors from NETFLIX affiliate ad lib insisting minor White girl kiss Black in film. White girl insists she expressed her reluctance. Fathers who cannot keep their daughters out of such situations arguably should consider making a teaching example of those responsible.

Yes, lift a rock and you find a perverted, pathologically aggressive jew, but they would not even be there if White people were not so eager to sell out for money.

It is sad, the way they attract each other.

And their Israeli and Mossad henchmen protectors. Seems all the “tinfoil hattery” has been on the money all along.

A pervert jew can rape and ruin hundreds of gentile animals and will be given awards and their victims are terrorized by Mossad agents.

Ethnic Europeans are relearning so many forgotten lessons very quickly. Let us hope that their short term memories do not forget. NEVER FORGET.

The mass media is almost exclusively owned by jews. Doesn’t any of this send up a red flag in that we only see what they allow us to see? I’m more convinced that all this was pre-planned as part of the matrix we live in, rather than a spontaneous change of heart that caused the jewish-owned media to turn on its own to protect women or anyone else, which will never happen. Any jew that looks bad in the media casts a glaring and revealing light on jewish character in general, and they know this. It’s why the massive welfare/food stamp fraud network that was busted a few months ago and organized and participated in almost exclusively by jews living in $300,000 homes in Lakewood, NJ and even rabbis, was… Read more »

Not surprising that Green is helping him. She herself is a kikess.

After a substantial cash payout by
Polanski, Samantha Geimer who was
13-years-old at the time of her encounter
with the Jewish director, pleads on
his behalf. Follow the money.

I have noticed on the internet there is and avalanche of hate speech and aggression against professor Chikindas of Rutgers.
There are calls to have him fired from his job and other assaults against his well being.
I feel that in accordance with the American right to free speech he is being unfairly attacked and the rights of every American is in danger.
I think a post in support of Professor Chikindas’s free speech would not be out of place I think all Americans should rally to his defense to save their own freedoms.
We should help stamp out hatred and bullying.

It´s unbelievable that this “man”, Roman Polanski, will get away with what he did, it´s beyond bizarre!
His movies sucks btw.

“Tess” wasn’t too bad. Nastassia Kinski looked pretty
good when she was young. ‘Net rumor has it that
Polanski deflowered her, and worse than that, she
laid with Quincy Jones.

He is clearly overrated and the fact that that man is praised and honoured is beyond belief.
That woman of his must be twisted; she chose to marry a person who abused and molested a child; he drugged her and raped her vaginally and anally, a thirteen-year-old young girl!
He is a pervert, a sicko, just look at the shitty movie Bitter moon, or don´t.
I saw it and I regret it; it´s a shame and I hate that movie.

The Anti-Defamation League was formed to spring Leo Frank. A possee of Southern men didn’t let it happen, and they have been after them ever since.

At least Charlie Manson had one correct address.