The Fame of a Dead Man’s Deeds Audio Book: The National Alliance 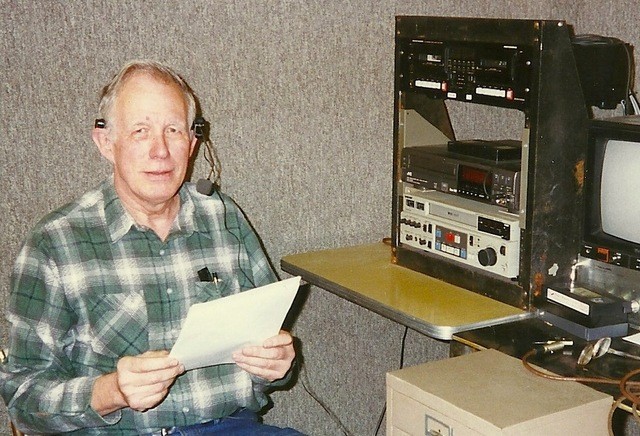 WILLIAM LUTHER PIERCE was born 84 years ago today. The political organization he created, the National Alliance, is 47 years old if we count its earliest incarnation, the National Youth Alliance, which began in 1970. It is still making the news today in 2017, 15 years after Pierce’s death. In this week’s audio book version of Pierce’s biography, we take an incisive, detailed look at the founding of the Alliance from William Pierce’s own close-up, intimate perspective. (ILLUSTRATION: Dr. William Pierce in the recording studio at the West Virginia National Alliance campus.)

What were Dr. Pierce’s motivations for taking an independent path after his close association with George Lincoln Rockwell? And if he was to take this new path, what brought him to the doorstep of Lou Byers and what had, up until that point, been more or less a fundraising scheme by Willis Carto? What was the meaning of the National Alliance for Pierce personally, and what meaning does it have philosophically and politically, in today’s “diverse” world? You’re about to find out.

Today we rejoin Vanessa Neubauer in her reading of this week’s installment, chapter eight, of Professor Robert S. Griffin’s masterful biography of Dr. William Luther Pierce, The Fame of a Dead Man’s Deeds.

How did Dr. Pierce, an American scientist and academic, come to found the most influential racial-nationalist organization in America? What were his goals? To what extent did he succeed? Listen in to this fascinating intellectual journey by pressing the play button below (or at the end of this article).

The only real biography of Dr. Pierce is Professor Robert S. Griffin’s The Fame of a Dead Man’s Deeds, which was published in 2001. This week we continue with the eighth chapter, “The National Alliance,” of the book. Experience William Pierce, the writer, the philosopher, the radical — and the builder of an intentional White community in the mountains of West Virginia — just as Robert Griffin experienced him, by pressing the play button now.

The Legacy of William Pierce

The Fame of a Dead Man’s Deeds Audio Book: The National Alliance