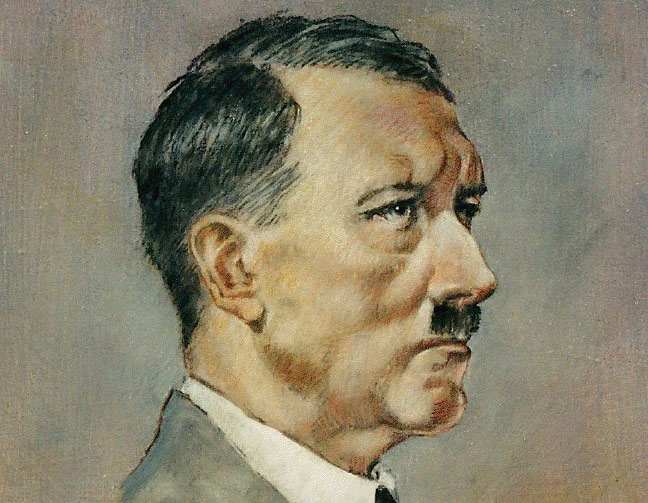 This week we look at how Adolf Hitler influenced the thinking of William Pierce. Upon hearing how Hitler’s thoughts and achievements inspired Dr. Pierce, especially when presented by one as objective — and even skeptical — as Robert Griffin, even a listener who is initially hostile can come to a new understanding.

by Bradford L. Huie
for The American Mercury
(portrait of Hitler by William White Williams)

This week our presentation is likely to be more controversial than anything we have ever published in the Mercury before — a look at how Pierce, an American scientist and academic, was deeply influenced by the man more hated than any other in history, Adolf Hitler.

The only real biography of Dr. Pierce is Professor Robert S. Griffin’s The Fame of a Dead Man’s Deeds, which was published in 2001. This week we continue with the fifth chapter, “Adolf Hitler,” of the book. Experience William Pierce, the writer, the philosopher, the radical — and the builder of an intentional White community in the mountains of West Virginia — just as Robert Griffin experienced him, by pressing the play button now.