Like the Soviet Union of yore, contemporary America is in the grip of an ideology, a system of ideas not derived from any empirical study of the world around us, but which provides an account of the world, establishes an aim to be pursued and rules for pursuing it, and (most importantly) legitimates the power of some men over others… In the ideology which prevails in present day America, the ideological enemies are the abstract groups denounced in Trump’s second Charlottesville remarks: racists, supremacists, haters and bigots, Nazis and the KKK… In the Soviet Union, communist politicians learned to spit out denunciations of communism’s demons in their sleep.  — F. Roger Devlin

While establishment functionaries continually denigrate normal Whites as ignorant, hate-filled bigots, look at the video documentation of how their own shock troops — i.e., useful idiots — behave in the real world. Does this shameless temper-tantrum not recall the “Two Minutes Hate” from Orwell’s 1984?

Charlottesville and the Car-Crash Policing of a Demonstration 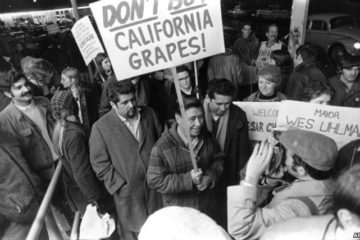 This is what results when you have a multiracial society, led by malignant, malicious aliens.

These apostles of ‘tolerance’ and “anti-bigotry” are showing their true color (red) and really exposing what ugly hypocrites they truly are.

That’s okay, my resolve to support and defend Team White was supercharged big-time since this past Saturday–and I was already a pro-White “extremist.”

Have faith, in the end, Whites Will Win.

I have noticed that the fiendish assault against the ol’ Southern Confederacy is led by mobs and fanatics. The South is perpetually insulted for repelling a leviathan invasion as best it could — fighting for its birthright.

If that slag had given me the finger, I would have shot up my two fingers. Lord help her had she put her hands on me. Funny, how all of this Anti-Confederate activity came about in the last two years. As my friends in the States tell me, we see the most troublesome group telling and demanding like the spoilt little brats that they are.

Obumma set this anti-white agenda but the jews have been in control of our media and higher education for decades, the anti-fa commies are products of this continuing propaganda and are unthinking ideologues. We are witnessing the Maoist cultural revolution minus the little red books.

The “woman” in the photo, with her glazed eyes and down-turned grimace as she holds up her fingers… looks exactly like a birdie-flipping zombie.

These white libtards are no better than the negroes or the latinos.

Tolerance and apathy are not signs of great civilizations.