Hostile media coverage is often so ineptly done that it simply helps spread the National Alliance message, and this controlled media report is an example. Telling the public that the rabbi hates our message is a helpful addition indeed.

DAVENPORT (via WQAD)– Hate speech, in the form of fliers, is popping up in Davenport neighborhoods and parking lots. And one local group is taking a stand.

Mom Jacenia Snyder and her little boy Collin take a playground breather to learn how to tie shoes.

After Collin runs off to play, mom learns something far more troubling than untied laces. 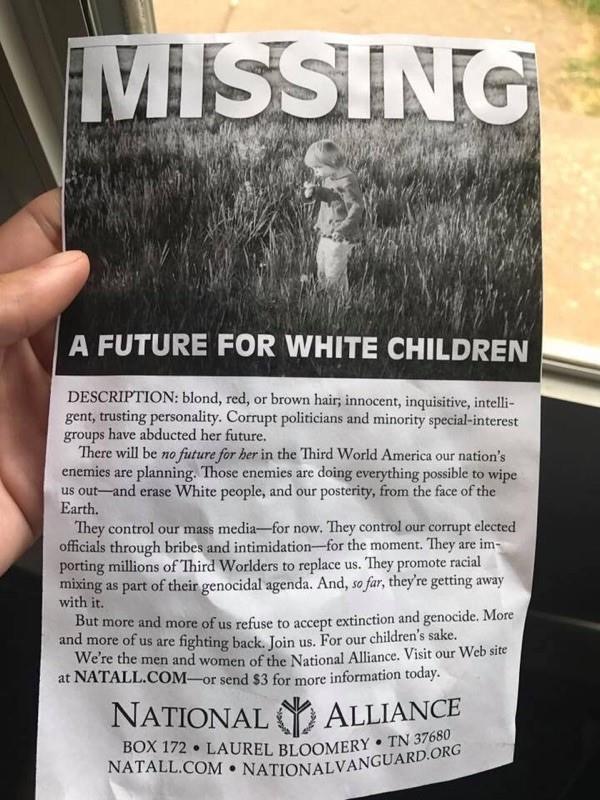 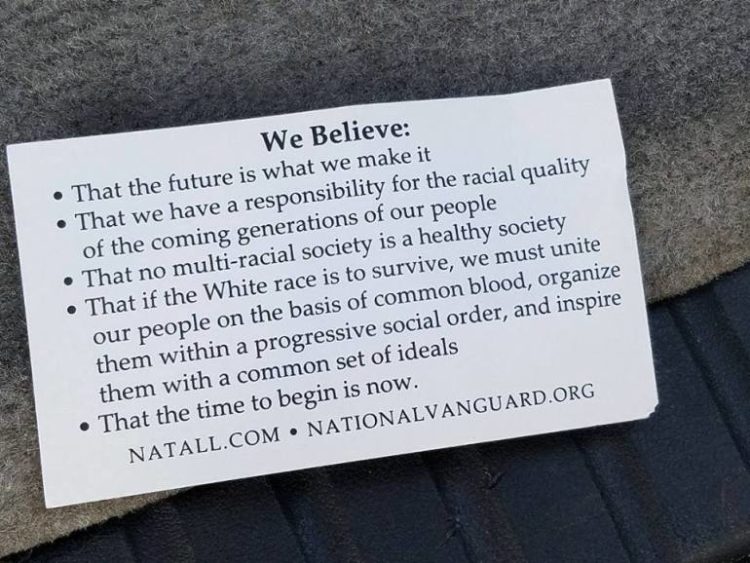 “Kind of like stuff you see on the news, but you don’t ever really think it would happen about here,” says Snyder.

It was just last weekend when the fliers started showing up on drivers’ windshields.

The title reading, ‘missing: a future for white children’. The fliers condemn things like ‘racial mixing’. Another flier appearing from the same source says the group believes things like ‘no multi racial society is a healthy society’ adding ‘the time to begin is now’.

The group responsible for the fliers is the National Alliance, a white supremacist group that’s been around the country since the 1970s.

QC Rabbi Henry Karp won’t stand for this message, but he recognizes it is free speech.

“With this flier, there is no question that hate is here in our community,” says Rabbi Karp.

He’s spreading a message for people to stand up and act before the racial tensions escalate.

“Let the person know who is saying these cruel things, no, that you don’t share those views, and you find their views to be obnoxious and hateful,” says Rabbi Karp.

“We’re all people, we’re all human. We all make the same mistakes. We might have different places we come from, different beliefs, but that doesn’t mean we can’t coexist,” says Snyder.

It’s a message this mom hopes her son never forgets.

“I hope he definitely keeps that as he gets older,” says Snyder.

The local group One Human Love QCA is holding a “No Hate” rally directly in response to the fliers next Wednesday. It will start at 12:15 at Davenport’s Vander Veer Park. Everyone is invited.

More National Alliance fliers are available free at our flier repository at natall.com/fliers.

The Question of Whites With Amerindian Ancestry
American Dissident Voices: More Debt for Us, More Children for Them
Thomas Mair, Jo Cox, and the National Alliance
Generation Identity Activists Occupy Social Democrat Offices in Hamburg and Berlin
Winning
Talking About It — and Making It Happen
The Land: 30 Years of White Community, part 2
Forward Momentum: An Interview with Will Williams, part 1
Tags:ActivismIllinoisIowaNational AllianceWhite activism

A White Future is Coming: An Interview with Bob Whitaker 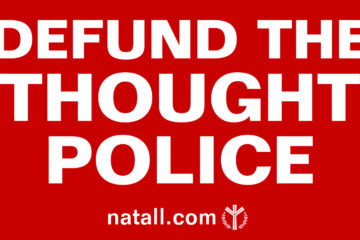 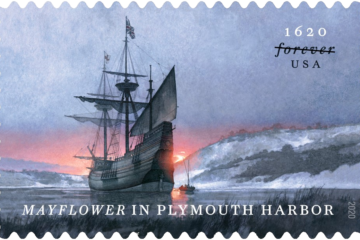 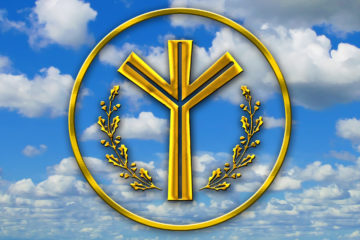 I can’t even describe the joy I got learning that Rabbi Henry Karp hates your fliers. Great work, and Hail Victory.

I must say that “Karp” is a fitting surname for a rabbi, “carp” meaning “marked by or inclined to querulous and often perverse criticism.”

I will add that carp are an invasive species in many environments, just like the Jews.

Oh, no. White people want to preserve their race and future. That can only lead to ONE thing: gas chambers! It’s both interesting and obvious that anytime something like this comes up, they ALWAYS go to a jewish organization or a rabbi for a “response”, not a priest, not law enforcement, not the ACLU; it’s always a jew. That’s so they can reinforce the subconscious holohoax thought patterns in the sheeple without ever having to bring it up directly. That’s how ingrained it is in people’s minds.

The National Alliance should have hundreds of activists putting out our literature all over the country, but it’s like our people are either paralyzed with irrational fear or suffering from moral cowardice. What’s to fear?

Quit spectating and be welcomed into the arena, White man! Join here and get active: https://natall.com/about/what-is-the-national-alliance/

The response from the rabbi and the media is so typical. They use the terms “white supremacist” and “hate” to condemn a perfectly legitimate message. This is the sort of psychological trickery and associative conditioning that they have always used against gullible whites to frighten them from speaking out, and it works, for many. But the rest of us know what rabbi Karp’s tribe are up to and refuse to keep silent or be persuaded by their phony pretense of promoting “love” over “hate”.

Will Williams
Reply to  BW

The more Rabbi Carp flaps his everted lip about us “evil” thought criminals, the deeper he’s digging his hole…and dragging in a local preacher and a few other “Quad-Citians of good conscience” with him. http://www.qconline.com/news/local/quad-cities-residents-plan-aug-rally-against-hate/article_7b943802-242d-53b6-bc51-9a818178b084.html — DAVENPORT — Area residents are planning a No Hate Rally 12:15-12:45 p.m. August 16th at Vander Veer Park in Davenport. “The point of the rally is to gather as many Quad Citians of good conscience as we can to express their feelings that hate and hate groups do not reflect the spirit of the Quad-Cities and what the Q-C is all about,” said Rabbi Henry Karp, one of the organizers of the rally. [He and his rainbow group organized this No Hate Rally at Carp’s Temple Emmanuel in Davenport] “The National Alliance is the… Read more »

Seeing our people rising up and joining the National Alliance has strengthened my resolve to act. Take the challenge to spread our literature every day of the month!

There was a time when, if some GD rebbe gave three days public notice that he and his ilk were planning a No [National Alliance] Rally 12:15-12:45 p.m. August 16th at Vander Veer Park in Davenport, we would see that as a perfect opportunity for a great photo-op for a few Alliance members with our own professionally-made placards, and a chance to show our determination that White Americans will not “be replaced” by aliens and churchmen. That time is almost here again, Daniel. It just takes a few more men and women with the moral courage to stand with us and say, ENOUGH of this BS!!! A certain percentage of long-suffering Quad-Citian Whites who read the text of that National Alliance MISSING flier — that the local TV station unwittingly… Read more »

Report of 700 anti-hate protesters showing up today in Davenport: http://wqad.com/2017/08/16/qc-anti-hate-group-plans-no-hate-rally-at-vander-veer-park-in-davenport/

A few of our counterprotesters were escorted out of the park because they did not have a permit. Pft!

David Pringle
Reply to  Will Williams

I counted 5 young White men. I hope they visit http://www.natall.com and join us.

JM/Iowa
Reply to  Will Williams

The rabbi said “everyone is invited” to this event.

It seems that “everyone” means only those who agree with the rabbi.

Extra! Extra! Read all about it:
“[A]t 9:44 p.m. Monday, a call came in to Bettendorf police about a large swastika drawn in a bed of mulch at Meier Park, 6th and Holmes street… An officer was dispatched, but he did not find anything.”

When a Jew claims to have seen a swastika drawn in a bed of mulch (the horror! the horror!), I see a pile of manure in the form of a star of David.