TOLERANCE MOTIVATED by abject cowardice and/or pecuniary gain combined with nihilistic apathy toward your own destruction are the only remaining virtues of our State Religion. The duties of a good Gentile within this Marxist synagogue are few, mainly silence and suicide. The unforgivable sin, the last remaining evil of a new dark age, is displaying any pride in your ancestors or concern for your descendants. Suffice it to say, this vile heap of Communist manure that serves as a perverse spiritual center in far too many must be destroyed and replaced with the healthy traditions of family, shared culture, and sincere religion. You’re probably getting none of that at the typical Current Year cucktian church where appeasing the Jew and preaching genocide in the name of some amorphous “right thing to do” has replaced sound doctrine.

A diverse group of 62 pastors from the Lincoln, Nebraska, area have signed a statement calling White supremacy and Neo-Nazism “blatantly sinful.”

Here in the middle of fly-over a group of “pastors” who resemble the cantina scene from Star Wars more than a holy synod meet to attack Whites and only Whites, on orders from g*d’s chosen. The same false teachers who endorse the sodomite agenda, “Jay-sus wants you to be rich!” tripe, Muslim appeasement and generally completely abdicate their responsibility to a constantly shrinking congregation are here to tell you about the evils of “Nazis.” “Nazis” are defined, of course, as anyone who opposes the planned demolition of our country by Big Jew.

As of last weekend, 62 pastors signed the “United Pastoral Statement on Racism” in response to the violent “Unite the Right” rally in Charlottesville, Virginia, earlier this month.

Knee-jerk pursuit of secular virtue points will certainly restore your dying churches. We don’t want timeless values or a transcendent link to the past, we want you to sign your name on some kommissar’s list.

The statement declares that while “all people are created in God’s image,” nevertheless when it comes to what people believe, “not all ideologies are godly.”

All animals are equal, although some are much more equal. Some ideologies are sinful, specifically anything that’s pro-White. We can’t figure out why we’ve lost all moral authority and now preach kosher “social justice” to empty pews, it must be the work of the devil.

“Any ideology, such as White Supremacy or Neo-Nazism, which states that one person is superior to another is blatantly sinful,” reads the statement in part.

Here’s some selections from the Talmud:

Also see Kerithoth 6b under the sub-head, “Oil of Anointing” and Berakoth 58a in which Gentile women are designated animals (“she-asses”).

Jews are Divine, Sanhedrin 58b. If a heathen (Gentile) hits a Jew, the Gentile must be killed. Hitting a Jew is the same as hitting God.

O.K. to Cheat Non-Jews, Sanhedrin 57a. A Jew need not pay a Gentile (“Cuthean”) the wages owed him for work.

Jews May Steal from Non-Jews, Baba Mezia 24a. If a Jew finds an object lost by a Gentile (“heathen”) it does not have to be returned. (Affirmed also in Baba Kamma 113b).

Sanhedrin 76a. God will not spare a Jew who “marries his daughter to an old man or takes a wife for his infant son or returns a lost article to a Cuthean…”

Jews May Rob and Kill Non-Jews, Sanhedrin 57a. When a Jew murders a Gentile (“Cuthean”), there will be no death penalty. What a Jew steals from a Gentile he may keep.

Baba Kamma 37b. Gentiles are outside the protection of the law and God has “exposed their money to Israel.”

Jews May Lie to Non-Jews, Baba Kamma 113a. Jews may use lies (“subterfuges”) to circumvent a Gentile.

Non-Jewish Children Sub-Human, Yebamoth 98a. All Gentile children are animals.

Abodah Zarah 36b. Gentile girls are in a state of niddah (filth) from birth.

I eagerly await a full disavowal of Judaism and its vile lies from the Nebraska cuck council — I’m sure we’ll get it right away.

“We call upon the leaders of our city, state, and country to take a stand against the numerous groups in Charlottesville and throughout our country who claim these evil ideologies.”

Denounce it again, Trump! You were supposed to deny them three times before the rooster crowed and you only did it once!

Pastor Scott Martin of Hope Community Church, a White church leader with three adopted African-American children, was one of the signatories and wrote the first draft of the statement.

“As a group, we hope that racial inequality along with other sins would be eliminated by our churches working together,” said Martin.

The church itself being eliminated and replaced with a mosque is much more likely.

“I believe that ideologies like the KKK or Neo-Nazism often come from a lack of proper education regarding racial diversity. But they also continue because of lack of people speaking up against it.”

If every White person would just live in a ghetto for a year or two that would immediately cure their “racism.” This is a special kind of delusion, bordering on complete do-gooder psychosis.

Martin explained that since the statement was made public, he has found “an overwhelming support” coming from “people from all walks of life in Lincoln.”

Comrade Stalin more popular than ever!

“I hope that Lincoln Christians can set an example for the rest of the country as churches strive to stand up against these ideologies.” 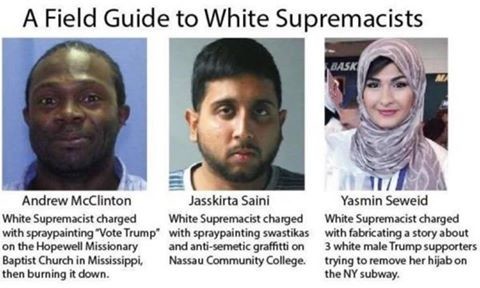 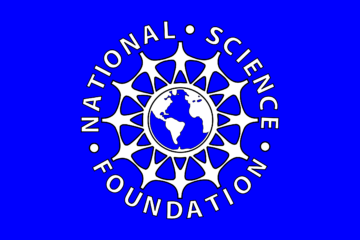 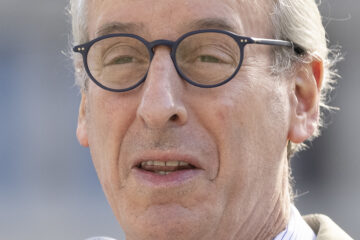 I notice that no one ever mentions the scriptures from the New Covenant(New Testament) that warn us about this group of people, here they are, read it for yourself,
Revelation 2:9
Revelation 3:9
Jesus knew them best and called them out here in
John 8
Maybe if people read the bible they would not need to go to church and be lied to.

Mark: “I notice that no one ever mentions the scriptures from the New Covenant(New Testament)… [snip scriptures]”
—

That’s because nationalvanguard.org, the online magazine of the National Alliance, is not a Christian site. We do not “believe” in that bible stuff. We tend to upset christlings when we mention how Semitic their scriptures are. Lots of folks like what we say about the Big Jew Book, however.

—
Maybe if people read the bible they would not need to go to church and be lied to.
—

We do not need to read bible scriptures to know not to go to Christian churches. We’re beyond that here, thanks.

JimB
Reply to  Will Williams

And I’d add: Many of us have been churchians in the past, before waking up. I say “churchians” instead of Christians to denote that the vast majority of church-goers don’t really follow the supposed teachings of ‘Jesus’ anyway; they just like playing church.

I myself grew up reading “the Bible”, going to church and all that noise. I was pretty deeply under the Semitic “God-spell” (which happens to be the real meaning of the word ‘gospel’, btw). Glad I was able to shake it off in my later years!

Gospel= almost to good to be true news
This is actually the meaning, Jesus died for the sins of the world, those who believe on him are forgiven, those who do not are dead already( john 3:16-20)
Religion= return to bondage
Thank you for your kindness, I am a first time poster.
Look forward to more great articles.

You just do not get it, Mark.

I get way more than you think. I see who is behind all of the issues in the world, not many people see or understand that. You are right about what you say and I am in agreement, but I know things that you don’t know and you know things that I don’t so please don’t attack my intelligence and I won’t attack yours. You believe what you want and don’t attack others who don’t agree with you, that is a major problem with the world today. If you need to prove your viewpoint then post the facts and allow people to make an educated decision based on the facts, if they don’t agree then don’t waste time arguing with them or calling them names, it’s a waste of time… Read more »

Mark: If you need to prove your viewpoint then post the facts and allow people to make an educated decision based on the facts, if they don’t agree then don’t waste time arguing with them… — Excellent advice from one who is unfamiliar with the facts as we — who used to be where you are now — have come to understand. Once you do come to understand the truth in what the Founder of the National Alliance teaches, you’ll soon cease using bible scriptures to “educate your decision.” Dr. Pierce from his February ‘89 National Alliance Members BULLETIN: — “The greatest obstacle to the survival of our race is Christianity. Even with all their malice and cunning, the Jews would pose no real threat to the race were it… Read more »

“Imagine that Dr. Pierce, Dr. Oliver, Ben Klassen, even Bob Mathews, began their own journeys into serious politics in the now ridiculous-looking ‘Christian-conservative, anti-Communist’ John Birch Society. The above-mentioned truth-seekers all, independent of one another, came to see JBS as controlled opposition.” One could add Kevin Alfred Strom to the above list.

Perhaps one way of thinking about Christianity and its secular derivatives is to regard it as an operating system that’s riddled with security holes and infected with malware that enables the Jews to hack the minds of the goyim. Christianity is hopelessly vulnerable to Jewish subversion, regardless of the “security patches” of certain forms of Christian doctrine and culture — forms that are now dead or destined to remain marginal and ineffective.

I understand the hate for what the modern church. But there is ample evidence of anti-semitism in the NT, early Church Fathers, and even the Reformers. Instead of attacking the religion as a whole, maybe mock the current leadership for not following its own founders. Hypocrisy and subversion, etc. It would be more appealing to professing Christians since it is not striking at the core of their identity. Even if you dislike the religion, it is still very important in many people’s lives. It’d be like attacking modern tech and advocating for replacing it. You never have to directly profess or proselytize at all. Just point out their break with tradition and mock them even Harder. As well, it creates a much stronger indictment of the cuckiness of the church… Read more »

John A Bernhard
Reply to  Georgie

Proof Americans on the whole are dumb as Hell.

I must reluctantly but essentially
agree with you. I imagine the
numbers will begin to significantly
begin to thin them out beginning
early next year – when the KILL
SHOTS start to take their toll.