ON SEPTEMBER 7, 2016, shortly after 5 pm, Clifford Currie, a Black male who worked as a “counselor” at Fort Leavenworth Military Hospital, entered the office of Army Lt. Katie Blanchard carrying a plastic bottle filled with gasoline. Currie doused Blanchard, his boss, with the gasoline and set her on fire while using a razor blade to cut her about the face and neck. Eyewitnesses who testified in the trial stated that Currie was not satisfied with just lighting his victim on fire and slicing her with a razor. Currie continued the heinous crime by stepping on Blanchard’s throat while stabbing her with scissors as she burned. A Kansas District Court official confirmed that Currie now faces up to 20 years in prison after being convicted of assault with attempt to commit murder.

Luckily for Blanchard, there were able-bodied witnesses present during the crime, some having the courage to push Currie away, thus stopping him from continuing to stab Blanchard as her face was engulfed in flames. While Currie was being restrained by military colleagues, Blanchard, covered in blood and badly burned, screamed, “I told you this would happen!”

Thankfully, Blanchard survived the attack and has been receiving treatment at a burn facility in San Antonio. She has been sharing her progress with friends and family on Facebook where she proclaims that she is “pleased with the conviction but is still grappling with the trauma of the attack.”

“I’m very grateful and very thankful,” she said. “While [Currie] going away is sort of a relief for me, I wasn’t expecting it to be like this,” Blanchard says. “I thought I’d wait this year, he’d be sentenced and I’d find some kind of peace. But it’s hard to find that peace when so much has been taken from me.”

What has been taken from Blanchard, you ask?

Blanchard’s attorney believes the Army should be held responsible for the attack, alleging the Army “ignored the warning signs.” What warning signs? How about more than 20 negative work-related and behavioral write-ups of Currie by hospital leadership citing such things as threats of violence, insubordination, loud outbursts, poor work performance, tardiness, use of foul language, and directing offensive ‘racist’ comments toward Blanchard personally. Although Blanchard had reported her fear of Currie as well as his poor work performance to leadership at Fort Leavenworth Military Hospital, her warnings and fear for her life went unheeded. Base leadership, up to and including the Commanding Officer, are on record as being officially warned about Currie’s history of outbursts and threats of violence.

“Katie and her family are very satisfied that Currie is being held criminally accountable, however the Army could have prevented this and they didn’t,” attorney Will Helixon says. “So now we’re looking to hold those in the military who ignored the warning signs accountable.”

In the criminal complaint, witnesses said Blanchard had voiced her concern about Currie and even asked to have someone accompany her when she worked with him directly. According to Blanchard, her requests were denied every time. The Army Health Center and Army officials have yet to comment publicly on Currie’s attack of Blanchard.

Blanchard began working in the same department with Currie in late October 2015 and went on maternity leave one month later. During that time she had not had much interaction with Currie. However, when she returned from maternity leave, Blanchard began to spend more time working with him. After an unsolicited argument in his office, she said that she felt very uneasy around him. “He looked at me and he was wild and he was aggressive,” she says looking back to the encounter in January. “I really felt like he was going to hurt me.”

From that moment on, Blanchard spoke to multiple supervisors at the hospital, even submitting a memorandum on his behavioral issues. Blanchard alleges that no action was taken. “When I was lying on the ground being cut and burned, I just thought ‘You guys did this, you knew this was going to happen and you allowed this to happen,’” she says looking back. “I felt utterly let down.”

Considering the state of the legal system in the US and the number of appeals that convicted violent criminals are allowed, and the fact that Currie is currently claiming “mental illness” (possibly to be attributed to “White racism,” as such Black pathologies often are these days), it is unclear whether Clifford Currie will ever fully serve his sentence. However, what is crystal clear in this case and what has been documented in many National Alliance articles and American Dissident Voices broadcasts — and even in the mainstream media: Out-of-control Blacks love to light Whites on fire. Over and over and over again we have seen it: Blacks light White homeless man on fire; Blacks light White children they are supposed to be babysitting on fire; Black “boyfriends” light their White girlfriends on fire; Blacks commit home invasions and light the White homeowners on fire; Blacks light White elderly people on fire; Blacks light White classmates in school on fire; Blacks rape White women, murder them, and burn their bodies . . . et cetera, et cetera, ad infinitum. Lighting Whites on fire is a Black thing. The fact that Blanchard is married to a part-Asian does not at all change or mitigate these facts or this horrific crime.

Katie Blanchard was a White woman working on a US Army base among many highly-trained and armed White military men. Men who have sworn to protect and defend their people. Katie Blanchard begged her male brethren and her White male leaders in the Army for help and protection and they ignored her pleas.

Nature will not tolerate these conditions indefinitely. The natural order of things is such that any human group that refuses to protect its women and its young will eventually cease to exist. Unless White men start acting like men by defending their women and children, the extinction that our enemies have longed for is certain to come.

Please see the video below for more information on the crime as well as before and after pictures of Katie Blanchard.

Unspeakable Monsters and Giving Thanks the Right Way
Portland Struggles With Gang Violence: 13 Shootings in 2 weeks
Shhhhh... Another Hush Crime
Why the Disparate Impact Doctrine is Bad Law
Doctors Accused of Being Vampires Attacked in Malawi
Mass Murder and Slavery: White Monopolies? Hell, No!
Blacks in the Real World
Is There Such a Thing as a "Good Murder"?
Tags:Black crimeClifford CurrieKatie BlanchardMurderWorkplace Murders

"You White, Bitch": The Real Face of Hate 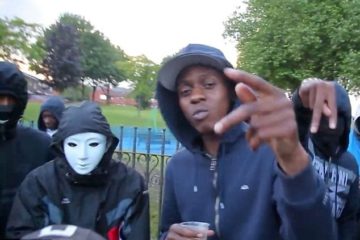 My guess: Negro made sexual overtures to White female. White females, for whatever reason, didn’t want anything to do with negro male. Result: negro male, with usual lack of impulse control and proclivity to violence, especially interracial violence, chimped out.

On the other hand the White female married interracially. Not sure what her attitudes before encountering negro male were in regard to White race and what it is enduring in this (jew dominated) nation.

So, no sympathy here until that is brought to light. Sympathy reserved for those Whites who avoid other races and still get attacked by non-Whites.

It’s obvious. The army took no preventative action against Currie because they were afraid of appearing “rayciss” and of course, a lawsuit. Well, now they got a lawsuit whether they like it or not. I’m not sure it’s even possible to sue the U.S. Army, but I hope Blanchard gets millions. This is a prime example of the White cost of black privilege. Such a tragedy.

This story is one helluva read. Never heard of this story until today. Interesting screenshots of your google search when inputting those involved names into their search engine and coming up with zero results.

Very interesting site with a wide array of news, commentary and opinions.

More vile disgusting negro cancer (affirmative action) pervading EVERY square inch of White nations, neighborhoods, industry and society….
When a qualified White man’s job is stolen from him and given to this incompetent useless negro filth it CONTINUES it’s savage behavior…
It’s Aesop’s fable about the frog and the scorpion….

There are thousands of incidents like this.
Gov and all major institutions have a hush policy on black crime, especially when against Whites.