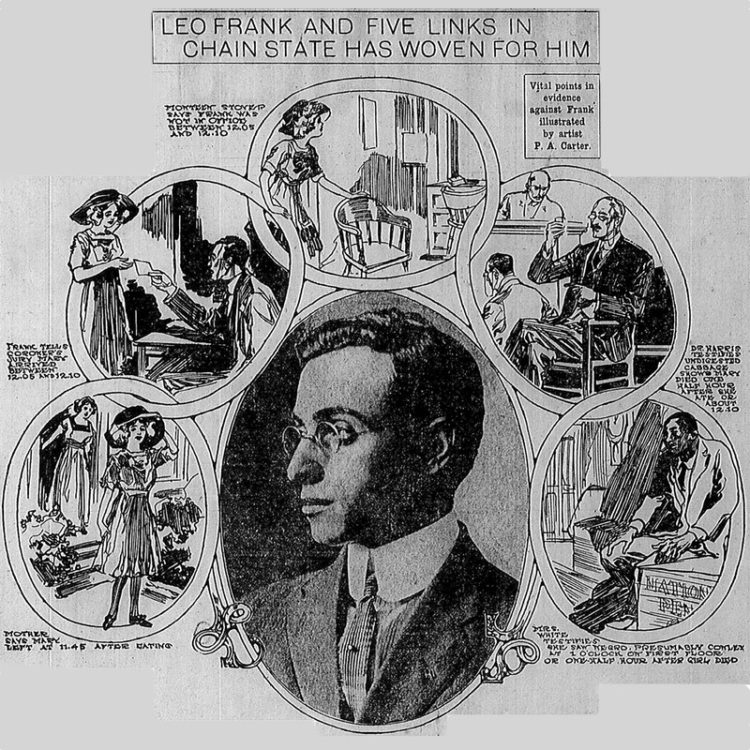 ONE OF THE GREATEST triumphs of historical writing in the last decade was the American Mercury’s centenary series on the 1913 trial and conviction of Jewish sex killer Leo Frank. Now the entire series is being produced as an audio book for our readers, beginning today with the first installment.

Frank was a sweatshop operator who was convicted for the murder of one of his employees, 13-year-old Mary Phagan, whose abused and strangled body was found dumped in the factory basement in the early morning, just 15 hours after Leo Frank had been the last person known to see her alive. Frank’s case galvanized the Jewish power structure into launching an all-out nationwide propaganda war to exonerate Frank, a campaign which ultimately failed to save Frank, but which led to a consolidation and coordination of Jewish power that had never been seen before, and which still exists today. In its wake, the first notable Jewish spy and private intelligence agency, the ADL (“Anti-Defamation League”) was founded.

The almost unbelievable twists and turns of the case — the subornation of perjury and planting of fake evidence — the attempt to frame two Black men for the crime that Frank committed — the bizarre hoaxes perpetrated and still promoted by the Jewish lobby today, like the nonexistent “tooth marks” on Mary Phagan’s body and the fictional “anti-Semitic mob” which supposedly threatened even the judge and jury with lynching, yet which went unmentioned by anyone until Frank’s appeals were launched — all make for some of the most exciting American history you will ever hear.

We are pleased to announce that the Mercury has commissioned Vanessa Neubauer to create an audio book of the entire series of articles, which will be released here one article at a time to approximately correspond to the week-by-week progression of the trial.

This week’s recording is the first of the series, the Introduction, and you may download or play the program using the link below, and you may also follow along and read the text version too.

The Revolt Against Civilization: The Menace of the Underman (Part 2)