WE ARE FIGHTING for our survival and future against an enemy with almost unlimited resources, from shekels to worthless brown outsiders to act as foot soldiers. Fractional reserve banking and fiat currency have become the bullets and bombs, rapefugees and enemygrants the shock troops. Most Western countries won’t even acknowledge they’re under kosher attack, let alone start resisting the planned demolition of our homelands. Let’s just accept the new reality of young girls transformed into wet crimson chunks by the religion of peace, manipulation of currencies, jobs that aren’t coming back and the steady demographic annihilation of our national identity. Some White nations are still skeptical of Jew-assisted suicide. In Hungary the battle lines have been openly drawn.

A European leader actually notices reality while a decrepit and vile semitic hell-spawn engages in what its fellow tribesman Sigmund Fraud would call “projection.”

Orban alleged that the Hungarian-American investor was paying “agent-like networks” of non-governmental organizations to enforce his policies, including the promotion of migration, in Europe and Hungary.

Yes, there is ample evidence for this. However, consider this compelling counterargument: You’re a racist!!! Racism!!!!

“This is a declaration of war,” Orban said on state radio. “We are facing a financial speculator who has made a lot of money while … plunging many into poverty.”

We are in an existential struggle against the Jewish enemy within. There is no prize for the loser. No one will care if we “did the right thing.” The darkness of the grave isn’t interested in our imaginary and cowardly virtues.

“I am full of admiration for the courageous way the Hungarian people have resisted the deception and corruption of the mafia state the Orban regime has established,” Soros said, describing the “mafia state” as the current equivalent of a totalitarian regime — “one which maintains a facade of democracy but the rulers use their control of the media, the judiciary and the other levers of influence, to enrich and maintain themselves in power.”

The Jew wails about “democracy” while locking people up for speech and thought crime, flooding your country with dangerous alien outsiders, destroying your currency, pouring vile pollution into the cultural well, attacking your faith and your family and plotting your ultimate enslavement and destruction. It cries out in pain as it hits you, expresses moral indignation as it produces the most vile demonic evils, talks about free and open societies as it silences all opposition and praises its own goodness while preparing a mass grave for the hated shkotzim.

Orban said Soros’ policies were “elitist and anti-democratic” because they were opposed by the Hungarian people.

Yes, there are some European leaders who haven’t been gelded.

“The Hungarian government is defending the borders, built fences, and under these circumstances the Soros plan can’t be carried out,” said Orban, who has become a European standard bearer for opposition to immigration, especially by Muslims from the Middle East and Asia.

It was always this easy. Build a wall. They have to go back. When the name-calling has stopped, when the ancient Jew bastard has gone to hell, when Western Europe is a smoking ruin, Hungary will still be standing tall. You could have done it, too.

The ideological conflict between Soros and Orban, who has vowed to make Hungary an “illiberal state,” has deepened in the past months after parliament approved legal changes which could force Central European University, founded by Soros, to leave Budapest.

The communist indoctrination center gets the boot. Make Hungary illiberal again. This is a fundamental transformation back to common sense Nationalism we must make if we’re going to survive. White gentiles will be at the center of this transformation and may be resented by globalist nation wreckers because of our leading role in saving our lands.

Why Jews Must Be Excluded From All White Societies
Books and Freedom
Nebraska: How a Jewish Wall Street Vulture Killed an American Town
A Misleading Article About Race in Scientific American
Slovakia Will Build Wall and “Never Accept a Single Muslim” Says Prime Minister
War Is Ugly
Death in Oregon
The Nature of the Beast
Tags:George SorosHungaryJewsNon-White ImmigrationViktor OrbanWar

Seeding the Stars With Human Life

Zionism and Israel: A Primer 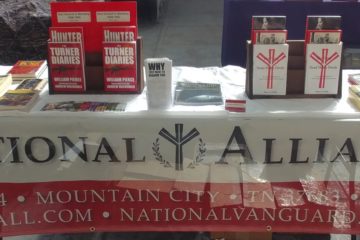 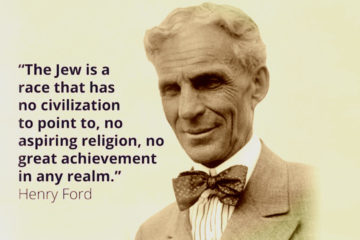 “We are in an existential struggle against the Jewish enemy within. There is no prize for the loser. No one will care if we “did the right thing.” The darkness of the grave isn’t interested in our imaginary and cowardly virtues.”

Love the last sentence too, using Barbara Lerner Specter’s words against her.

It all started long ago, and we are picking the fruits of the betrayal perpetrated by the post-war profiteers. When I was a young man, in the early 80’s, I applied to be a officer in the Italian army; in the interview which I had with a colonel, I was asked about the reasons for my application: “I want to put my strength and my intelligence at the service of my fatherland” was my answer. The reply of the man in uniform was quite clear: “The army doesn’t like this kind of attitude, you better find another way to run your life.” Being a 19 y.o., I didn’t have a clear picture yet. Italy not only lost a war in 1945, she lost her soul. May God give a chance… Read more »

Nicola
Reply to  THE ROMAN

I like the title of this piece. Accurate and resonant.

Anthony Collins
Reply to  A. Dwoker

Yes, the title echoes that of the front page article of the Daily Express (London) for March 24, 1933: “Judea Declares War on Germany.”